“The PTAB noted that, while Congress has provided estoppel in limited circumstances such as estoppel based on a party’s previous challenge to the same patent, contractual estoppel as a defense to PTAB proceedings wasn’t provided in the America Invents Act.” 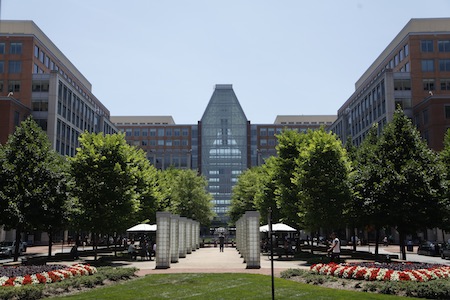 The Patent Trial and Appeal Board (PTAB) recently issued its first-ever preliminary guidance on motions to amend claims filed by patent owner Sanofi and, although the substituted claims haven’t escaped an obviousness challenge from Mylan, patent owners might be able to use that guidance as a roadmap for their own motions to amend claims. In other PTAB decisions between October 1 and 16, USAA escaped covered business method (CBM) reviews based on the technological invention exclusion, NHK Spring factors led the PTAB to deny two inter partes reviews (IPRs) petitioned against TRUSTID patents, oral hearings were held in Apple’s IPRs against Qualcomm, despite the patent settlement agreement between the two firms, and NuCurrent failed to avoid Samsung IPRs after arguing issue preclusion based on district court litigation of a forum selection clause in a contract between the two companies.

On October 16, the PTAB issued preliminary guidance on motions to amend patent claims in three IPR proceedings petitioned by Mylan to challenge patent claims owned by Sanofi. According to Law360, this marks the first time that the PTAB has issued such guidance under a pilot program for motions to amend filed in America Invents Act (AIA) proceedings, which gives patent owners the opportunity to seek preliminary guidance from the PTAB on such motions.

Two of the preliminary  guidance filings have been entered  in a pair of IPR proceedings challenging Sanofi’s U.S. Patent No. 9526844, Pen-Type Injector. It covers a pen-type injector for medication where users can set the dosage levels. In both IPRs, Sanofi is seeking to substitute claims 21, 23, 24 and 26 through 30 of the ‘844 patent. In both cases, the PTAB found that Sanofi’s proposed claim amendments satisfied statutory and regulatory requirements including a reasonable number of substitute claims, amendments that respond to an asserted ground of unpatentability, no enlargement to the scope of the claims and no new subject matter to the claims. In assessing the patentability of the amended claims, the PTAB found that all of the proposed substitute claims are likely unpatentable for obviousness.

The other preliminary guidance  was provided in an IPR challenging Sanofi’s U.S. Patent No. 8992486, same title as the ‘844 patent. In this case, Sanofi is seeking to amend claims 51 through 57 of the ‘486 patent. Similar to the preliminary guidance on the ‘844 patent’s amendments, the PTAB found that while Sanofi satisfied the statutory and regulatory requirements, the proposed substitute claims are likely unpatentable for obviousness based on the prior art asserted in the IPR.

On October 16, the PTAB issued a decision denying institution  to two IPR proceedings petitioned by Next Caller to challenge TRUSTID’s U.S. Patent No. 8238532, Method of and System for Discovering and Reporting Trustworthiness and Credibility of Calling Party Number Information. The ‘532 patent covers an anti-spoofing method and system for incoming calls placed within telecommunication and information service networks. The ‘532 patent is one of two patents asserted by TRUSTID in district court against Next Caller which have been challenged at the PTAB. This February, the PTAB instituted Next Caller’s IPR against TrustID’s U.S. Patent No. 9001985, same title as the ‘532 patent.

TRUSTID argued that the PTAB should exercise its discretion under 35 U.S.C. § 314(a) to deny the IPRs on the ‘532 patent based on the parallel district court proceeding involving the same patent. The patent owner contended that the IPRs wouldn’t be an efficient use of the PTAB’s resources because the district court proceeding (1) is between the same parties, (2) will apply the same construction standard, (3) will consider the same claims or significantly overlapping invalidity challenges, and (4) is scheduled to go to trial three months ahead of the statutory date for final written decisions in the IPR proceedings.

Looking to the precedent set in NHK Spring Co. v. Intri-Plex Technologies, Inc., the PTAB determined that the factors cited by TRUSTID weighed in favor of exercising its Section 314(a) discretion to deny the IPRs. Along with the NHK Spring factors cited by TRUSTID, the PTAB additionally found that there was unexplained delay on Next Caller’s part in bringing the IPR petitions on the ‘532 patent based on the same prior art asserted by Next Caller in the IPR instituted on the ‘985 patent. Had Next Caller filed these IPR petitions when it challenged the ‘985 patent, the PTAB proceeding may have resolved the invalidity challenge prior to the district court proceeding.

On October 10 and 11, the PTAB held oral hearings in a series of IPRs petitioned by Apple to challenge patent claims owned by Qualcomm, according to a pair of oral hearing orders  entered on September 23 . The October 10 hearing involved one IPR proceeding on U.S. Patent No. 8665239, Method and Apparatus Continuing Action of User Gestures Performed Upon a Touch Sensitive Interactive Display in Simulation of Inertia, and the October 11 hearing involved two IPRs on U.S. Patent No. 8063674, Multiple Supply-Voltage Power-Up/Down Detectors. These patents were both asserted by Qualcomm against Apple in the Southern District of California; the ‘674 patent was also asserted against Apple at the U.S. International Trade Commission. These IPRs continue despite a settlement agreement between Apple and Qualcomm this April which ended all worldwide patent litigation between the two entities.

On October 7, the PTAB instituted an IPR proceeding  petitioned by Samsung Electronics to challenge the validity of claims from NuCurrent’s U.S. Patent No. 8698591, Method for Operation of Multi-Layer-Multi-Turn High Efficiency Tunable Inductors. The ‘591 patent covers the design and method of manufacture for an efficient inductor which addresses “skin effect” in inductors where internal electrical resistance causes the resistance of inductor wires to increase at higher operating frequencies. This is the fourth of four patents from NuCurrent’s Southern District of New York infringement case against Samsung for which the PTAB has instituted IPR proceedings in recent weeks. Those patents have been asserted against Samsung based on allegations of infringement and trade secret misappropriation in which Samsung is alleged to have stolen wireless charging technologies developed at Northwestern University in breach of a confidentiality agreement.

Prior to institution, NuCurrent argued that Samsung was barred from bringing the IPRs against the patents asserted in the district court litigation based on issue preclusion created by litigation of the forum selection clause in the confidentiality agreement between the parties. A mutual non-disclosure agreement (NDA) signed by Samsung and NuCurrent in 2016 included the clause, which stated that any legal action arising out of the agreement would be litigated in New York courts. After NuCurrent originally filed its patent and trade secret case in the Eastern District of Texas, Samsung was successful on a motion to transfer venue to Southern New York based on the scope of the NDA’s forum selection clause. NuCurrent alleged that Samsung was foreclosed from bringing the invalidity challenge to the PTAB as the district court litigation has established that the forum selection clause requires legal actions related to the NDA to be brought in Southern New York only.

In deciding to institute the IPR on the ‘591 patent, the PTAB first noted that, while Congress has provided estoppel in limited circumstances such as estoppel based on a party’s previous challenge to the same patent, contractual estoppel as a defense to PTAB proceedings wasn’t provided in the AIA. Further, even if Congress had provided this, “it appears that [NuCurrent] has already litigated these issues in the Southern District of New York and lost.” The Southern District of New York had rejected arguments from NuCurrent that the forum selection clause barred Samsung from pursuing IPRs, finding that the claims at issue weren’t subject to the clause, the NDA expired prior to the IPR petitions and that the Eastern District of Texas didn’t decide whether the clause applied to IPR proceedings after the NDA’s expiration and unrelated to disclosures of confidential information.

In denying the CBM review on the ‘605 patent , the PTAB found that claim elements reciting check depositing activities satisfied the “financial product or service” component of CBM eligibility review. However, the PTAB wasn’t persuaded by Wells Fargo’s argument that the invention was implemented on a general purpose computer and found that the patent was directed at providing a technical solution to remotely depositing a check using a mobile device by capturing images at a quality sufficient enough for optical character recognition (OCR) to properly extract information from check images. The PTAB’s analysis on the ‘136 and ‘681 patents fell along similar lines.