“In essence, by narrowly identifying certain subject matter groups as being those that properly qualify for characterization as abstract ideas the USPTO is effectively defining what is and what is not an abstract idea…” 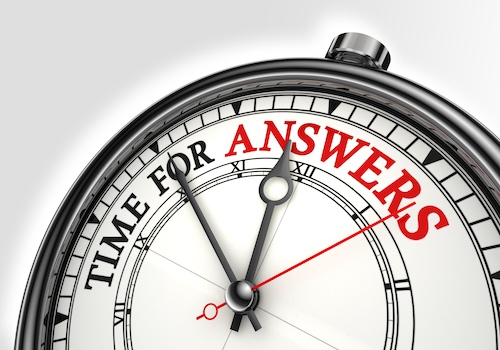 “These guidance documents aim to improve the clarity, consistency, and predictability of actions across the USPTO,” said Under Secretary of Commerce for Intellectual Property and Director of the USPTO Andrei Iancu. “The USPTO will provide training to examiners and administrative patent judges on both documents to ensure that guidance is being properly administered.”

The guidance explains that courts have been comparing patent claims considered to those previously determined to be directed to abstract ideas, as the Federal Circuit explicitly explained in Enfish LLC v. Microsoft Corp., 822 F.3d 1327, 1334 (Fed. Cir. 2016). “While that approach was effective soon after Alice was decided, it has since become impractical,” the Federal Register Notice reads. “The Federal Circuit has now issued numerous decisions identifying subject matter as abstract or non-abstract in the context of specific cases, and that number is continuously growing. In addition, similar subject matter has been described both as abstract and not abstract in different cases. The growing body of precedent has become increasingly more difficult for examiners to apply in a predictable manner, and concern have been raised that different examiners within and between technology centers may reach inconsistent results.”

The “2019 Revised Patent Subject Matter Eligibility Guidance” makes two primary changes to how patent examiners apply the first step of the U.S. Supreme Court’s Alice/Mayo test, which determines whether a claim is “directed to” a judicial exception.

First, in accordance with judicial precedent and in an effort to improve certainty and reliability, the revised guidance extracts and synthesizes key concepts identified by the courts as abstract ideas to explain that the abstract idea exception includes certain groupings of subject matter: mathematical concepts, certain methods of organizing human activity, and mental processes. Claims that do not fall within one of these enumerated groupings cannot be characterized as reciting an abstract idea unless approved by the Technology Center Director, with approval indicated on the record in the file, and with a provided “justification for why such claim limitation is being treated as reciting an abstract idea.”

In essence, by narrowly identifying certain subject matter groups as being those that properly qualify for characterization as abstract ideas the USPTO is effectively defining what is and what is not an abstract idea, thereby filling a void intentionally left ambiguous by both the Supreme Court and the Federal Circuit. It has been frustrating — to say the least — that courts have refused to define the term abstract idea despite that being the critical term in the Supreme Court’s extra-statutory patent eligibility test. Without a definition for the term abstract idea rulings have been nothing short of subjective; some would even say arbitrary and capricious.

For example, when evaluating a claim reciting an abstract idea such as a mathematical equation and a series of data gathering steps that collect a necessary input for the equation, an examiner might consider the data gathering steps to be insignificant extra-solution activity in revised Step 2A, and therefore find that the judicial exception is not integrated into a practical application. However, when the examiner reconsiders the data gathering steps in Step 2B, the examiner could determine that the combination of steps gather data in an unconventional way and therefore include an “inventive concept,” rendering the claim eligible at Step 2B.

Whether the Federal Circuit will agree with this analysis remains to be seen. Perhaps the analysis is different with respect to data gathering steps, but the Federal Circuit has ruled that no matter how innovative, no matter how much of an advance a technique for analyzing, displaying and disseminating financial information using resampled statistical methods may be, such claims are simply ineligible for patenting.  See SAP America, Inc. v. InvestPic, LLC, 898 F.3d 1161 (Fed. Circ. 2018). Thus, there are apparently still many innovations that are unique at their core that the Federal Circuit is not prepared to find patent eligible even if the Patent Office will issue those patents.

The “Examining Computer-Implemented Functional Claim Limitations for Compliance with 35 U.S.C. § 112” guidance emphasizes various issues with regard to § 112 analysis, specifically as it relates to computer-implemented inventions. The guidance describes proper application of means-plus-function principles under § 112(f), definiteness under § 112(b), and written description and enablement under § 112(a).

According to the USPTO, these guidance documents have been issued concurrently to ensure consistent, predictable, and correct application of these principles across the agency.

The USPTO is seeking public comment on all the issues addressed by the two guidance documents. Additionally, the USPTO invites the public to submit suggestions to address future guidance supplements as part of their comments. Please submit written comments on these issues to [email protected] on or before March 8, 2019.