“The Review Board explained that a machine cannot enter into a binding legal contract, such as an employment or a work-made-for-hire agreement, which is required for the work made for hire doctrine to apply.” 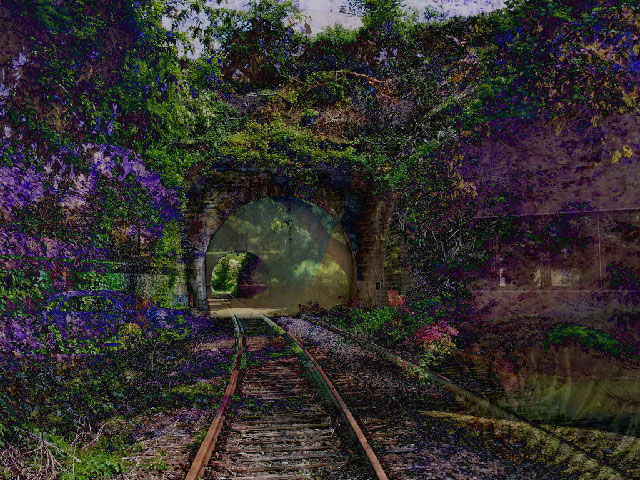 In an opinion letter dated February 14, 2022, the Review Board of the United States Copyright Office (Review Board) affirmed a decision of the U.S. Copyright Office (USCO) denying registration of a two-dimensional artwork generated by Creativity Machine, an artificial intelligence (AI) algorithm created by Dr. Stephen Thaler. Established by regulation in 1995, the Review Board is responsible for hearing final administrative appeals following two opportunities for a claimant to appeal copyright registration refusals.

Thaler filed an application to register the computer-generated work, “A Recent Entrance to Paradise,” on November 3, 2018. On the application, Thaler listed Creativity Machine as the author of the work and indicated himself to be the claimant, with a transfer statement explaining he acquired ownership of the work because of his “ownership of the machine.”

Throughout the first and second requests for reconsideration, Thaler presented two arguments in support of his attempt to overturn the denial: (1) the USCO’s human authorship requirement is unconstitutional and unsupported by case law; and (2) the work made for hire doctrine, which recognizes companies as authors, should similarly apply to AI-generated works.

The Review Board rather quickly, within a span of two paragraphs, dismissed Thaler’s second argument as more of a public policy discussion. The Review Board explained that a machine cannot enter into a binding legal contract, such as an employment or a work-made-for-hire agreement, which is required for the work made for hire doctrine to apply.

“The Copyright Office’s refusal letter indicates that Dr. Thaler did not assert that the work involved contributions from a human author,” noted Joshua Simmons of Kirkland and Ellis LLP, “but rather that, like his patent applications, he appears to be testing whether U.S. law would recognize artificial intelligences themselves as authors.”

“As a result, the letter does not resolve the question that is more likely to recur: how much human involvement is required to protect a work created using an artificial intelligence,” explains Simmons. “It is this question for which more guidance would be useful to those working in the field.”

Thaler’s efforts aren’t limited to the realm of copyright law. DABUS, the AI algorithm created by Thaler, was listed as the inventor on patent applications filed around the world for “a food container based on fractal geometry.” DABUS stands for “device for the autonomous bootstrapping of unified sentience.”

In South Africa, DABUS was granted a patent and became the first AI inventor. DABUS also found success after challenging a rejection by Australia’s patent office and winning (yet still open for appeal by the Australian Commissioner of Patents). However, patent applications in the European Union in 2021 and the United Kingdom in 2020 did not end favorably for DABUS. Similarly, patent applications in the United States were denied by the USPTO and did not face a warm welcome, despite showing some signs of support within the field.

In late 2021, the U.S. District Court for the Eastern District of Virginia issued a decision granting a Motion for Summary Judgment in which Thaler and DABUS failed to overturn the United States Patent and Trademark Office (USPTO) decision.

Out of (Copyright Office) Options

The Review Board clearly laid out its stance for future attempts at registration of works that are generated entirely by a machine. In a footnote, the Review Board cited Eldred v. Ashcroft to explain the heart of the issue involves a policy change: “‘[I]t is generally for Congress,’ not the Board, ‘to decide how best to pursue the Copyright Clause’s objectives.’”

Professor Jane Ginsburg and Luke Ali Budiardjo authored the 2019 article, “Authorship and Machines,” exploring the issue of machine-generated works. The article revisits traditional concepts of authorship, proposing and exploring two basic pillars of authorship: (1) a mental step, or the conception of a work; and (2) a physical step, or the execution of the work. From there, the article identifies the human responsible for the programming and training of software (upstream authors) of a machine and the human requesting the output (downstream authors). The authors note the current technological impracticability for a machine to, on its own, author a work; rather, they identify the possibility of non-collaborating actors generating “authorless” outputs.

As of now, the Opinion Letter from the Review Board serves as the final step of the administrative appeal process for the USCO. As explained in a 2017 blog post from the USCO, “decisions by the Review Board are subject to court challenge under the Administrative Procedure Act.” It remains to be seen whether or not Thaler will pursue a court challenge—but historically, Thaler has not been afraid to do so in the patent realm.

Franklin Graves Franklin Graves is an in-house technology, IP, and media law attorney in Nashville, TN and Tech Counsel for HCA Healthcare.  He is a graduate of Belmont University College of Law [...see more]