How J.E.M. and Chakrabarty Make the Case for DABUS 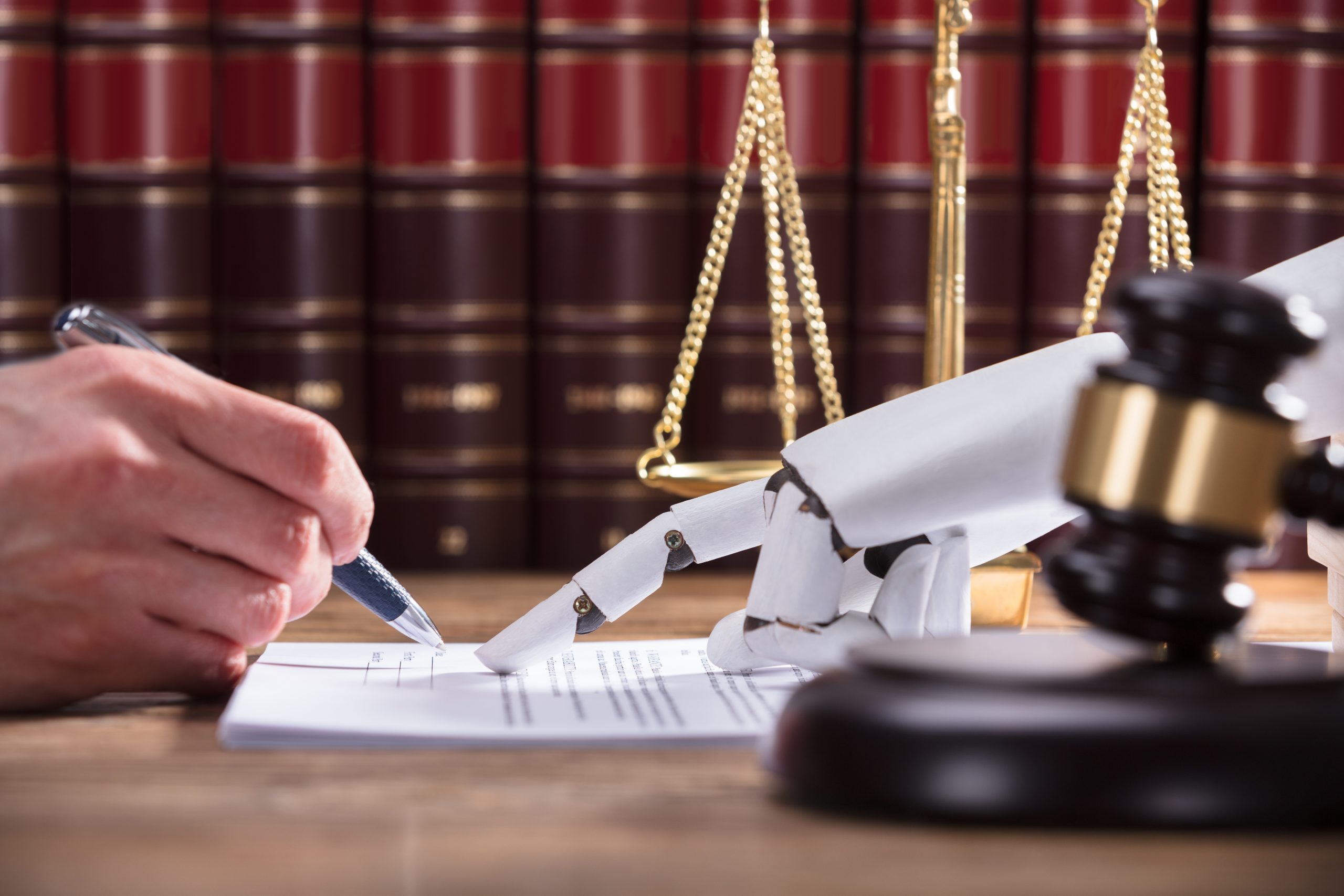 What the Supremes Have Said

J.E.M. involved the question of utility patent protection for sexually reproducing plants, including crops and flowering plants, under 35 U.S.C. § 101. Plants had historically been protected under the Plant Variety Protection Act (PVPA), 7 U.S.C. § 2321, and the Plant Patent Act (PPA, enacted in 1930), 35 U.S.C. §§ 161-164. The Supreme Court rejected the argument that the PVPA and the PPA were exclusive means for plant protection. Justice Clarence Thomas, the author of the majority opinion, noted that Congress plainly contemplated that patent laws be given wide scope, citing Chakrabarty. The Court stated, “As in Chakrabarty, we decline to narrow the reach of Section 101 where Congress has given us no indication that it intends this result.” The Court explained the subject matter provisions of the patent law have been cast in broad terms, to fulfill the constitutional goal of “promoting the Progress of Science and the useful Arts, with all that means for the social and economic benefit envisioned by [Thomas] Jefferson.” As further stated, Section 101 is a “dynamic provision designed to encompass new and unforeseen inventions.” The Court concluded that absent a clear intent to the contrary, they would not interpret a statutory change as an affirmative decision by Congress to deny protection under Section 101.

Justice Breyer, in his J.E.M. dissent, urged the majority to divine the intent that underlies the statute, based on “an analysis for language, structure, history, and purpose.”

Chakrabarty involved a man-made micro-organism used for cleaning up oil spills. The U.S. Patent and Trademark Office (USPTO) argued that living things were not patentable. The Supreme Court concluded that the key distinction for patent protection is not living verses inanimate, but rather human-made verses a product of nature. Thus, living things became patentable subject matter under Section 101. As Chief Justice Burger noted, Congress intended that the patent laws be given a wide scope. Burger cited United State v. Dubilier Condenser Corp., 289 U.W. 178 (1933), which cautioned against reading limitations and conditions into the patent laws which Congress had not expressed.

Ten years ago, Congress passed the America Invents Act (AIA) “to ensure the patent system in the 21st century reflects the constitutional imperative“ of the Constitution’s patent clause. One change made in the AIA was the addition of a definition of “inventor”:

The term “inventor” means the individual, or if a joint invention, the individuals collectively who invented or discovered the subject matter of the invention.

The J.E.M. and Chakrabarty analysis of subject matter protection under Section 101 can be easily extended to analyze the statutory definitions in Section 100 regarding inventors. The new definition of “inventor” in Section 100(f) is not expressly limited to humans. Congress could have, but did not, define “inventor” as a natural person. There is no clear intent to exclude AI inventors or to otherwise deny patent protection for inventions or discoveries made by a computer.

It is of little help to conclude that “individual” is synonymous with “person.” The patent statutes use the term “person,” but again without definition. For example, 35 U.S.C §302 provides that “Any person at any time may file a request for reexamination by the Office of any claim of a patent…” Similarly, 35 U.S.C §321 allows “a person who is not the owner of a patent may file with the Office a petition to institute a post-grant review of the patent.” But reexaminations and other post grant challenges are often filed by a company or corporation.

Recently, the U.S. Court of Appeals for the Federal Circuit concluded as a matter of statutory interpretation that banks are “persons” for post grant review. See, Bozeman Financial, LLC v. Federal Reserve Bank, case no. 2019-1018 (April 10, 2020).

Thus, the common, ordinary meaning that a “person” is a human does not match the legal meaning that a person may be non-human. In the absence of any legislative history, why should the definition of “individual” be any different, and include non-human inventors?

Conception is Not a Prerequisite for Protection

In the highly publicized DABUS patent applications for an invention created by an artificial intelligence machine, without any human inventor, both the USPTO and European Patent Office have stood firm that an inventor must be a human. The USPTO reasons that conception is the touchstone of invention, as the formation in the mind of the inventor of a definite and permanent idea of the complete and operative invention as it is to be applied in practice.  But not all inventions involve a mental step. Some inventions derive from a “flash of genius” or are simply discovered by accident or luck.  Congress did not include “conception” in the U.S. patent statutes as a condition of patentability.

35 U.S.C §103 provides that patentability “shall not be negated by the manner in which the invention was made.” Thus, a conception step should not be a prerequisite for patent protection.

35 U.S.C. §101(a) defines “invention” as including inventions and discoveries. Since inventions include discoveries, then an inventor logically includes discoverers. Discoveries may arise without a conception step. And if no mental step is needed, then the premise that invention requires conception by a human becomes irrelevant. Thus, a natural person is not necessary to be an inventor.

The DABUS artificial intelligence computer discovered, without human involvement, a new and useful device and method for attracting enhanced attention, such as signal indicators and beacons using a fractal dimension. This technological or scientific discovery is, by Section 100(a) definition, an invention. Therefore, DABUS, as the discoverer, is the inventor.

DABUS critics argue that a computer cannot sign the legal documents, including the declaration and oath, and do not have the capacity to make assignments, since a computer cannot own the intellectual property. However, all sorts of legal entities sign various documents through their human agents. Perhaps a human or the owner of the computer-inventor can similarly act as an agent to sign the patent documents on behalf of the computer. The USPTO has procedures to handle situations when a human inventor is not available to sign documents, so similar procedures could be extended to non-human inventors. Also, regardless of whether the inventor is an employee who has a duty to assign inventions to the employer or a company- owned computer, patentable inventive solutions to problems arguably should be treated the same in the Patent Office.

We Should Not Foreclose the New and Unforeseen

As is clear from J.E.M and Chakrabarty, patents protect subject matter that was never contemplated when the Constitution was written or the patent statutes were enacted. Since the Supreme Court has interpreted the patent laws broadly to encompass new and unforeseen inventions, as in J.E.M., the same should be true for new and unforeseen inventors. Also, interpreting “inventors” to only be natural persons is a limitation which Congress did not express, contrary to Chakrabarty.

The Chakrabarty Court acknowledged its earlier statement that “the judiciary must proceed cautiously when asked to extend patent rights into areas wholly unforeseen by Congress” (citing Parker v. Flook, 437 U. S. 584 (1978). The Court then concluded that their obligation is to take statutes as found, and if ambiguity appears, be guided by the legislative history and statutory purpose. The definition of “inventor” has no guiding legislative history, but a broad definition will satisfy the constitutional purpose of the patent laws.

Science evolves to new technologies, which change our daily lives and benefit humankind socially and economically. Artificial intelligence may discover solutions to new and long-felt needs which humans cannot achieve on their own. In order to promote the progress of science and the useful arts, the patent law should not preclude protection for inventions by smart computers, even without human conception.