Humanizing Technology: Back to Basics on DABUS and AI as Inventors

“According to traditional interpretations of current patent laws and court decisions, non-humans may not invent or own a patent eligible invention. This does not mean, however, that we do not need to consider whether, and how, patent laws need to change to accommodate progress.” 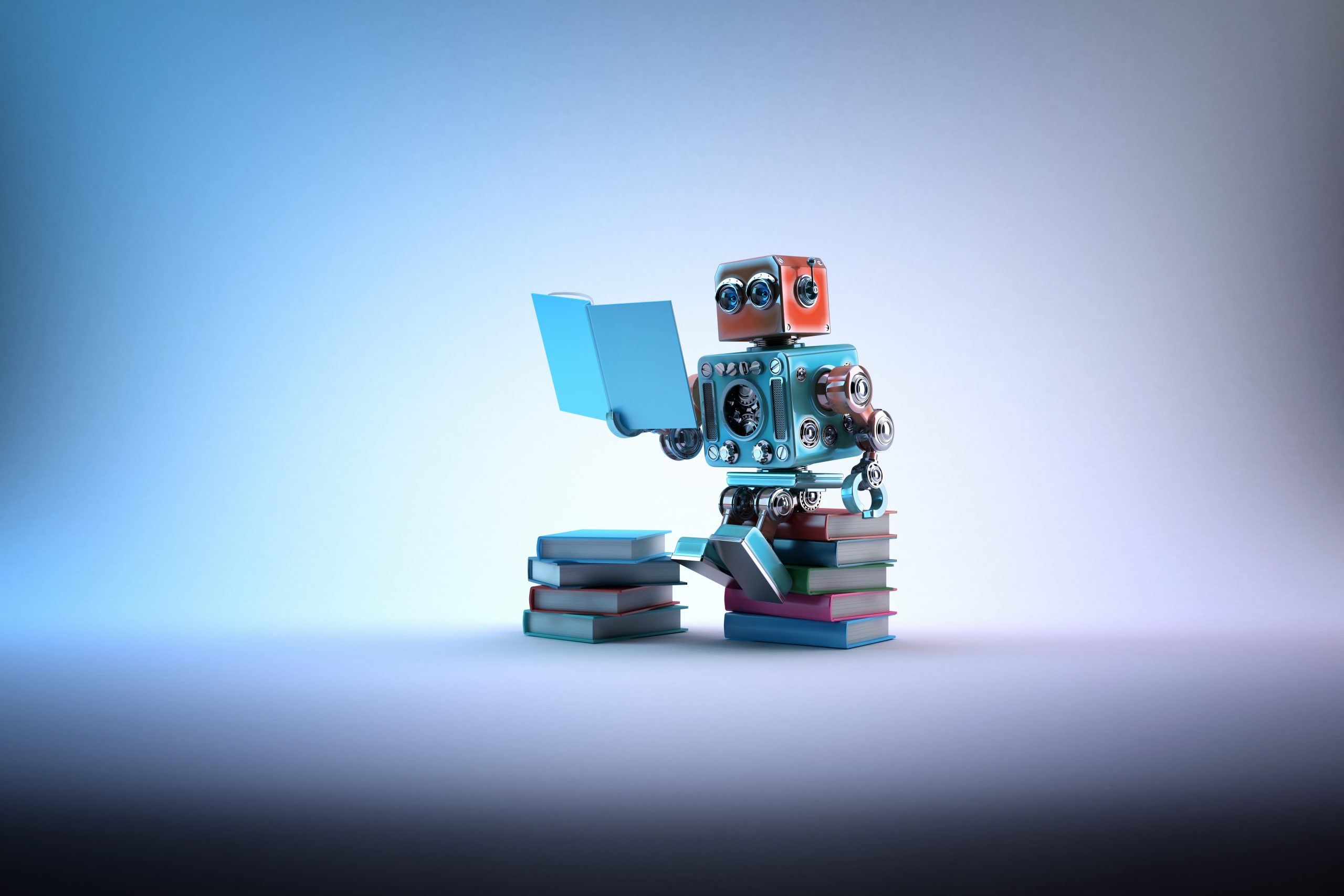 With South Africa’s patent office having recently granted the first patent to an AI inventor, and an Australian court ruling in favor of AI inventorship, it’s time to review how we got here—and where we’re going.

The number of artificial intelligence (AI) patent applications received annually by the United States Patent and Trademark Office (USPTO) grew from 30,000 in 2002 to more than 60,000 in 2018. Further, the USPTO has issued thousands of inventions that utilize AI. According to a 2020 study titled “AI Trends Based on the Patents Granted by the USPTO”, the total number of AI-related patents granted by the USPTO per year increased from 4,598 in 2008 to 20,639 in 2018. If AI-related patent applications and grants are on the uptick, what was the problem with DABUS?

The case began when Dr. Stephen Thaler filed an application with the USPTO identifying a single inventor with the given name DABUS. DABUS was described as the creativity machine that invented the subject matter of the patent. Dr. Thaler, a human, identified himself as the applicant, the assignee, and the legal representative of DABUS in the patent application and related documents. Dr. Thaler conceived or gave “birth” so to speak to DABUS, or the “Device for the Autonomous Bootstrapping of Unified Sentience.”  Per the complaint filed by Dr. Thaler’s representatives in the U.S. District Court, Eastern District of Virginia, Dr. Thaler is described as being in the business of developing advanced AI systems, which can generate patentable output in the absence of a person who otherwise meets inventorship criteria. The inventions claimed were a light beacon that flashes in a new and inventive manner to attract attention and a beverage container based on fractal geometry. Was this just an attempt to humanize technology for the purpose of creating controversy or media attention, to stay relevant, to change laws, to promote and sell the technology – or something else?

The USPTO denied both patent applications based on the application failing to disclose a natural person who invented the subject matter of the applications. The USPTO cited to a number of sections of 35 U.S. Code Title 35, including the following sections, which state, in part,: (i)  §100, defining “inventor” as the individual or … individuals … who invented or discovered the subject matter of the invention; (ii) §101, “Whoever invents or discovers any new and useful process, machine, manufacture, or composition of matter … may obtain a patent therefore, subject to the conditions and requirements of this title”; and (iii) §115, “An oath or declaration … shall contain statements that… such individual believes himself or herself to be the original inventor or an original joint inventor of a claimed invention in the application. Again, the issue was not whether an invention conceived utilizing or including some form of AI could be patented, but that the inventor named must be a natural person.

If statute supports the USPTO’s current position that only a natural person can invent, and there are alternatives for pursing patents that utilize or include AI, why does Dr. Thaler wish to identify DABUS as the inventor?

Let’s consider the concept of anthropomorphizing, which comes naturally to us as humans. We have the “ability” to attribute human characteristics or behavior to non-human entities, including animals and objects, and we have done this with AINow let’s consider the technology at a high, outer space even, level. Humans built systems to store data. We then built the technology to allow us to process the data provide us with additional information to assist us human’s decision making. The demand for more of this type of computer-generated information increased, as well as the need for it at higher rates of speed, and these demands continue to increase. In all of this, the tech industry has described the technology in terms of a human brain and has used human behavior naming conventions, such as machine learning, artificial intelligence, neural networks, and deep learning. The technology is described as simulating human behavior; however, the technology does not exist without humans conceiving it and building it.

You may recall IBM’s Watson on the show Jeopardy – possibly AI’s first foray into the general population spotlight. Watson ran on 90 servers, for a total of 2,880 processor cores running DeepQA software and storage utilized more than 100 algorithms to analyze the questions. According to IBM, the broader goal of Watson was to create a new generation of technology that could find answers in unstructured data more effectively than standard search technology. Further, per IBM’s David Ferrucci, “The goal is not to model the human brain … The goal is to build a computer that can be more effective in understanding and interacting in natural language, but not necessarily the same way humans do it.”

The branding of AI has persuaded many of us non-techies to think of AI as human. Branding is a critical component of the art of persuasion – persuasion to buy, to change legislation, to change a position, etc. We also have designed machines (a.k.a. robots) to look like humans and the movie and television industries have portrayed robots as human. Who could forget C-3PO from Star Wars, the Robot from Lost in Space and, more recently, the 2013 science fiction romantic drama, Her, involving a man who develops a relationship with an AI virtual assistant? As I was doing research for this article, I came across a study titled, Can Artificial Intelligence Suffer from Mental Illness? The study explored questions and concepts related to whether robots have agency and whether AI demonstrates consciousness, sentience and sapience. AI is an incredibly powerful tool, just like many other inventions that aid humans, such as in medicine, space travel, and our everyday activities. Yet, at this point, the technology, regardless of its description or naming convention, is not a natural person. Hence, according to traditional interpretations of current patent laws and court decisions, non-humans may not invent or own a patent eligible invention. This does not mean, however, that we do not need to consider whether, and how, patent laws need to change to accommodate progress.

In October of 2020, the USPTO released a report titled Public Views on Artificial Intelligence and Intellectual Property Policy. The report was based on the information the USPTO gathered from individuals, companies, academia, foreign patent offices, law firms, and trade associations, following its AI IP policy conference in January 2019. One of the themes that emerged from the public comments was that the current state of AI was limited to “narrow” AI (i.e. systems that perform individual tasks in well-defined domains), with the majority viewing the concept of artificial general intelligence as a theoretical possibility that could arise in a distant future and that current AI could neither invent nor author without human intervention. The comments suggested that human beings remain integral to the operation of AI, which is an important consideration in evaluating whether IP law needs modification. The report also indicated the use of an AI system as a tool by a natural person(s) does not generally preclude a natural person(s) from qualifying as an inventor (or joint inventors) if the natural person(s) contributed to the conception of the claimed invention. Examples of such contributions included: (i) activities such as designing the architecture of the AI system; (ii) choosing the specific data to provide to the AI system; and (iii) developing the algorithm to permit the AI system to process that data.

Dr. Thaler’s complaint claims the USPTO DABUS denial will result in AI-generated inventions entering the public domain once disclosed. I do not believe the situation is quite so grave; however, it is important to have the conversation. Regardless of Dr. Thaler’s intentions or objectives, he has provided us with a scenario that keeps the conversation going. It will also be important to look back on other AI-related patent denials to determine whether it is the result of antiquated laws or if the invention truly had patent eligible flaws. We may eventually determine there is a need to change or clarify current laws, including the definition of “inventor”; however, as IPWatchdog CEO and Founder Gene Quinn has indicated, we are not there yet.

Tomi Herold is a graduate of the Duquesne University School of Law and focuses in the areas of technology, intellectual property, e-commerce, and healthcare. Her experience includes negotiating complex technology transactions for [...see more]