“The amendments offered by Senator Leahy…would overrule Fintiv, which opens the floodgates for fresh, new rounds of patent owner harassment by challengers and without any consideration for whether another judicial officer has or will soon consider the same issue.” 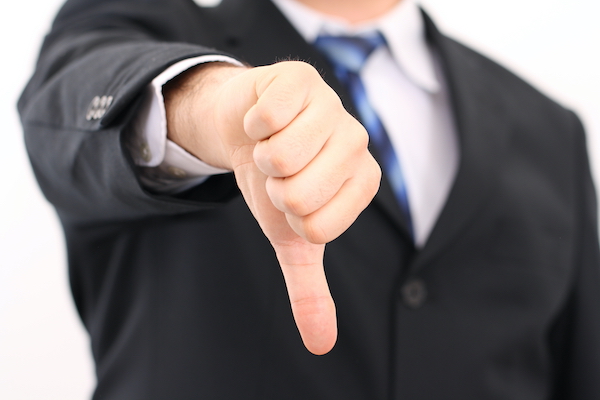 The much discussed, but previously unreleased, Restoring America Invents Act has finally been made public. The bill was submitted by Senator Patrick Leahy (D-VT) in what he described late last week as an attempt to reverse the reforms of the Patent Trial and Appeal Board (PTAB) made by former USPTO Director Andrei Iancu. Leahy promised to take aim at discretionary denials of inter partes review (IPR) and post grant review (PGR) challenges, which he did, among many other things.

While there will be much more analysis over the next several days, weeks and even months, here is a quick summary of some of the portions of the bill that are sure to be of interest.

The Director may not authorize a post-grant review to be instituted unless Subject only to the discretion of the Director under 325(d)(4), a petition filed under section 321 that meets the requirements of this chapter shall be instituted if the Director determines that the information presented in the petition filed under section 321, if such information is not rebutted, would demonstrate that it is more likely than not that at least 1 of the claims challenged in the petition is unpatentable.

Notwithstanding sections 135(a), 251, and 252, and chapter 30, during the pendency of any post- grant review under this chapter, if another proceeding or matter involving the patent is before the Office, the Director may determine the manner in which the post-grant review or other proceeding or matter may proceed, including providing for the stay, transfer, consolidation, or termination of any such matter or proceeding. In determining whether to institute or order a proceeding under this chapter, chapter 30 or chapter 31, the Director may take into account whether, and reject the petition or request because, the same or substantially the same prior art or arguments previously were presented to the Office.

Therefore, the amendments offered by Senator Leahy would force the discretion of the USPTO Director to deny institution to be limited to the scenario where “the same or substantially the same prior art or arguments previously were presented to the Office.” This would overrule Fintiv, which opens the floodgates for fresh, new rounds of patent owner harassment by challengers and without any consideration for whether another judicial officer has or will soon consider the same issue.

It is mismanagement and dereliction for the USPTO Director not to consider USPTO resources when considering whether to institute a post grant challenge. And it is nearly incomprehensible that Congress would forbid the Director from considering whether there is already a looming trial date in district court to consider the same issue. Why would the USPTO expend its resources to race to beat an Article III judge where there has already been substantial investment in the parallel proceeding in a federal district court?

Preventing the USPTO from considering what is happening in federal district court prior to deciding whether to institute can only make sense if the PTAB is intended to supplant federal district court patent litigation. Was that really the intent of the America Invents Act? Because at the time, the USPTO only predicted there would be approximately 420 inter partes review petitions filed in the first year the PTAB could accept challenges, and then 500 post grant challenges filed a year by 2015.  But in 2012 there were over 5,000 patent infringement lawsuits. Obviously, the PTAB was never predicted to be a replacement for district court proceedings.

The blatant misuse and misallocation of judicial resources, and the lack of any appreciation that it is even a problem, is why observers can say with such great confidence that the patent system is set up for the purpose of continued harassment of patent owners. Sadly, it continues to be adjusted in ways that only ensure continued harassment of patent owners. If anyone were truly interested in creating a better system they would streamline the various challenges, which would start with having the same standards of review in place, rules and laws that foster arms-length negotiations, instead of forcing patent owners into litigation as the option of only resort, and rules that prevent duplication of judicial effort.

Code of Conduct: About Time

Unrelated, but from the “it’s about time” category, someone is finally recognizing that the judges on the PTAB should be required to follow some kind of Code of Conduct, which is something we at IPWatchdog have been writing about for many years. The bill would add a section that would prohibit the type of deliberative ex parte communications seen between PTAB panel members and supervisors that we know happened in the RESTASIS IPRs, thanks to Freedom of Information Act (FOIA) requests. This section of the bill adds the following provision:

An officer who has review authority, supervisory authority, or disciplinary authority with respect to an administrative patent judge of the Patent Trial and Appeal Board (or a delegate of such an officer, and who is not a member of a panel described in section 6(c), shall refrain from ex parte communication with such a judge who is a member of that panel concerning any pending matter before that panel, except as allowed under the Code of Conduct for United States Judges.

While a great first step, and something that is hard to imagine even needed to be written down, this obviously does not go far enough. If those on the PTAB are judges, they must have a Judicial Code of Conduct. Just recently, we’ve seen an expose from the Wall Street Journal describing a comprehensive analysis showing violations in the Code of Judicial Conduct by numerous district court judges who violated recusal requirements. Ethics matter, and that PTAB judges continue to have no specific Code of Conduct and are only governed by the same ethics policy that every other employee of the Department of Commerce must follow is astonishing.

A few comments have begun to roll in from industry organizations, both for and against the bill. The Innovation Alliance said the bill “would take us in the wrong direction,” and “reestablish PTAB trials as a parallel avenue, as opposed to an alternative to district court trials.” The statement explained that, before the USPTO made updates to the post-grant system that would be rolled back under this bill, “more than 85% of PTAB reviews were filed in parallel to district court litigation, forcing inventors to defend their patents in simultaneous and duplicative proceedings.” The Innovation Alliance added that the bill would give more power to the same Big Tech companies being targeted by Congress in other areas right now. A recent Senate Subcommittee grilled Facebook and Google about their privacy and competition practices, for instance.

And James Edwards, Executive Director of Conservatives for Property Rights, called the bill “the exact opposite of what needs to be done in patent policy.” He added:

Mr. Iancu’s changes started to mitigate PTAB’s biases somewhat for patent owners. They ensure that those defending their issued patents don’t face one legal standard in court and a different one at PTAB. His reforms began the process of bringing more certainty and stability to patent validity challenges. Sen. Leahy’s bill would return uncertainty, unreliability, unfairness and undermining of the property rights of countless inventors in order to benefit Big Tech companies that want to use others’ patented technologies, while paying as little as possible.

On the other hand, US*MADE (the US Manufacturers Association for Development and Enterprise) welcomed the legislation. The organization explained that it has been active at the USPTO and in the courts supporting efforts to roll back discretionary denial practice. “Senator Leahy and Cornyn’s patent bill introduced today will restore the intent of the AIA, improve patent quality and protect American manufacturers and the jobs they create from abuse of the patent litigation system,” said Beau Phillips, US*MADE Executive Director.