“[T]o ‘use’ a system for purposes of infringement, a party must put the invention into service, i.e., control the system as a whole and obtain benefit from it.” – CAFC, citing NTP, Inc. v. Research In Motion, Ltd 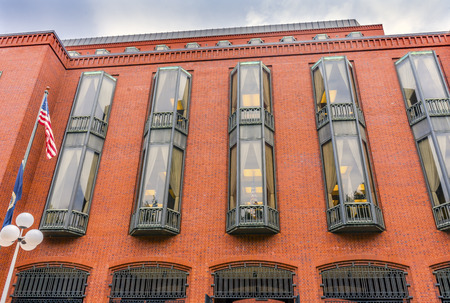 On February 12, the U.S. Court of Appeals for the Federal Circuit (CAFC) affirmed a district court’s conclusion of invalidity under Section 112 and/or non-infringement in Synchronoss v. Dropbox. Synchronoss had appealed the district court’s decision that the asserted claims, which were “drawn to technology for synchronizing data across multiple devices” are either invalid under 35 U.S.C. Section 112 for indefiniteness, or not infringed.” Meanwhile, Dropbox cross-appealed, arguing that the claims are patent ineligible subject matter under Section 101. The patents at issue are U.S. Patent Nos. 6,671,757; 6,757,696; and 7,587,446.

First, with respect to Section 101 eligibility, the district court denied Dropbox’s motion, concluding that “the challenged claims, viewed as an ordered combination, impose specific limitations sufficient under Enfish and McRO to survive at the motion to dismiss stage.” J.A. 55. It further concluded that the asserted claims, as described in the patents, are “directed to improving the manner in which computers synchronize data between devices connected to a network,” resulting in an increase in speed and a reduction in required bandwidth and storage space.

The Federal Circuit reasoned that because it affirmed the lower court’s invalidity judgment for the  asserted claims of two of the asserted patents and because Dropbox waived its agreement at oral argument for the third patent, it did not need to consider the question of patent eligibility under Section 101 for the final patent.

In discussing the district court’s grant of summary judgment of invalidity under Section 112 for the claims of the ‘446 patent because “they contain an impossibility,” the CAFC said it agreed and was unpersuaded by Synchronoss’s arguments. The court further explained:

The CAFC thus held that the claims were indefinite under Section 112.

The CAFC concluded that the “hardware” term limits the scope of the asserted claims of the ’757 patent. Synchronoss itself proposed the construction including the “hardware” term on the basis that the asserted patents used that language to define the term “device.” Synchronoss also agreed with the district court that “no one’s arguing that a device could be software completely detached from hardware.” The court applied the facts to the case and found that the evidence showed that Dropbox provided its customers with software for download but not corresponding hardware and therefore could not infringe.

Additionally, the court held that Dropbox could not directly infringe by “using” the entire claimed system under Section 271(a). “[T]o ‘use’ a system for purposes of infringement, a party must put the invention into service, i.e., control the system as a whole and obtain benefit from it,” said the opinion (citing NTP, Inc. v. Research In Motion, Ltd., 418 F.3d 1282, 1317 (Fed. Cir. 2005)).

Reasoning that infringement by “use” of a claimed system requires use of each and every element of the system, the court found that Dropbox did not infringe Synchronoss’s asserted patents.