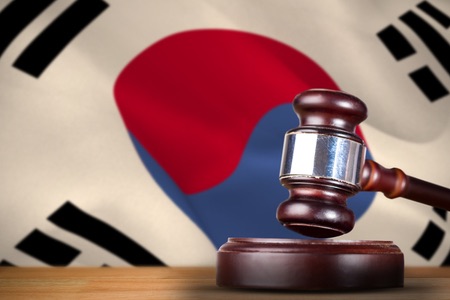 Last December, the KFTC originally fined Qualcomm a total of $853 million after a three-year study concluded and found that the chipmaker limited market access among competitors and employed unfair licensing agreements which could stop shipments to licensees who didn’t comply with certain agreement terms. Qualcomm’s initial statement on the Korean regulatory fine indicated a great deal of disagreement and the chipmaker filed a motion for stay in Seoul Central District Court this February, citing potential commercial interests that might be seeking to influence South Korea’s regulatory action.

South Korea is not the only country in which Qualcomm is charging that corporate interference with regulators has led to negative decisions for the San Diego chipmaker. This April, Qualcomm filed a suit in the Southern District of California alleging that Cupertino, CA-based consumer gadget developer Apple Inc. (NASDAQ:AAPL) had engaged in tortious interference by misrepresenting Qualcomm’s business activities to regulatory agencies in multiple jurisdictions, including South Korea. In Korea, Qualcomm alleged that Apple presented false information on its chipset suppliers to the KFTC, leading that agency to levy the antitrust fine against Qualcomm.

Recently, Qualcomm began taking additional fire on its business activities from a rival chipmaker, Santa Clara, CA-based Intel Corporation (NASDAQ:INTC). In mid-July, Intel filed a public interest statement with the U.S. International Trade Commission (ITC) in a Section 337 patent infringement case filed at the ITC by Qualcomm against Apple. In its statement, Intel said that Qualcomm’s allegations of patent infringement “a transparent effort to stave off lawful competition from Qualcomm’s only remaining rival.”

The legal squabble between Qualcomm and Apple is one which has continued to ramp up through this summer, with Qualcomm filing its Section 337 patent infringement complaint against Apple this July. That complaint asserted a series of six non-standard essential patents (SEPs) to counter Apple’s argument that Qualcomm was violating its fair, reasonable and non-discriminatory (FRAND) obligations regarding licensing its SEPs to others. Days after Qualcomm filed the ITC complaint, Qualcomm CEO Steve Mollenkopf made comments at the Brainstorm Conference in Aspen which reflected his expectations that the battle between Apple and Qualcomm would most likely be settled out of court.