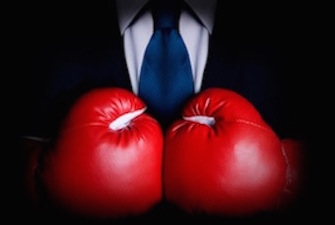 According to a press release from Qualcomm on the complaint filed with the ITC, the semiconductor maker is seeking the ITC to issue a limited exclusion order which would block the importation of iPhone products that use cellular baseband processors other than those provided by Qualcomm or Qualcomm’s affiliates. “Qualcomm’s inventions are at the heart of every iPhone and extend well beyond modem technologies or cellular standards,” Dan Rosenberg, executive VP and general counsel at Qualcomm, is quoted as saying. “The patents we are asserting represent six important technologies, out of a portfolio of thousands, and each is vital to iPhone functions.”

The patents being asserted by Qualcomm in the Section 337 complaint at the ITC include:

A one-pager on the patents asserted in the ITC filing published by Qualcomm reflects a few unique aspects of these patents. None of the patents asserted by Qualcomm in its recent Section 337 complaint are standards essential patents (SEPs). This seems to be an attempt to rebut arguments Apple has previously made that Qualcomm employs abusive tactics in licensing its mobile processor SEPs in a way that violated Qualcomm’s responsibility to license those patents on fair, reasonable and non-discriminatory (FRAND) terms. Qualcomm also notes that the patents that Apple’s devices practice without paying for a license have all been issued in the past six years, two of which have been issued this year alone. The company’s patented processing technologies have helped push peak download speeds supported in mobile modems from 1.8 megabits per second (Mbps) in 2006 up to 1 gigabit per second (Gbps) by the year 2017.

Along with the ITC filing, Qualcomm has also filed a patent infringement suit in the U.S. District Court for the Southern District of California (S.D. Cal.) asserting the same six patents which are in the ITC Section 337 complaint. That filing cites aspects of Apple’s culture, including Apple founder Steve Job’s famous quote on stealing ideas, which has led to a company that today refuses to pay licensing fees to the tech developer who launched processors into the market in the first place. As the S.D. Cal. suit notes, the six patents asserted there and in the ITC complaint are only a fraction of the non-SEPs that Apple practices without properly licensing.

Reports that Qualcomm could pursue a patent infringement case at the ITC were coming out by early May when Bloomberg reported that sources close to Qualcomm said that the company was looking into the viability of filing a Section 337 complaint. For its part, Apple looks as though it will also ramp up its legal argument against Qualcomm in the case it filed this past January. A first amended complaint filed by Apple on June 20th in that case renewed Apple’s claims in the case and brought “new and expanded claims based on the continuing—and mounting—evidence of Qualcomm’s perpetuation of an illegal business model that burdens innovation.” It’s tough to see how a tech licensing company whose technologies have increased mobile processing speeds by 500 times from the earliest 3G cellular devices to today’s smartphones, but it will be interesting to watch Apple make its argument nonetheless.