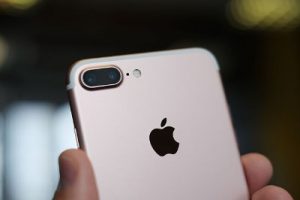 “iPhone 7 Plus with Dual-Lens Camera” by K?rlis Dambr?ns. Licensed under CC BY 2.0.

On Friday, January 20th, Cupertino, CA-based consumer tech firm Apple Inc. (NASDAQ:AAPL) filed a lawsuit against San Diego, CA-based semiconductor giant Qualcomm, Inc. (NASDAQ:QCOM) The lawsuit seeks $1 billion in damages which Apple alleges that Qualcomm is withholding from the iPhone developer in violation of an agreement between the two companies, including injunctive and other relief. The suit, which includes breach of contract claims, patent claims and antitrust claims, was filed in the U.S. District Court for the Southern District of California (S.D. Cal.).

As the official complaint filed by Apple notes, Qualcomm has been under fire recently in multiple countries for predatory business practices involving its licensing activities for tech invented by Qualcomm for the development of cellular phone and data network standards. In late December, Qualcomm was fined $853 million by the South Korean Fair Trade Commission (KTFC) for improper negotiations of patent licenses. In February 2015, Qualcomm announced that it had agreed to a $975 million fine to settle antitrust claims levied by China’s National Development and Reform Commission (NDRC) involving the company’s patent licensing activities.

Apple’s lawsuit also follows closely on the heels of a complaint for equitable relief in a U.S. court filed by the Federal Trade Commission (FTC). Filed on Tuesday, January 17th, the official complaint seeks a permanent injunction against Qualcomm, targeting the company’s “unlawful maintenance of a monopoly” over baseband processors and cell phone semiconductor devices. Although Qualcomm has publicly committed to licensing its standard-essential patents on fair, reasonable, and non-discriminatory (FRAND) practices as part of its participation in cellular wireless standards, the FTC alleged that Qualcomm engages in exclusionary tactics, like withholding processor products unless the customer accepts a license with elevated royalties. “By using its monopoly power to obtain elevated royalties that apply to baseband processors supplied by its competitors, Qualcomm in effect collects a ‘tax’ on cell phone manufacturers when they use non-Qualcomm processors,” the FTC’s complaint alleges. The FTC’s suit was filed in the U.S. District Court for the Northern District of California (N.D. Cal.).

Between 2006 and 2015, Qualcomm has been the world’s largest supplier of baseband processors complying with code division multiple access (CDMA) standards for wireless communication, although the market share held by Qualcomm during that time is redacted from the FTC’s complaint. Qualcomm’s global share of the long-term evolution (LTE) baseband processor market was also dominant between 2012 and 2015. Although Qualcomm held a high share of standard-essential patents (SEPs) related to second generation CDMA (2G-CDMA), it held a smaller share of SEPs related to third generation CDMA (3G-CDMA) and LTE wireless standards. Despite this smaller share, Qualcomm has pursued licenses for SEPs to original equipment manufacturers (OEMs) which the FTC alleges include base royalty rates which are significantly higher than other licensors of cellular SEPs. FTC also alleges that Qualcomm denies OEMs the opportunity to challenge the terms of Qualcomm’s SEP licenses in court through the company’s “no license-no chips” policy which requires OEMs to pay substantial royalties on handsets using baseband processors manufactured by Qualcomm’s competitors. The FTC argues that this “no license-no chips” policy is anomalous among both component suppliers as well as SEP licensors.

The FTC’s lawsuit also identifies issues in Qualcomm’s licensing activities specific to Apple, which is not a direct licensee with the company but employs contract manufacturers who do license SEPs with Qualcomm, which passes on the cost of higher royalties to Apple. The FTC cites Apple as one example of an OEM which finds Qualcomm’s SEP licensing activities to be inconsistent with the company’s FRAND obligations for such SEPs. The FTC identified three licensing agreements negotiated by Apple with Qualcomm to reduce the royalty burden, two of which resulted in Qualcomm providing royalty relief to Apple in the form of lump sum payments in return for the exclusive use of Qualcomm processors in new iPhone and iPad models.

These licensing agreements are also discussed in Apple’s suit against Qualcomm as proof of price gouging in violation of Qualcomm’s FRAND obligations. Despite Apple’s attempts to negotiate a worldwide FRAND license for a lower royalty rate, Qualcomm has only agreed to the settlement model involving Qualcomm cash payments in exchange for increasing exclusivity in Apple products. “Qualcomm used its anticompetitive leverage to gain even greater anticompetitive leverage and used unreasonable terms to gain even more unreasonable terms,” Apple’s complaint states. Apple alleges that the Qualcomm payments amount to rebates, but Qualcomm will not use the term “rebate” to describe the payments as such a practice doesn’t comply with FRAND obligations.

Apple lists a series of nine patents-in-suit in its complaint. These patents are held by Qualcomm and Apple is seeking an S.D. Cal. judge to rule that these patents are not essential to third generation universal mobile telecommunications service (3G/UMTS) and fourth generation LTE (4G/LTE) standards practiced by Apple products, or if they are essential, how to set a FRAND royalty for such SEPs. These patents include: 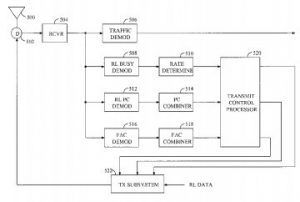 Apple’s lawsuit lists 25 counts including breach of contract, violations of California state law, monopolization and declarations of noninfringement and FRAND royalties for each of the patents-in-suit. Apple is seeking a jury trial and judgements declaring Qualcomm liable for breach of contract and in breach of the implied covenant of good faith and fair dealing. Apple also wants the court to force $1 billion in payments withheld by Qualcomm, which are due to Apple under terms of the business cooperation and patent agreement between the two companies; Apple alleged that these payments were stopped without warning in September 2016.

Qualcomm released an official statement on the case the same day that Apple’s lawsuit was filed:

“While we are still in the process of reviewing the complaint in detail, it is quite clear that Apple’s claims are baseless. Apple has intentionally mischaracterized our agreements and negotiations, as well as the enormity and value of the technology we have invented, contributed and shared with all mobile device makers through our licensing program. Apple has been actively encouraging regulatory attacks on Qualcomm’s business in various jurisdictions around the world, as reflected in the recent KFTC decision and FTC complaint, by misrepresenting facts and withholding information. We welcome the opportunity to have these meritless claims heard in court where we will be entitled to full discovery of Apple’s practices and a robust examination of the merits.” – Don Rosenberg, executive VP and general counsel at Qualcomm