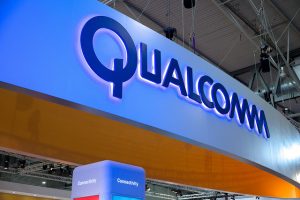 The complaint filed by Qualcomm answers allegations made by Apple in a suit filed this January in S.D. Cal., including Apple’s assertions that Qualcomm was withholding $1 billion in payments in violation of an agreement between the two companies. Qualcomm’s suit widely denies allegations raised in that lawsuit. Qualcomm’s suit lists a total of 35 defenses to Apple’s allegations; these include Apple’s failure to state a claim on which relief can be granted, laches, estoppel, waiver, unclean hands, and non-justiciable claims.

Qualcomm’s suit argues that much of Apple’s current fortune is predicated on the success of Qualcomm semiconductor technologies in Apple’s products like the iPhone. Qualcomm alleges that Apple has captured upwards of 90 percent of global smartphone industry profit and has admitted that “the full value of its products is realized only when the underlying cellular technology – such as 4G LTE – adequately enables their capabilities,” the suit reads.

Last year, Qualcomm and Apple entered into talks in which Apple would take a direct license to Qualcomm’s 3G and 4G SEP portfolio according to the suit; for years, Qualcomm’s SEPs were licensed to Apple’s contract manufacturers, indirectly realizing royalties from Apple’s products. Qualcomm alleges that Apple’s counter to Qualcomm’s offer was unreasonable and although the royalty per phone amount is redacted in the suit, Qualcomm calls it a small fraction of what other smartphone vendors would have paid for a comparatively priced phone:

“To appreciate the unreasonableness of Apple’s offer, one need only compare it to the royalties that Apple demands for its own patents. In Apple’s recent litigation with Samsung, Apple argued that just three Apple patents on touch-screen features (‘pinch-to-zoom’, ‘tap-to-zoom’, and ‘bounce-back’) were worth a reasonable royalty of $7.14 per phone. That is, Apple claims that only three of its patents on these features are worth [material redacted] what Apple is willing to pay for Qualcomm’s thousands of patents, taken together, on fundamental technologies that are essential to cellular communication. It is neither fair nor reasonable to contend, as Apple does, that the cumulative value of years of Qualcomm innovation driving core cellular technology pales in comparison to the value of just three Apple user-interface patents.”

The allegations in Qualcomm’s suit also include accusations that Apple has engaged in unlawful tactics on a global scale to avoid paying appropriate licensing fees to Qualcomm, including wrongful inducement of regulatory action and false accusations of extortion. According to Qualcomm, the $1 billion which Apple is seeking from Qualcomm was promised under an agreement which Qualcomm believes Apple hasn’t upheld. Apple allegedly failed to uphold its end of the agreement by inducing litigation, including that from regulatory authorities, against Qualcomm. For example, Apple allegedly informed the Korea Fair Trade Commission that Apple hasn’t added a second chipset supplier because of Qualcomm’s exclusionary tactics after Apple had already begun to incorporate Intel chips into the iPhone 7 which would be sold in Korea weeks later. This allegedly false information led the South Korean regulatory entity to levy a $853 million fine against Qualcomm for antitrust violations.

The suit also includes allegations that Apple has violated California state law on unfair competition by misrepresenting the performance of iPhones which incorporated Qualcomm chips. Qualcomm accuses Apple of limiting the performance of iPhones using Qualcomm chips by reducing the speed at which the Qualcomm modem components operated. “Apple’s actions were intended to prevent consumers from realizing that iPhones containing Qualcomm chipsets performed far better than iPhones containing chipsets supplied by Intel,” the suit reads. Although Apple stated publicly that there was no discernable difference between the performance of Intel’s chipset and Qualcomm’s chipset, Apple allegedly prevented the disclosure of information that Qualcomm’s chips performed better by warning Qualcomm that it would retaliate over such a disclosure. Qualcomm also alleges that Apple has breached its obligations under a Master Software Agreement between the two parties, although the material explaining that charge has been redacted from the publicly available court filing.

“By selectively disclosing terms of the parties’ confidential agreements, Apple has told a one-sided—and inaccurate—story,” Qualcomm’s suit reads. The suit notes that Qualcomm has invested significant research and development resources into the development of cellular technologies since the company was founded in 1985. “Apple, on the other hand, has played little to no role in developing cellular communication technologies,” the suit reads. Between 2014 and 2016, Qualcomm allegedly invested 20 percent of its revenue, or $5 billion per year, into R&D activities. Qualcomm’s significant contributions to cellular networking technologies include its 1989 introduction of Code Division Multiple Access (CDMA) second-generation (2G) cellular technology. The case background notes that Qualcomm would go on to develop technologies based on CDMA which have been important for 3G, such as the Wideband Code Division Multiple Access (WCDMA), and 4G, such as Orthogonal Frequency Division Multiple Access (OFDMA). Qualcomm’s R&D has resulted in a portfolio of 130,000 patents and patent applications covering SEPs for cellular standards and patents not within a standard but reflect valuable mobile telecommunication technologies ranging from single chips to system-level innovations.

Qualcomm also notes that its licensing activities with Apple’s contract manufacturers go back years before Apple sold its first cell phone in 2007, as early as February 2000 in the case of Taiwanese firm Compal Electronics. Qualcomm asserts that its licensing agreements with the contract manufacturers were consistent with policies set out by the European Telecommunications Standards Institute (ETSI). Apple first considered a direct license agreement with Qualcomm in 2007 and on-and-off talks continued through 2017 but an agreement on direct patent licensing wasn’t reached. Qualcomm called Apple’s most recent counteroffer unreasonable as Apple argued that the proper base for determining royalties should be no more than a percentage of the baseband chipset, a stance which Qualcomm alleges is inconsistent with its FRAND licensing commitments. Qualcomm also alleges that Apple has turned down every offer of arbitration despite Qualcomm’s willingness “to arbitrate any license for any portfolio of patents in which Apple was interested.”

Qualcomm’s suit includes a total of 11 counts against Apple, including counts for a declaration that Qualcomm’s FRAND licenses with Apple’s contract manufacturers do not violate commitments to ETSI, a declaration that Qualcomm’s license agreements with the contract manufacturers don’t violate competition law, breach of a 2013 statement of work between Apple and Qualcomm, breach of implied covenant of good faith and good dealing as well as unjust enrichment. Qualcomm is seeking a jury trial in the case.