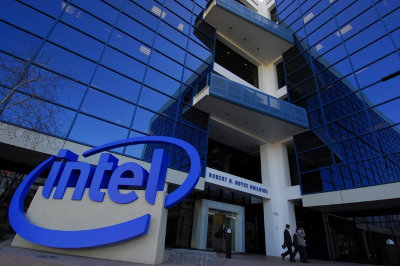 Not surprisingly, Intel objects to the ITC taking action on Qualcomm’s complaint, and alleges that Qualcomm is attempting to perpetuate an unlawful monopoly. The Intel Statement reads in part:

Intel is Qualcomm’s only remaining competitor in the merchant market for premium LTE baseband processor modems (“modems”). Intel has invested billions of dollars to develop next-generation advanced modems and technologies to improve the performance and functionality of modern smartphones and cellular communications. Qualcomm now seeks exclusion of allegedly infringing Apple mobile electronic products that include a modem made by Intel, so that they can be “replace[d]” by allegedly infringing Apple products that “use a Qualcomm brand baseband processor modem,” Complainant’s Initial Statement on the Public Interest at 4. Thus, Qualcomm did not initiate this investigation to stop the alleged infringement of its patent rights; rather, its complaint is a transparent effort to stave off lawful competition from Qualcomm’s only remaining rival. This twisted use of the Commission’s process is just the latest in a long line of anticompetitive strategies that Qualcomm has used to quash incipient and potential competitors and avoid competition on the merits. And although those strategies have sometimes been subtle or complex, Qualcomm’s latest complaint could not be more blatant in its anticompetitive aims.

Like Qualcomm’s other anticompetitive conduct, an exclusion order would cause significant harm to the public interest—and, specifically, to the interests identified in the statutory public-interest factors in Section 337(d)(1) of the Tariff Act. See 19 U.S.C. § 1337(d)(1). The vital public interest in restraining Qualcomm from shutting Intel out of the market for premium LTE modems led the Federal Trade Commission (“FTC”), after an extended investigation, to bring an action in district court to stop Qualcomm’s anticompetitive conduct. See Complaint, FTC v. Qualcomm Inc., No. 5:17-cv-220 (N.D. Cal. Jan. 17, 2017). The allegations of the FTC’s Complaint are striking and unmistakable—and fully consistent with Intel’s experience as a target of Qualcomm’s anticompetitive conduct.

If the Commission entertains Qualcomm’s complaint, it should do so with full awareness of Qualcomm’s abusive practices and the risks to the public interest from the exclusion order Qualcomm seeks. Accordingly, if the Commission elects to institute an investigation, Intel respectfully requests that the Commission delegate the public-interest question to an ALJ for development of an evidentiary record that takes the full measure of Qualcomm’s long history of anticompetitive conduct and the strong public interest in refusing an exclusion order here.

Intel goes on to later say:

The Commission should make no mistake: Qualcomm’s Complaint attempts to accomplish something quite different from the ordinary vindication of patent rights. Qualcomm’s goal is not to exclude supposedly infringing products from the United States. Instead, its primary goal is to exclude Intel modems from the United States, while giving free passage to allegedly infringing Apple products that incorporate a Qualcomm modem.

As the Qualcomm complaint explains: “Infringement by use of non-Qualcomm brand baseband processor modems is purely a matter of choice on the part of Apple.”