The Problem of Inter-Partes Review (IPR)

EDITORIAL NOTE: This is part 5 of a multi-part series by author Neal Solomon. If you have missed previous installments please see part 1: The Myth of Patent Quality; part 2: Patent Quality Relies on a Fictitious Narrative; part 3: The Problem of Reducing Patentability to Novelty; and part 4: The Problem of Obviousness. In this installment Solomon tackles the problems with IPR challenges. 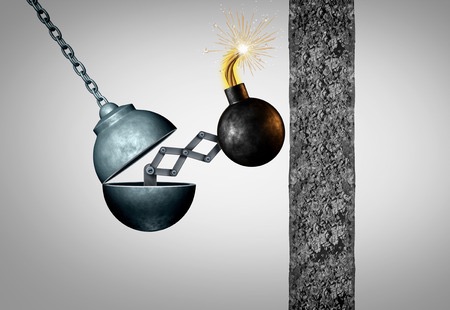 In 1981, Congress authorized patent reexams to review the validity of previously issued patents. The reexams were modeled on reissues in which a patent holder could modify claim language, including correction of errors. An ex parte reexam could be initiated by the patent holder and an inter partes reexam could be initiated by a third party. Both of these reexam regimes enabled claim amendment to repair errors in light of newly discovered prior art references in order to allow a patent to be non-obvious.  However, the PTO reexam process was indeterminable and cumbersome, with inter partes reexams sometimes dragging on for years. The problem of terminal examination indefiniteness required a substantive solution.

In 2011, the AIA restructured the reexam process by creating a Patent Trial and Appeal Board (PTAB) and replacing inter partes reexams with inter partes reviews (IPRs). In addition, the AIA established post-grant reviews (PGRs) for patents issued within one year and covered business method (CBM) reviews for financial services patents. The IPR process was based fundamentally on the mistake that patents are bad, weak and poor quality. The suggestion was that patent examiners were poorly prepared to process patent applications with limited PTO resources and that the examiners could not properly search for prior art or sufficiently examine patent applications. The patent critics – many supported by deep pocketed big tech incumbents – thought the PTO examination system was insufficient to produce a “golden” patent or one which was thoroughly vetted for prior art and examined. In order to endeavor towards the quest of the golden patent, IPRs were instituted as an oppositional process to provide tools for patent infringers to attack patents at any time in their twenty year life cycle. All IPR decisions are appealable only to the Federal Circuit.

When a patent was asserted in the federal courts, the alleged infringer could challenge the patent’s validity in an IPR at the PTO. The theory was that the PTO contained expertise to review patents, which expertise the federal district courts lacked, and that questions of validity were therefore best reviewed in the PTO. Hence, a second window of patent review was established in the PTO based on the theory that patent quality at the PTO was poor.

Beyond the main presumption that patents were bad or weak, IPRs brought the issue of patent validity out of the courts and back to the PTO. Since the big tech incumbents essentially wrote the AIA, there was an incentive to remove jurisdiction on patent validity determinations from the courts, which protected patent holders with due process rights.

In 2010, the Supreme Court opinion in i4i reiterated a century and a half of jurisprudence on patent validity and the presumption of validity (35 U.S.C. § 282) in a patent, according to which the clear and convincing standard was applied to challenging patent validity. The district courts treated patents as a property right and supplied due process to the challenge of issued patents.

The AIA changed this formula for challenging patent validity by returning the re-test for patent validity to the PTO, which viewed patent review as a hybrid form of continued examination. The PTAB review board developed a set of rules to interpret the AIA IPR process which generally denied patent holders due process of law. Rather than a patent being presumed to be valid, the patents were treated like patent applications, without a clear and convincing standard for challenge. In addition, once back at the PTO, there were limitations of claim interpretation, with the broadest reasonable interpretation (BRI) standard applied rather than the Phillips standard applied in district courts. Whereas the AIA statute specified the ability for patent holders to amend patent claims in an IPR, these were in reality instituted only in about one tenth of one percent cases. In addition, the AIA statute constrained estoppel provisions to limit continuous attacks on a patent, which have not been instituted by the PTAB. The combination of these features suggest that due process rights are not available to patent holders in the PTO compared to the district courts.

In addition to the procedural issues, IPRs introduced an asymmetric component which particularly burdens the patent holder by requiring a very expensive ten-fold higher cost to defend the patent in the PTAB relative to the alleged infringer(s) cost of initiating an IPR.

In sum, then, by writing the AIA for self-benefit, the big tech industry did an end run around i4i, breached the presumption of patent validity and pushed patent validity determinations back to the PTO with the objective to deny patent holders critical due process rights. The main impetus to persuade Congress to initiate this after grant review process lied in the false narrative of the big tech cartel that patents issued by the PTO are of a poor quality.

Because IPRs are applied to thousands of patents, with many claims from the majority of inspected patents ruled invalid, the after grant review process at the PTO has effectively destabilized the U.S. patent system. Ultimately, the IPR process has dramatically raised costs for patent holders, with adverse effects on the incentives to invent.

Interestingly, about a third of the companies instituting IPRs are the large technology companies that have a history of infringing patents, revealing that the IPR process was contrived to protect their monopoly profits and the subjugate their competitors to intensive attack legitimized by the imprimatur of the U.S. government. This situation is far more common in the Third World in which dominant corporations control economies that produce no progress. IPRs are a new game with rules written by big tech infringers and administered by pro-infringer and anti-patent ideologues.

Since the main motivation of the IPR process was to review bad quality patents, the main assumption of the AIA was that only a few patents were issued by the PTO without a proper examination and that the IPRs were organized to catch these. However, the IPR process was applied to all patents that were enforced in the courts, under the mistaken assumption that all patents issued by the PTO are of poor quality. The PTAB was driven by an inflexible anti-patent ideology promoted in PTO patent review policies. In general, the PTAB has been hostile to patent holder rights, further distorting PTO after grant review credibility. This one-sided view against patent holders delegitimizes the IPR process. For instance, there is a broad range of rules on institution decisions, claim interpretation, estoppel and lack of amendability that clearly benefits alleged infringers. Thus, rather than being viewed as a neutral arbiter that may fairly resolve disputes, the PTAB has politicized the issue of patent quality to benefit infringers, encourage efficient infringement and harm patent holders. The effects of IPRs are further delegitimized by the different outcomes realized from patent validity reviews from different standards applied in the PTO examination system, the PTAB and the federal courts. The dual and inconsistent patent validity tests in the courts and the PTAB is untenable. Ultimately, the adversarial approach entertained in the PTAB is blatantly unfair to patent holders without the due process protections of the district courts.

Perhaps not surprisingly, the main problem with IPRs lies in the problem of obviousness. Almost all patents attacked in IPRs rely on obviousness to remove patent claims. The loose interpretation of obviousness is at the root of the problems in the PTAB. The combination of prior art references that are not limited to the field of invention of a patent is clearly the source of the IPR problem. This explains why multiple companies work together to identify a broad range of prior art and relentlessly attack patent claims by combining multiple prior art references to invalidate claims.

Particularly without due process protections, the broad attack of patents with a very loose interpretation of prior art references for obviousness becomes the main challenge for patent holders in IPRs.

UP NEXT… Solutions for the IPR crisis, which are intended to balance the rights between the patent owner and petitioner.