EDITORIAL NOTE: This part 2 of a multi-part series by Neal Solomon. To start reading from the beginning please see The Myth of Patent Quality. 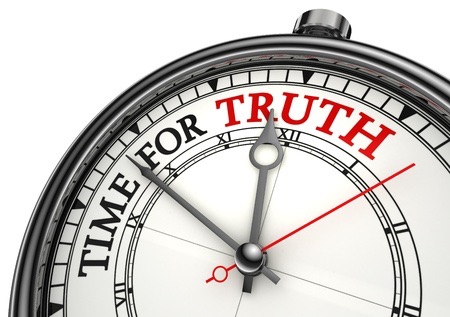 The main tenets of patent critics have been that patents are poor quality, that patents hold up manufacturers and that patent “trolls” have unfairly abused the courts to extort settlements from infringers. In order to solve these conjectures of bad patents, patent holdup and patent “trolls,” a big tech cartel narrative has influenced the courts to narrow enforcement remedies mainly for non-manufacturers and influenced Congress to institute radical changes that include a second window of patent review in the U.S. Patent and Trademark Office (PTO). The effects of these dramatic changes include a profound decline of investment in innovation beyond the big tech cartel, the broad-based decline of productivity growth and the decline of small technology companies, alongside the historical increase in patent infringement and growth in market capitalization and profits of big tech companies.

The patent system has been radically transformed on the premise that patents are “bad.” If the complaint of patent quality is wrong, the dramatic changes to the patent system are misplaced.

According to the narrative of patent critics, a key problem with the patent system involves patent “quality,” the cure for which is the “gold-plated patent” (golden patent) [See Lemley, M., D. Lichtman and B. Sampat, “What to do About Bad Patents,” Regulation, Vol. 28, No. 4, pp. 10-13 (2005), for a first suggestion of a second window for review in the PTO] or one in which the PTO has extraordinary resources to vet each patent application. This notion was a thought experiment by defense attorneys until Obama instituted the idea with neither review nor debate. This solution for the problem of allegedly bad patents was the America Invents Act proposal to institute after-grant reviews (such as an Inter-Partes Review (IPR)) in order to properly vet bad quality patents. [See the critiques of this view in Solomon, N., “A Review of Patent Validity Jurisprudence,” SSRN (2010) and Kieff, F. S., “The Case for Preferring Patent-Validity Litigation Over Second-Window Review and Gold-Plated Patents: When One Size Doesn’t Fit All, How Could Two Do the Trick?,” 157 U. PA. L. Rev. 1937 (2009).]  However, if the presupposition that patents are bad is false, the solution of IPRs is wrong too. Proving that the AIA and IPRs rely on a mistaken presupposition of bad patents would expose the big tech narrative that attacks patents as bad to be wrong. If patents are shown not to be bad after all, the fallacy of the big tech narrative would be exposed and the burdensome solutions would be seen as self-serving to the infringer lobby. The assertion that patents are bad is unwarranted by the facts. In actuality, attacking patents in IPRs raises barriers to competition, perversely incentivizes infringement and promotes a free ride for infringers.

The facts are that the quest for the golden patent is misplaced. The real problem has been the shifting and artificial criteria of patentability, inventiveness and “obviousness.” In effect, the changing law on patent validity standards has essentially shifted the goal posts. The idea of a golden patent was originally rebutted because it is cumbersome, expensive and unworkable, with all of the burdens placed on the inventor as a sort of huge regressive tax.

Patents have become politicized in recent years according to which allegations of poor patent quality and patent trolls have become the core tenets of the big tech narrative attacking the patent system. In reality, this narrative has justified wholesale changes to the patent system that support the model of efficient infringement by the big tech cartel in order to support their Brobdingnagian profits. The big tech cartel – the modern equivalent of robber barons – is applying game theory to increase entry barriers by a factor of 100, with the effect to reduce competition. This self-serving and false narrative on patent quality, then, drives the debate on the need to reform the patent system. By so dramatically raising the bar for inclusion into the patent system, a democratized U.S. system for the first time in two centuries transitions to an aristocratic system controlled by capital flows rather than creative labor.

The constant complaint by big tech companies about “bad” patents and poor patent quality has led to “ongoing efforts to improve patent quality” by the PTO. The term “patent quality” is in reality a term used by large technology companies that systematically infringe patents to attack the patent system. By attacking patent quality, they seek a free ride to steal others’ technology.

It may seem interesting that neither the courts nor the PTO has defined patent quality. The main for reason for this omission is that there is no such thing as patent quality, any more than one can look at a work of art and say that it is great or poor. The notion of patent quality is highly subjective and impossible to justify or rebut.

Naturally, the big tech cartel has expended virtually unlimited resources to hire academics and consultants to argue their case in public fora to justify the narrative of bad patents when the real motive is the justification for efficient infringement, suppression of entrants and promotion of monopoly profits. In recent years, the PTO and the courts have been unwitting and unreflective co-conspirators of the big tech narrative.

Patent critics attack the patent system on three fronts. First, they claim that patents hold up infringers when patent holders enforce their patent rights. However, in recent years, there has been limited hold up in the absence of injunctive relief, a remedy that has been eroded by the courts. Second, patent critics attack non-practicing entities as not worthy of patent rights since they claim that only manufacturers are legitimate patent holders. Nevertheless, big tech incumbents have moved nearly all of their manufacturing off shore, effectively eviscerating U.S. manufacturing employment. Finally, patent critics claim that the presumption that patents are of poor quality justifies a second window of patent examination that is implemented without either an even playing field or due process. All three of these presumptions of patent critics are false.

Instead of a substantive argument, patent critics have politicized patents, which have led to adverse anticompetitive effects. The ultimate aim of the big tech cartel is to drive down input prices of technology from and to free ride on small tech companies that invent original technology. The agenda of big tech incumbents is not neutral, but rather is self-serving, viz., to constrain market entrants by raising the bar to competition. It is not in the interest of the patent system – a carefully designed balance of rights structured to support a healthy innovation ecosystem – for infringers to judge patents as good or bad. In fact, it is natural for infringers to attack patents as bad, a phenomenon that has occurred for hundreds of years. Ultimately, the revelation that others’ patents are bad, while big tech company patents are good, reveals a blatantly hypocritical and self-serving position that undermines the patent system and the economy.

Nonetheless, the issue of patent quality is the key dividing line in the debate that polarizes the patent bar. Policy makers accepted the big tech narrative with neither factual support nor analysis, but rather only anecdotal information and outlier data.

While it is true that some claims in patent reviews are found to be ultimately invalid, the source of the problem is lack of due process, lack of efficient after-grant amendment practice, too loose review of combining prior art, too strict analysis of patent eligibility and a constant moving of the goalposts that cabin the patent system into a very narrow path for patentability and patent validity. The combination of changes to U.S. patent law in recent years by Congress and the courts have severely restricted patents mainly to large portfolios in companies with very deep pockets, thereby essentially eliminating small entities from the market, with tragic long-term economic effects.

Much of the attention focused on patent holders has been on diminishing the rights of all because of a few nuisance lawsuits intended to use high transaction costs to force settlements against weak targets. But burning down the house to solve a termite problem is probably not the best solution for the patent system. Yet, this approach is completely logical from a game-theoretic viewpoint in which a relatively small amount of capital is expended to support a flawed narrative of bad patents to justify erection of an onerous mechanism to attack patents the consequences of which are to dramatically raise the bar to competition and thereby preserve big tech monopoly profits.

Consequently, the narrative of the big tech companies in attacking patent quality is generally anti-competitive, hypocritical and self-serving. This narrative also suggests a concerted effort to organize an attack on the patent system emanating from a strong antitrust component that requires careful examination.

CONTINUE READING… a discussion about the problems created when the patentability inquiry is reduced to a question of novelty.