The Problem of Obviousness

EDITORIAL NOTE: This is part 4 of a multi-part series by author Neal Solomon. If you have missed previous installments please see part 1: The Myth of Patent Quality; part 2: Patent Quality Relies on a Fictitious Narrative; part 3: The Problem of Reducing Patentability to Novelty. 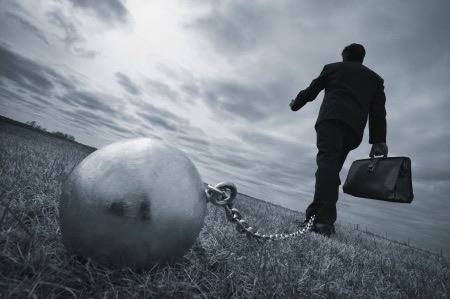 Like the 1793 Act and the 1836 Act, the 1952 Act required an inventor to show an invention’s originality as set against prior art. Whereas before 1952, this originality was proved by showing inventiveness as novelty, the 1952 Act introduced in addition to the concept of novelty the notion of obviousness. “Obviousness” (or “non-obviousness”) arose to challenge the subjective ideas of inventiveness by seeking to link inventiveness only to prior art, rather than, say, to a flash of genius. In the case of novelty (35 U.S.C. § 102), a patent must be shown to be original as against a single piece of prior art, with the prior art “anticipating” the invention. In the case of obviousness (35 U.S.C. § 103), an invention must be shown to be original against a combination of prior art references. In either the case of anticipation or obviousness, an analysis of prior art becomes crucial. Most interpretations of patent quality mistakenly refer to the issue of patent validity and thus most efforts depend on the analyses of prior art, with a more intensive analysis mistakenly determining the “quality” of a patent.

The main aim of introducing the idea of obviousness is to prevent an invention on a basic scientific advance that may include standard knowledge of a field. However, the challenge for an inventor is to get beyond these combinations of prior art by identifying the range of this prior knowledge and narrowing the art to the field of the invention. One main test established to narrow the field of an invention was the teaching-suggestion-motivation (TSM) test in which an expert in a field would narrow the prior art to those references that are relevant to the invention. Only if prior art is clarified and precise can multiple relevant references be combined to attack an invention. For instance, if the prior art is interpreted broadly, with multiple references from different fields of art, many combinations of prior art will be found to exclude most inventions.

The main problem with obviousness began with the Supreme Court opinion in KSR. [Note, however, that KSR draws on Graham v. Deere (1966) and Hotchkiss v. Greenwood (1850), which discusses the first notion of obviousness, embedded in the patent statute in 1952.] KSR removed the TSM test as the exclusive test of exclusivity, thereby opening up the restriction of a broad interpretation of combinations of prior art. Virtually any art in any field could be introduced as prior art if it had a tangential relationship to the proposed invention. With much more prior art included in an obviousness determination, the combination of many more prior art references tended to limit the inventiveness of many proposed inventions. This is particularly the case with evolutionary inventions that require only a small inventive step, which is the main domain of large corporations that tend to patent hundreds or thousands of small inventions in a large portfolio.

In the internet era, it is straightforward to do a database search of prior art, but with the broad swath of prior art with minimum limitations beyond a localized field of an invention, many prior art references are included in a search. The database has taken the place of the expert from the TSM test, with problematic results. The search for prior art has become the main function of the patent examiner. However, the crucial function of interpretation of prior art, and the exclusive of irrelevant prior art, still remains somewhat subjective. The main challenge of the patent examiner — and thus the main role of the patent office examination system – is to connect how two or more prior art references may be combined to read on a patent claim. In some cases, the identification of a novel solution to a technical problem is a substitute for the problem of combining prior art references since there may be multiple solution options for the same technical problem. In any event, it is crucial to cabin obviousness challenges in order to provide more meaningful prior art analyses of inventions.

After KSR, the horse got out of the barn. A broad view of obviousness has become problematic since many inventions are ruled invalid based on a loose interpretation of a combination of unrelated prior art references. The very liberal interpretation of obviousness after KSR has been a core problem of the patent system. The Federal Circuit recognizes this problem and has recently begun to bring the TSM test back in vogue as a central tenet of obviousness. As the TSM test shows, the first challenge is to narrow the scope of the field of the invention. Once constrained, the inclusion of prior art references must be confined to the scope of the field of invention.

Increasingly, the Federal Circuit is applying secondary considerations (or objective indicia) to challenges of non-obviousness. These “objective indicia of non-obviousness” secondary considerations include: (a) the invention’s commercial success; (b) long felt but unresolved needs; (c) the failure of others; (d) skepticism by experts; (e) praise by others; (f) teaching away by others; (g) recognition of a problem; and (h) copying of the invention by competitors. Interesting, the Federal Circuit reiterated these factors in determining the validity of an invention involving a smartphone against a rival.

The overly inclusive nature of obviousness interpretations has led to problems. First, with an overly broad view of obviousness, patent applicants are encouraged to flood patent examiners with prior art references in order to immunize prosecution from future surprises of prior art, even though many of these references are irrelevant. This flood of prior art burdens examiners and encumbers the patent prosecution process. Second, PTO examiners, PTAB judges and the federal district courts have different standards of determining obviousness, with the courts maintaining a clear and convincing standard for challenging the validity of an issued patent. For example, examiners may tend to narrow prior art to the field of an invention, thereby allowing applications that are then retested in IPRs under broader (higher bandwidth) standards, thereby explaining discrepancies in IPR claim kill rates.

CONTINUE READING… up next is a discussion of Inter Partes Review (IPR).