The Myth of Patent Quality

EDITORIAL NOTE: This is part 1 of a multi-part series that will publish over the next three weeks. 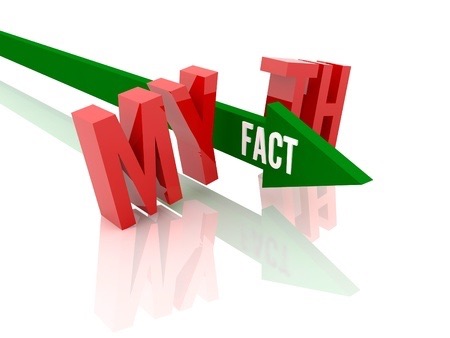 The U.S patent system has been under attack for about a decade. One of the main justifications for changing the patent system has centered on the issue of patent quality. According to patent critics, patents are bad or low quality, justifying major changes to the patent examination and review system.

The false big-tech narrative that attacks patent quality has unduly undermined the patent system, with numerous adverse consequences. The introduction of IPRs pushes patent validity determinations out of the federal courts, which enable due process, into a politicized administration agency that generally denies due process for patent holders after a patent is presumed to be valid from the original PTO examination and grant.

The introduction of after-grant reviews, based largely on the myth of patent quality, have been used to justify wholesale changes to the patent system that deviate dramatically from validity tests the courts have applied for over a century.

The increase in transaction costs to defend a patent in after-grant reviews and in enforcement, after challenging free riding efficient infringers, alters the economics for innovators and market entrants, with a tendency to diminish patent valuation. While once market forces were key determinates of an invention’s value, artificial factors associated with reproving patent validity that originate with the false narrative of bad patent quality, have altered technology economics and have ultimately diminished incentives to invest in technology, with adverse consequences to productivity growth and aggregate economic growth.

A Brief History of the U.S. Patent System

Originally conceived as a grant from the King of a monopoly to inventors as early as the 14th century, patent laws originated in Venice in the 15th century. Inventors were entitled to an exclusive right to their inventions, supplying the economic model for a temporary economic monopoly in exchange for a publication of an original invention. In 1624, the English Statute of Monopolies further developed a coherent mechanism for granting limited monopolies for inventors rather than relying on the whims of the sovereign. In contrast to the first patent laws in England, the French focused in 1791 on patent laws that emphasized the liberty of the inventor and the private property aspects embedded in the invention.

When the U.S. Constitution was ratified in 1790, one of the first laws of the young country was the Patent Act of 1790. Into the Constitution itself was embedded the intellectual property clause in order to supply inventors with “exclusive rights” to their discoveries for “limited times” thereby tracking both the British limited monopolies approach and the French private property rights approach. The Patent Act of 1790, just months after ratification of the Constitution, supplied a 14 year term of exclusive right in a patent because it often took many years to commercialize an invention. In addition, foreigners were not allowed to obtain a U.S. patent. Only the Secretary of State, the Secretary of War or the Attorney General were allowed to grant a patent. However, according to the statute, each patent application required examination in order to assess its originality and utility, which was time consuming. Only 55 patents were granted in the three years of activity of the 1790 Act.

Because of the complications of the first U.S. patent statute, Congress passed the Patent Act of 1793. The application process was simplified by seeking an examination from the Attorney General by a request to the Secretary of State. The standard of review was changed to “any new and useful art, machine, manufacture or composition of matter” and did not include the criteria of utility, which the market could resolve. The challenge of examining patents initially fell to the Secretary of State, Thomas Jefferson. Though he personally investigated some early patent applications, he eventually hired experts to examine patent applications for prior art and novelty. The demand for patent applications outstripped the supply of examiners and problems arose when applications were not sufficiently examined. For example, patents were eventually granted to devices and discoveries that were neither original nor useful. Consequently, many cases landed in the courts in fights over patent validity and infringement. Over ten thousand patents were granted under the 1793 Act.

The Patent Act of 1836 created the Patent Office, originally in the Department of State, required regular publication of patents to disseminate information to libraries nationwide, enabled a 7 year extension of the original 14 year term and allowed foreigners to apply for U.S. patents. In 1849, the Patent Office, with its own Commissioner of Patents, was moved to the Department of Interior, perhaps to free the Secretary of State to focus on international matters.

The 1836 Act saw the U.S. through the Civil War, the move from agrarian society to industrial economy, the World Wars and Great Depressions. Various statutory amendments and Supreme Court rulings modified elements of the 1836 Act, but this single statute was largely responsible for the dramatic growth of the U.S. economy by embedding property rights in patents that encouraged original invention. The U.S. democratized system of invention was contrasted with the European aristocratic system, whereby any workman on the shop floor could invent in America, while the European system was extremely expensive and exclusive only to the domain of the elite.

By the end of WWII, however, the 1836 Act was atrophying, thereby requiring an update from Congress. The Patent Act of 1952 created the first modern patent system that we would recognize today, with a Patent and Trademark Office in the Department of Commerce. In addition to novelty and usefulness, a patent was also required to be “non-obvious,” a concept invented to prevent inventors from patenting well-known discoveries.

In 1982, the creation of the Court of Appeals for the Federal Circuit in the Federal Courts Improvement Act consolidated federal appeals involving patents to a single appellate court. This consolidation of patent matters to a single court enabled national uniformity. During the 1980s and 1990s patents were highly valued and the U.S. is generally regarded to have witnessed an economic renaissance during this period largely because of the market dynamics enabled from the strong patent system. Productivity growth increased at high historic rates and the economy grew remarkably during this period, which led to the culmination of the Patent Act of 1999, the American Inventors Protection Act, intended to protect inventor rights.

With intense influence of the big tech cartel, Congress passed the Patent Act of 2011, the America Invents Act, which was largely written by large technology company lobbyists. With consensus from both parties, the congressmen followed the big tech narrative completely in order solve two main perceived problems in the patent system. First, the Patent Office was issuing bad software patents that were overly vague and impinged on big tech operations. Second, the problem of “patent trolls,” conceived very broadly as companies that did not manufacture goods but rather licensed patents, needed to be controlled.

The solution to these perceived problems was creation of a second window of patent examination in the Patent Office in the form of post-grant reviews, including Inter-Partes Review (IPR), Post-Grant Review (PGR) and Covered Business Method (CBM). All of these post-grant review procedures were organized in the Patent Trial and Appeal Board (PTAB) within the PTO.

CLICK to CONTINUE READING… UP NEXT… discussion of how patent quality relies on a fictitious narrative.