The Problem of Reducing Patentability to Novelty

EDITORIAL NOTE: This is part 3 of a multi-part series by author Neal Solomon. If you have missed previous installments please see part 1: The Myth of Patent Quality; and part 2: Patent Quality Relies on a Fictitious Narrative. 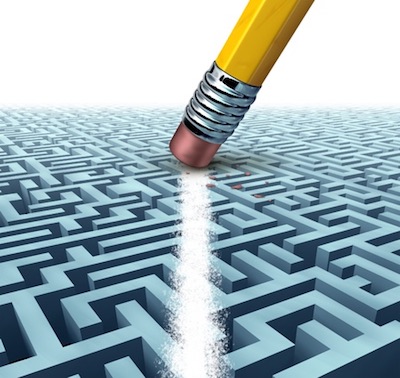 The patent system consists of a fundamental bargain. In order to encourage invention of original technical research, the government confers a limited exclusive right to the inventor. Inventors are supplied with an incentive of limited exclusivity in order to induce the difficult efforts to solve complex scientific and technical problems or to find applications for technological solutions. This bargain is fused with entrepreneurship, with multiple inventors competing in order to promote dynamic economic development. Society and the economy benefit from the progress that results from the incentives to invent that originate in a patent’s exclusive right.

One main theme of all patent laws dating back to before the 1624 English patent laws involves an emphasis on the originality of an invention. Great pains have been taken to ensure that a patent is conferred only on a novel invention.

Patent critics mistakenly associate tests of originality of a patented invention with patent quality. Assessing a patent’s originality refers to a patent’s validity, not its quality. Patent validity involves assessing tests of originality, typically novelty. The tests have generally been whether an invention is new and useful, not whether the invention is high-quality. In some sense, the notion of an invention’s quality is non sequitur with the test of scientific novelty. Neither does a well-written description or well-researched invention represent a quality invention. [Nevertheless, written description is a criteria for patent validity in that the specificity and particularity of an invention must be clearly described.] Patent validity mainly rests on a search of prior art to assess originality. The main question of novelty thus relies on the thoroughness of the search of prior art. In some ways, patent quality is equated with this thoroughness of a search for prior art, not with any substantive aspect of an invention. The assessment of patent validity largely depends on delimiting the scope of prior art. Interestingly, this assessment is more art than science, since there is no objective standard for patent validity or assessment of prior art, particularly the combination of prior art.

On the other hand, assessments of patent eligibility rely on an interpretation of scientific abstraction, natural phenomena or a law of nature that lies on the outside of the functional utility of inventions. In the case of eligibility analysis, the goal posts have shifted over the years as the courts exclude matter from elibigiligy for technical reasons, whether in software or biochemistry. For instance, the Supreme Court’s assessment has unduly limited abstract ideas (Bilski and Alice, with a connection to a machine akin to a 19th century test) and natural phenomena (Mayo and Myriad, requiring a human contribution beyond a discovery, despite the wording in the Constitution regarding conferring an exclusive right for limited times to “discoveries,” suggesting a test for originality without utility). Inventions that would have satisfied the criteria in one nation or one time may not satisfy the criteria at other times or places. The net effect of arbitrarily changing standards in order to exclude patents from patentability is ultimately to limit competition and to protect market incumbents. Recent judicial decisions on patentability appear to represent an arbitrary and logically unjustifiable limitation of patent eligibility that has a tendency to retard progress.

Ironically, judicial decisions on patent eligibility tend to depend on inventiveness, with tests of originality that tend to refer to novelty, reducing the issue of patentability to novelty. For example, post-Alice Federal Circuit decisions in Enfish and BASCOM flush out the two-step tests of a technical contribution and an inventive step, thereby reducing patentability to inventiveness.

Uncertainty about patent validity, the changing standards for assessing patent validity or the false equivalence between patentability and novelty, has tended to destabilize the patent system.

The 1952 Act changed the criteria required to assess originality or an inventive step. Rather than focusing only on “inventiveness,” the new criteria included assessment of “novelty” (35 U.S.C. § 102) and “non-obviousness” (35 U.S.C. § 103). In 1946, a criteria was applied for a “flash of genius” that required an inventor to have an epiphany of an original invention. But this psychological criterion was vague and arbitrary. The 1952 Act created the notion of “non-obviousness” in order to enable a step beyond the indefinite notion of inventiveness. A patent was obvious if some combination of prior art would render the invention not innovative. Nevertheless, the notion of “obviousness” is itself vague and inherently unscientific.

Once a patent is examined and granted by the USPTO, it is presumed to be valid (35 U.S.C. § 282). In 2010, the Supreme Court issued an opinion in i4i, which reiterated 150 years of jurisprudence on patent validity and the high bar to attack a patent that is presumed valid. In order to challenge the validity of an issued patent, a challenger must satisfy the clear and convincing standard. Most challenges have centered on attacking a patent for patentability after the changing criteria of Alice or Myriad and for non-obviousness after Graham and KSR. After satisfaction of the patent eligibility test, most patents have tended to be challenged for non-obviousness by bringing in a flood of prior art that may be combined in different ways to attack the claims of a patent.

Whether in the PTO – in an original examination or in a post grant review – or the courts, the biggest challenge for patent validity to overcome is the challenge posed by the issue of non-obviousness.

CLICK HERE to CONTINUE READING… Up next is a discussion of the problem with obviousness and how the overly inclusive nature of obviousness interpretations has led to problems.