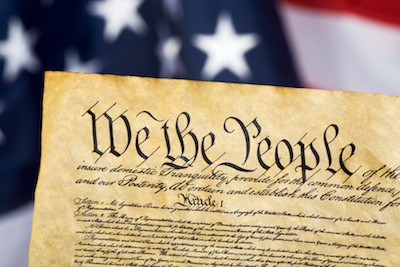 On January 25th, a panel of administrative patent judges (APJs) at the Patent Trial and Appeal Board (PTAB) entered a series of decisions which ended three inter partes review (IPR) proceedings initiated by Mansfield, MA-based medical device developer Covidien LP prior to institution. Each of the Covidien IPRs challenged the validity of a single patent owned by the University of Florida Research Foundation (UFRF) which the university had previously asserted against Covidien. The decisions made by the APJs in these IPRs indicate that public research universities can find protection from review proceedings at PTAB by claiming rights afforded them by the Eleventh Amendment of the U.S. Constitution.

In the three IPRs, Covidien was seeking to challenge the validity of U.S. Patent No. 7062251, entitled Managing Critical Care Physiologic Data Using Data Synthesis Technology (DST). Issued to UFRF in June 2006, this patent claims a method of integrating physiologic treatment data involving the steps of receiving physiologic treatment data from at least two bedside machines, converting that data from a machine-specific format into a machine-independent format within a remotely located computing device, performing a programmatic action involving the machine-independent data and presenting results from that action upon a bedside graphical user interface. This innovation overcame issues in conventional healthcare computer information systems managing physiologic and treatment data, including unit workflow issues posed by proprietary physical connections used in such systems as well as issues in presenting physiologic data in ways that optimize a physician’s comprehension.

The patents Covidien identified as rendering the UF patent obvious include U.S. Patent No. 6839753, titled Network Monitoring Systems for Medical Devices and claiming a ventilator monitoring system including a server having a dedicated ventilator application program for each of a plurality of ventilators for monitoring those devices. Covidien also argued obviousness in light of U.S. Patent No. 6322502, entitled Medical Information System and claiming a multiple image medical information system which receives patient data from various sources and displays the data in formats for use by a medical team.

In previous litigation in federal court outside of PTAB between UFRF and Covidien, UFRF argued that it was entitled to immunity against Covidien’s declaratory judgment counterclaims of noninfringement of the ‘251 patent under the Eleventh Amendment because it was a part of the University of Florida and thus an arm of the state of Florida. Therefore, Covidien, as a private party, could not pursue claims against a Florida state entity through the federal court system or in certain other adjudicative administrative proceedings. In response, Covidien argued that the patent grant was a public right rather than a private right, making it subject to all statutory conditions for its grant, including review by an administrative agency for validity. Covidien didn’t cite any case law in support of its argument, however, and the PTAB APJs accepted UFRF’s argument that it was an arm of the state of Florida entitled to Eleventh Amendment protections.

In their final written decision, the PTAB APJs note that deciding this case based on UFRF’s Eleventh Amendment defense could have wide-reaching implications for the future of validity challenges to patents held by public university research arms or “a monetization foundation affiliated with a state university.” The decision goes on:

“We are cognizant of the fact that applying an Eleventh Amendment immunity to inter partes review, absent waiver by the state entity, precludes the institution of inter partes review against a state entity entitled to Eleventh Amendment immunity. This, indeed, is precisely the point of the Eleventh Amendment, which is the preservation of the dignity afforded to sovereign states… When sovereign immunity conflicts with legislation, Congress may abrogate sovereign immunity if it has unequivocally expressed its intent to abrogate the immunity and has acted pursuant to a valid exercise of power.”

The APJ panel further found that there was nothing in the record to support Covidien’s claims that the Eleventh Amendment immunity defense would cause harm to the patent system overall.

“As a result of this decision, state university-owned patents are stronger and more attractive to enforce,” said Edward Gates, chairman of Wolf, Greenfield & Sacks, P.C.; Wolf Greenfield represented UFRF in this case. “The risk of invalidity is reduced, so these patents are potentially more valuable as a result.” Gates added that tech transfer offices at state universities across the country should be considering how this PTAB decision could help them leverage their patents for better monetization of their intellectual properties. This was a point of view which was further reflected in comments from Wolf Greenfield shareholder Richard Giunta. “This decision is an important one that any state university or related entity should pay careful attention to,” Giunta said. He noted that the establishment of sovereign immunity as an effective protection against patent validity challenges could significantly improve the value of intellectual properties held by these entities.

This decision does leave some legal questions hanging in the air, such as whether the existence of a patent infringement or declaratory judgment brought by a state institution would affect a waiver of sovereign immunity before the PTAB in a related IPR. An analogous case decided by Fed. Cir. in 2006, Tegic Communications Corp. v. University of Texas System, affirmed a dismissal of a declaratory judgment action against the University of Texas on the sovereign immunity grounds established by the Eleventh Amendment. “If this decision is appealed, it could catch the attention of the Supreme Court,” said Gerald Hrycyszyn, shareholder at Wolf Greenfield. “This decision may be reviewable under the Administrative Procedure Act. Although an argument could be made that this decision is non-appealable under 35 U.S.C. Section 314(d), there is a question whether it raises the kind of constitutional issue that the Supreme Court noted in Cuozzo could still trigger appellate review despite the statute.”