Bayh-Dole Under March-in Assault: Can It Hold Out? 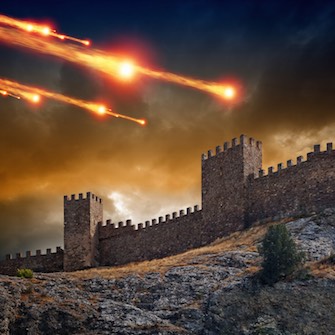 Perhaps one reason why 67% of the American people feel the country is on the wrong track is that when the institutions that we depend on are under siege, those charged with defending them are often missing in action. An example is the commercialization of federally-funded inventions under the Bayh-Dole Act. A Congressional effort to misuse it to control drug prices and a proposed open licensing regulation could quickly unravel the law.

Bayh-Dole does not give agencies the power to regulate prices of products made from federally funded inventions (see here and here), nor do agencies have the authority to opt out of complying with the law forcing universities to put patentable technologies into the public domain. But when such serious threats to Bayh-Dole arise the Department of Commerce, charged with its oversight, is nowhere to be seen. Because this responsibility has fallen off the Secretary’s radar screen the benefits derived from the law are at risk– and they are considerable.

The government funds about $135 billion a year in R&D. Private/public sector alliances are critically important to reward hard pressed taxpayers for this expenditure. They bring important discoveries out of the laboratory and into the marketplace creating products, companies, jobs and even new industries. Federally-funded inventions commercialized under Bayh-Dole contributed $1.18 trillion to our economy while supporting nearly 4 million good jobs, and create more than two new products and companies every day of the year. Presidents from Ronald Reagan to Barack Obama have issued strong statements making our technology transfer laws the lynchpin of Executive branch policies. But as pointed out in the report of The White House Lab to Market Summit the absence of an effective oversight office ensuring that agencies comply with the law while it defends the system puts all this in jeopardy. Unfortunately, that is more than idle speculation.

The new year was hardly underway before Representative Lloyd Doggett (D-TX) and 50 of his House colleagues sent a letter to Health and Human Services Secretary Sylvia Burwell and NIH Director Francis Collins urging them to “march in” under the Bayh-Dole Act to control prices for drugs developed under the law. While the high cost of drugs is a legitimate concern, attempts to address the problem through technology transfer statutes would only guarantee that we will have fewer new drugs, not that they will be cheaper (see here and here).

The Congressional letter was immediately followed by a petition from Knowledge Ecology International (KEI) asking NIH and the Department of Defense to march in to lower the cost of Xtandi, a prostate cancer drug invented by UCLA under a federal grant. KEI has filed a series of similar petitions for other drugs, all of which were appropriately denied by NIH.

The march-in provision is intended for instances when a licensee is not making good faith efforts to bring an invention to market or when national emergencies require that more product is needed than a licensee is capable of making.

At the time the law passed, Congress feared that dominant companies might license disruptive university inventions to suppress them. In that case, the government can “march in” requiring the university to issue additional licenses “upon terms that are reasonable”– meaning that it cannot include poison pill conditions when forced by the funding agency to issue new licenses.

Several years ago, two professors invented an alternative interpretation, which they published in The Washington Post. They misrepresented the legislative history arguing that “reasonable terms” means that agencies had the power to regulate prices for resulting products. This was immediately rebutted by Senators Bayh and Dole in their April 11, 2002 letter to the editor:

Bayh-Dole did not intend that government set prices on resulting products. The law makes no reference to a reasonable price that should be dictated by the government. This omission was intentional…

Senator Bayh showed precisely how the legislative history of the law was being distorted to support a previous KEI march in petition in a statement to NIH. Before delving into the details, he began:

One is entitled to second guess us and say that we should have allowed the government to have a say in the prices of products arising from federal R&D. However, if changes are believed warranted, we have a process for doing so. That is to amend the law. You simply cannot invent new interpretations a quarter of a century later. This is what is being proposed.

If Congress ever decides to amend Bayh-Dole to regulate drug prices they should remember that not a single new drug was created from federally funded inventions under the previous policies. Since then more than 153 new drugs and vaccines are protecting human health world-wide. Further, as NIH discovered when Congressional pressure forced it to include a reasonable pricing provision for drugs made under its CRADAS (cooperative R&D agreements), industry simply walked away rather than accepting such terms. The policy was finally repealed and partnerships resumed.

Providing official interpretations on how Bayh-Dole works should be done by the lead agency. Unfortunately, the Department of Commerce’s absence from the fray means that NIH is left to stand alone against formidable political pressure. To its credit, NIH has consistently resisted attempts to misuse the law, but one can only wonder how long it can hold out without reinforcements.

The greater threat to Bayh-Dole may come from an obscure regulation from the Department of Education, which appears unaware that Bayh-Dole even exists. It proposes that all copyrightable materials made under its grants must be openly licensed. This violates Bayh-Dole and Executive Order 12591 which calls for “a uniform policy … permitting Federal contractors to retain rights to software, engineering drawings, and other technical data generated by Federal grants and contracts, in exchange for royalty-free use by or on behalf of the government.”

It appears that someone in the Dept. of Education woke up with the idea that intellectual property is a barrier to the utilization of its research. While the Federal Register notice provides no data supporting this conclusion, it does provide evidence that the problem is caused by actions of the Department itself; not IP ownership. The notice bemoans that even though the Department retains a royalty free license to use products arising from its research “the public rarely requested access to these copyrightable materials possibly due to administrative barriers, lack of clarity regarding the scope of Federal Government purposes, or lack of information about available products” — all of which are attributable to actions, or inactions, of the agency.

Four university associations commented on the regulation pointing out that it violates the Bayh-Dole Act which gives ownership of potentially patentable materials like software to grantees and contractors. They also observe that like other products, many educational tools require additional development and validation not funded by the government before they can be used. Destroying the incentives of intellectual property ownership precludes that development. Thus, the proposed regulation undermines the very goal the Department seeks to achieve.

While the Department of Education isn’t a large research agency, if the regulation goes through the precedent of an agency simply opting out of the law will inevitably spread. Congress created the Bayh-Dole oversight function precisely to prevent such actions.

For thirty five years the law has been one of the few parts of the economy that’s run like clockwork. Its underlying principal is the creation of a uniform policy binding all agencies. Before Bayh-Dole at least 35 differing policies strangled government funded inventions under reams of contradictory bureaucratic procedures and paperwork.

Without effective oversight, it’s hard to see how Bayh-Dole survives with individual agencies being pressured to use it for unintended purposes or bureaucrats following the law according to their whim. Successful programs, like nations, rarely fall because of one cataclysmic event. Rather the fabric which holds them together is shredded one piece at a time until the bottom falls out.

The Bayh-Dole Act, like the patent system it’s built upon, is continually under attack from those pushing alternative theories proven by costly experience to be ineffective. Some don’t understand how these systems work, how much they contribute to the public good or recognize the enormous damage their proposed changes would inflict on a reeling U.S. economy.

As Russian historian Vasily Klyutchovsky observed: “History is not a school teacher; she is a prison guard who punishes for unlearned lessons.” That doesn’t sound like someone we want to mess with. We should have learned long ago that to thrive our laws and institutions require constant protection. That’s really not much to ask in exchange for all that we’ve been given, is it?