“Denying copyright to AI-created works would thus go against the well-worn principle that ‘[c]opyright protection extends to all ‘original works of authorship fixed in any tangible medium’ of expression.’”- Dr. Stephen Thaler 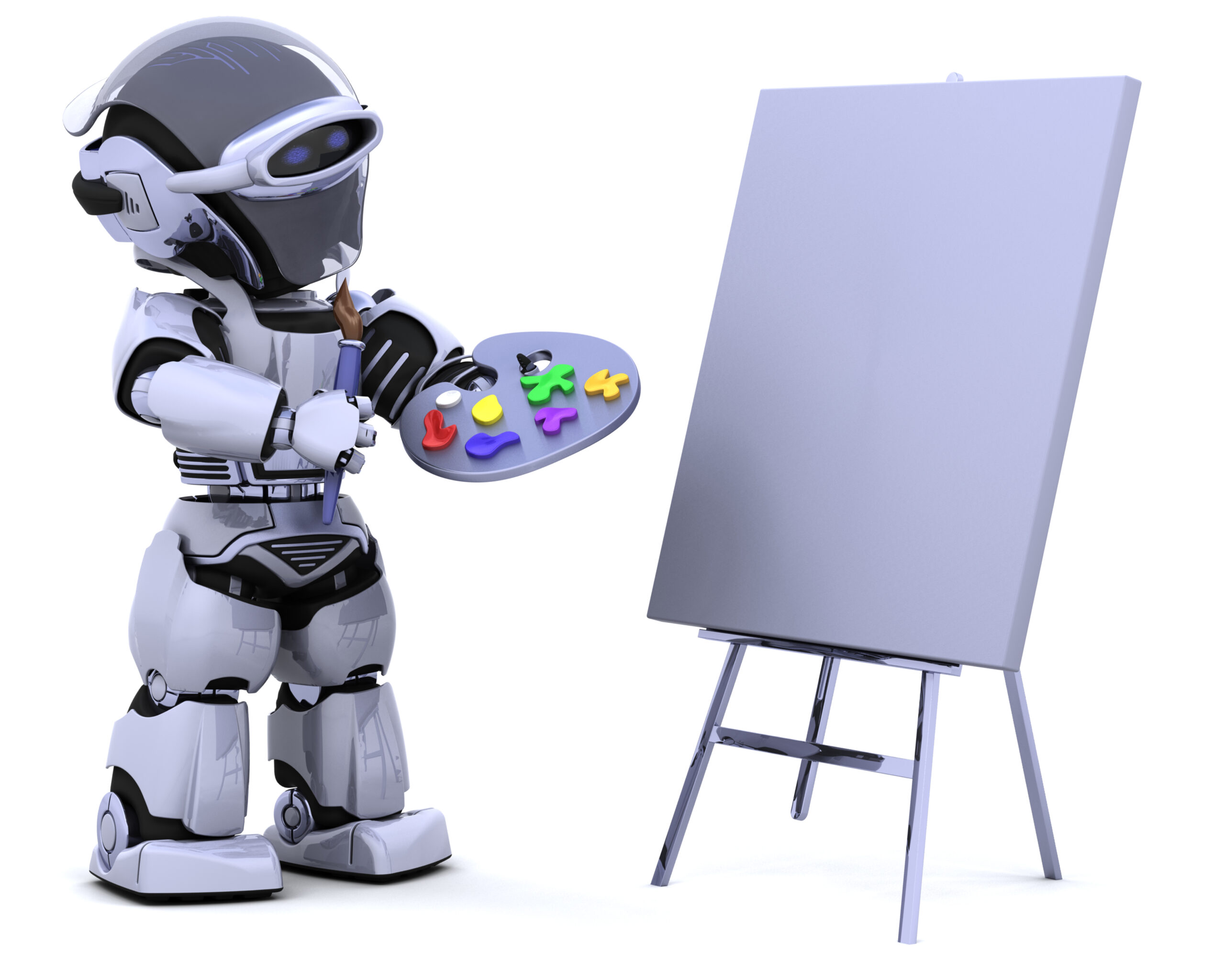 Last week, artificial intelligence (AI) systems developer Dr. Stephen Thaler filed a motion for summary judgment in the U.S. District Court for the District of Columbia in a lawsuit over copyright eligibility for artwork created by AI systems. Thaler’s motion for summary judgment argues that AI-generated works are copyrightable under U.S. federal law and that the copyright should vest in Thaler under common law property principles and the work made for hire doctrine.

Dr. Thaler, who has made headlines in intellectual property circles for his campaign to patent inventions created by DABUS AI, filed the present lawsuit after the U.S. Copyright Office’s Copyright Review Board affirmed the agency’s denial of copyright registration to an AI-generated work entitled “A Recent Entrance to Paradise.” In an order issued last February, the Copyright Review Board found that the work, which was authored by an AI system referred to by Thaler as the Creativity Machine. The Board noted that the U.S. Supreme Court has required human authorship for copyright eligibility since Burrow-Giles Lithographic Co. v. Sarony (1884), and cited to the landmark 1978 final report by the National Commission on New Technological Uses of Copyrighted Works (CONTU), which required the presence of “at least minimal human creative effort at the time the work is produced” for copyright eligibility to arise.

Thaler’s recent motion for summary judgment argues that there is no clear human authorship requirement stemming from the Copyright Act, and further, that the Creativity Machine’s artwork is sufficiently original and creative to meet the plain language of 17 U.S.C. § 102. Noting that the bar for originality and creativity is low as expressed in Supreme Court decisions like Feist Publications, Inc. v. Rural Telephone Service Co., Inc. (1991), Thaler argued that, “as a factual matter, [the Creativity Machine] created an artwork that objectively meets the standard for originality.” While courts have referred to the originality and creativity requirements in human-centric terms, Thaler argues that such language does not equate to a human authorship requirement that was used to reject the registration application for “A Recent Entrance to Paradise.”

Even if the language of the Copyright Act itself is too ambiguous, Dr. Thaler argues that the purpose of the Act requires the protection of AI-generated works. While the incentive of copyright protection may benefit human authors, Thaler contended that such a benefit is subordinate to the copyright system’s higher purpose of disseminating creative works for the public benefit. Further, Supreme Court rulings on copyright eligibility have expanded the scope of copyright protection over the years in response to technological change, Thaler argued, citing language from Fortnightly Corp. v. United Artists Television, Inc. (1968) indicating that the district court “must read the statutory language… in light of drastic technological change.”

“Denying copyright to AI-created works would thus go against the well-worn principle that ‘[c]opyright protection extends to all ‘original works of authorship fixed in any tangible medium’ of expression…’ This is especially when true when, as written, there are no limitations on who can be an author, and it essentially comes down to the uncontroversial principle that ‘[w]ritings are what authors create, but for one to be an author, the writing has to be original.’”

The Copyright Office’s interpretation of federal statutes to require human authorship should not be given deference under either Chevron or Skidmore, Dr. Thaler’s motion reads, as the Office’s interpretation is not based on a formal regulation, nor did the Office engage in reasoned decisionmaking. As Thaler argues, “relying on gilded age discussions of quasi-metaphysical creative sparks and dicta, in defiance of the agency’s mandate to promote the dissemination and generation of works, is not reasoned decisionmaking.”

Dr. Thaler also reasoned that the Copyright Office improperly relied on the 1978 final report by CONTU, which had concluded that it was too speculative at that time to determine whether works created by computers with little to no human involvement should be copyrightable. Thaler also cited to a 1993 article in Harvard Law Review by Arthur R. Miller, one of the commissioners that helped to compile the 1978 CONTU report, who opined that, with each successive generation of technological advancement, “the copyright system has managed over time to incorporate the new medium of expression into the existing framework.”

The SJ Motion further distinguished a pair of cases upon which the Copyright Office based their February 2022 ruling affirming the denial of copyright registration. The Ninth Circuit’s 2018 ruling in Naruto v. Slater did not deny that a self-picture captured by a monkey was copyrightable, but rather found that the crested macaque named Naruto lacked standing to sue the human photographer who published Naruto’s selfies. While the Ninth Circuit’s ruling in Urantia Foundation v. Maaherra (1995) required human selection and arrangement of revelations from spiritual beings to be copyrightable, such a requirement was created because the author-at-issue in that case was not a worldly entity, while an AI system actually exists in the physical realm.

Copyright Ownership Should Vest in Dr. Thaler Under Property, Work Made for Hire Principles

In discussing how ownership over the Creativity Machine’s work should vest, Dr. Thaler argued that the U.S. Copyright Office made a plain legal error when it determined that the AI system was incapable of transferring copyright to Thaler. As Thaler notes, 17 U.S.C. § 204(a) provides for the transfer of copyright by “operation of law,” including traditional principles of property law.

“There are numerous examples in the law of property acceding in ways that appear mundane and inherently reasonable. For instance, if Dr. Thaler owned a fruit tree, he would own the fruit from that tree. This does not require the tree to execute a written agreement to transfer the fruit, the fruit belongs to Dr. Thaler by virtue of his relationship to the tree. Similarly, if Dr. Thaler owned a cow that birthed a calf, ‘[t]he general rule, in the absence of an agreement to the contrary, is that the offspring or increase of tame or domestic animals belongs to the owner of the dam or mother… Just like with all these examples, Dr. Thaler invented and owns the original property— the Creativity Machine. Its output, of all kinds, automatically vests in him.”

Dr. Thaler argues that the copyright to “A Recent Entrance to Paradise” should thus vest in him under the doctrine of increase, or alternatively under the law of discovered goods, under which Thaler would take title to the artwork by being the first to possess the work.

Finally, should those theories fail, Thaler asks the court to declare him owner of the work as a work made for hire. While an AI system may not qualify as employee under traditional labor law principles, Thaler argues that the Creativity Machine acts as such within the context of the work for hire doctrine, an argument the Copyright Review Board summarily rejected in its February 2022 ruling. However, Thaler contends in the recent motion for summary judgment that, like the original and creativity requirements of the Copyright Act, none of the statutory language of the work made for hire requires that the work for hire be completed by a human author. “Ultimately, Dr. Thaler is unquestionably the ‘person for whom the work was prepared,’ (17 U.S.C. 101), and the Creativity Machine was, for all intents and purposes, within the broad conception of the Work for Hire Doctrine acting as an employee,” Thaler’s motion reads.