“Whereas Teva and Judge Prost’s dissents raised concerns that the Federal Circuit was upending part of the delicate balance between patent rights and access to generic medicines under the Hatch-Waxman Act…GSK argues that this case involved ‘circumstances highly unlikely to be repeated.’” 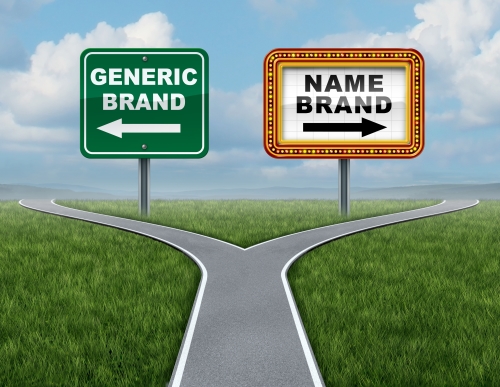 On August 19, British brand name pharmaceutical firm GlaxoSmithKline (GSK) filed a brief with the U.S. Supreme Court opposing a petition for writ of certiorari filed by generic drugmaker Teva Pharmaceuticals. Teva’s petition appeals a decision by the U.S. Court of Appeals for the Federal Circuit (CAFC) reinstating a jury verdict that found Teva liable for inducing infringement of GSK’s patents covering the heart failure treatment, Coreg. GSK’s brief argues that the Federal Circuit properly applied the law on induced infringement and that the “skinny label” arguments raised by Teva’s petition only affect 30% of the damages awarded by the jury in the case.

Teva filed its petition with the Supreme Court after the Federal Circuit twice decided to vacate post-verdict rulings by the District of Delaware granting judgment as a matter of law to Teva. In reversing those rulings, the Federal Circuit found that Teva induced infringement of claims of a GSK reissue patent covering a method of using carvedilol to treat heart failure based on substantial evidence of Teva’s inducing activities supporting the jury’s verdict. Both rulings also featured 30-page dissents from Circuit Judge Sharon Prost, who was Chief Judge of the Federal Circuit when the first reversal was issued in October 2020, who argued that the majority decisions would undermine “skinny label” protections for generic drugmakers under the Hatch-Waxman Act.

“When a generic drug is doubly indicated for a patented use, and there is strong record evidence of intent and inducing conduct, can the generic manufacturer evade liability for induced patent infringement merely because it did not include on its label (i.e. ‘carved out’) one of the two indications corresponding to the patented use?”

GSK’s brief calls Teva’s formulation of the question presented “blatantly misleading” as it focuses on issues that don’t address the bulk of the damages awarded by the district court for Teva’s use of a carvedilol label that added back GSK’s patented indications for Coreg starting in 2011. Whereas Teva and Judge Prost’s dissents raised concerns that the Federal Circuit was upending part of the delicate balance between patent rights and access to generic medicines under the Hatch-Waxman Act, especially for Section viii statements allowing generic drugmakers seek market approval of a generic while disclaiming its use for a patented method of treatment, GSK argues that this case involved “circumstances highly unlikely to be repeated.” Those circumstances include changes to the U.S. Food & Drug Administration’s (FDA) patent disclosure requirements for Orange Book listings established since GSK was granted the reissue patent at issue in this appeal, as well as the lengthy process of obtaining the reissue patent overlapping with Teva’s market release of the carvedilol generic.

GSK argues that the Federal Circuit’s induced infringement ruling was in line with precedent on inducement liability from U.S. Supreme Court decisions in Metro-Goldwyn-Mayer Studios v. Grokster (2005) and Global-Tech Appliances v. SEB (2011). GSK noted that the jury instructions at the district court included a requirement that the jury find that Teva took some affirmative acts to cause direct infringement of GSK’s reissue patent, and those instructions were never challenged by Teva. GSK contended that both the partial label used by Teva encouraged the claimed steps and preamble of the reissue patent, as well as Teva’s marketing materials entered as evidence at the district court, showed that Teva instructed and encouraged physicians to use its generic carvedilol in an infringing way.

Not only do the unusual circumstances of this case separate it from other Federal Circuit decisions where the appellate court found no induced infringement by partial or “skinny” labels, GSK argues that they also limit the potential impact of a Supreme Court ruling in this case. “The fact-bound nature of this case” additionally reduces the risks of upsetting settled law around Section viii carve-outs under Hatch-Waxman, and thus GSK urged the Supreme Court to deny certiorari in this case.

One week before GSK filed its response brief, several amicus filings supporting petitioner Teva were filed with the Supreme Court, including one by the Association for Accessible Medicines (AAM), a trade association representing generic and biosimilar manufacturers and distributors.  AAM argues that the Federal Circuit’s decision upset the careful balance wrought by Congress in passing the Hatch-Waxman Act and allowing generic drugs to come on the market for unpatented uses.

AAM echoes concerns raised by Teva that the decision below frustrates Congress’ policy decision to allow for “skinny” labels carving out patented uses of an unpatented drug. “The decision found Teva liable for intentionally encouraging others to infringe, based entirely on language that it was required to include on its label precisely because GSK had not included that language as part of the use code it submitted to the FDA,” AAM wrote. AAM also accused GSK in engaging in gamesmanship that created infringement liability for Teva:

“If GSK believed other indications… were claimed by their method-of-use patents, GSK could have—and was required to—designate those claimed indications. The FDA would then have directed Teva to modify its label accordingly. Instead, GSK waited for years before raising an inducement claim—until just before its final patent expired… By carrying out this bait and switch, GSK was able to obtain a nine-figure jury award from Teva.”

Leaving the decision below intact invites other brand name drugmakers to engage in similar tactics, AAM argues. It would also chill efforts by generic drugmakers to enter the market until all use patents expire, increasing costs for American patients and taxpayers alike. Finally, AAM downplayed the Federal Circuit’s suggestion that equitable estoppel doctrines could shield generic drugmakers from liability if they showed compliance with all Hatch-Waxman provisions, calling equitable estoppel a poor substitute for legal protections under Hatch-Waxman. AAM argued that Teva’s position was correct as a matter of law and thus the petitioner should not be forced to reach to equitable doctrines in litigation.

Brief of Mylan Pharmaceuticals in Support of Teva

Also supporting Teva’s petition for writ was fellow generic drugmaker Mylan Pharmaceuticals, which filed an amicus brief arguing that the Federal Circuit’s decision will deter the development of needed non-infringing drugs by creating the risk of litigation in a statutory framework designed to avoid such risk. Mylan contends that while the FDA is responsible for prescribing the language of carve out labels, the decision below invites juries to determine liability for Section viii carve outs in a way that forces generic drugmakers to show that they actively prevented infringement by others. Because Section viii carve outs are supposed to prevent not just liability but the uncertainty of litigation, the Federal Circuit’s suggestion of an equitable estoppel defense frustrates Congressional intent, Mylan said.

AB ratings for therapeutic equivalency necessarily compare generic drugs to their brand name counterparts, Mylan noted, and the record below showed that Teva’s skinny label did not recommend the patented method of use. Mylan contends that the only evidentiary support for the district court’s induced infringement finding is the testimony of GSK’s expert witness, “who cobbled together disparate parts of the label to contend that it ‘mentioned’ each claim limitation.”

Citing to Circuit Judge Timothy Dyk’s dissent from the Federal Circuit’s denial of en banc rehearing this February, Mylan agreed that the majority decision creates “a direct conflict between the FDA-required labelling and the supposed requirements of federal patent infringement law.” The law of statutory construction as set out by the Supreme Court in United States v. Estate of Romani (1998) requires any tension in statutory construction to be governed by the “later” and “more specific” statute, and Mylan argues that “[i]f Hatch-Waxman’s mandates override conflicting state law—which enjoys the benefit of a presumption against preemption… it makes even less sense to treat them as supporting liability under the federal Patent Act.”

Brief of 42 Professors of Law, Economics, Business, and Medicine in Support of Teva

On August 10, an amicus brief signed by 42 professors of law, economics, business and medicine whose “sole interest in this case is to ensure that patent law develops in a way that serves the public interest and public health by promoting competition.” The list of signatories include Professor Jorge L. Contreras, S.J. Quinney College of Law, University of Utah; Charles Duan, Postdoctoral Fellow, Cornell University; Professor Mark A. Lemley, Stanford Law School; and Professor Michael J. Meurer, Boston University School of Law.

The professors make many arguments regarding statutory conflicts similar to those raised in Mylan’s amicus brief. Both Section viii carve outs and Paragraph IV certifications under Hatch-Waxman exist to achieve early resolution of patent issues during the generic approval process.

The conflict between the Patent Act and Hatch-Waxman created by the Federal Circuit must be resolved to protect “the tremendous economic, health, and welfare boon that generic drug competition has offered,” the professors argue. The situation is made more urgent by what the professors describe as a five-fold increase in method of use patents in Orange Book data: in 2001, each active ingredient in the Orange Book was associated with 0.70 use codes on average, but that increased to 3.17 use codes per active ingredient by 2019. “Put another way, the average generic firm seeking to enter the market will have to contend, on average, with slightly over three potential allegations of inducement of patent infringement,” the professors contend.