“The Biden administration and the DOJ should review the China Initiative to determine whether prosecutions and investigations are based on the race, ethnicity or ancestry of the targeted individual, and if so to take remedial action to prevent such profiling in the future.” 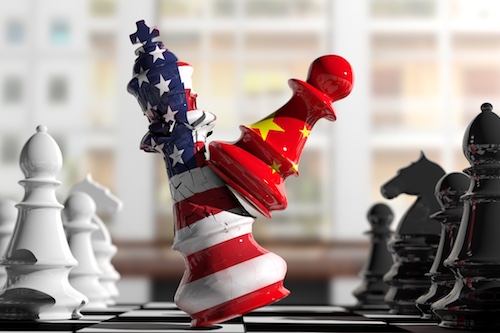 One of the key trade secret trends in 2020 that was not mentioned by James Pooley in his excellent recap of the year’s trends was the continued focus by the government on Chinese economic espionage. Last year marked the two-year anniversary of the Department of Justice’s “China Initiative,” which was announced by Attorney General Jeff Sessions on November 1, 2018, and which was intended to increase the focus on the investigation and prosecution of trade secret theft and economic espionage under the Economic Espionage Act (EEA) and other “unfair trade practices” committed by the Chinese government and Chinese Nationals. The China Initiative reflects the strategic priority of countering Chinese national security threats and reinforces the government’s overall national security plan. The China Initiative is led by the Department of Justice’s National Security Division, which is responsible for countering nation-state threats to the United States.

According to the DOJ, it has charged 61 cases under the China Initiative. Approximately a quarter of them were charged under the EEA. Three of these cases in 2020 were charged under 18 U.S.C. § 1831 (in which the trade secret was intended to benefit the Chinese government, bringing the total to five since the Initiative was first announced. According to the same report since being enacted in 1996, about 80%of all economic espionage prosecutions brought by the DOJ allege conduct that would benefit the Chinese state, and there is at least some nexus to China in around 60 percent of all trade secret theft cases. FBI Director, Christopher Wray stated that there are more than 1,000 investigations pending involving China’s attempted theft of U.S. based technology. Wray has said that [t]he FBI opens a new China-related counterintelligence case nearly every 10 hours.” The DOJ described the Chinese government’s strategy as “rob, replicate and replace,” where technology is stolen, recreated in China, and then used to undercut and ultimately replace American business in the global marketplace.

In one serious example, a superseding indictment was returned in the Eastern District of New York charging Huawei Technologies Co Ltd (Huawei), the world’s largest telecommunications equipment manufacturer, and two U.S subsidiaries with conspiracy to violate RICO. In another example, in July 2020 the government announced charges against two Chinese nationals, Li Xiaoyu and Dong Jiazhi, in the Eastern District of Washington for hacking the computer networks of 13 United States and 12 international companies in industries ranging from high tech manufacturing and medical device engineering to solar energy and pharmaceuticals between September 2009 and July 2020. The indictment also accuses the Chinese government of supporting and facilitating the hacking through its Ministry of State Security. The allegedly stolen trade secrets included proprietary pharmaceutical chemicals, technology design, source code, manufacturing processes, and testing methods and results. In the most recent example, a Chinese national pled guilty on December 10, 2020 in the Southern District of Ohio to conspiring to steal trade secrets from a children’s hospital where he worked as a researcher along with his wife, who also pled guilty to similar charges a number of months ago.

A defendant was sentenced in 2020 for theft of trade secrets for helping a company to develop business in China after taking a job with a Chinese company that competed with an American company, where the defendant had worked for almost 30 years. At sentencing, the Assistant United States Attorney who prosecuted the case stated that “[a] would-be insider thief must understand the consequences of stealing their employer’s trade secrets in order to benefit competitors, particularly when those competitors are based in China.

The government has also indicated that academia is one of the areas of concern because of its “traditions of openness and the importance of international exchanges to the free flow of ideas leave it vulnerable to PRC exploitation.” The DOJ has charged nine professors or researchers under the Initiative, although none have been charged with economic espionage, and most of them have been charged with fraud regarding grants they may have received or making false statements to government investigators. In one example, the government charged the chair of Harvard University’s chemistry department, Charles Lieber, alleging that he made materially false and fraudulent statements to the Department of Defense and National Institutes of Health regarding his role as a “Strategic Scientist” at China’s Wuhan University of Technology and his participation in China’s Thousand Talents Plan. He pleaded not guilty.

The crackdown on Chinese scientists, especially in academia, is not without its vocal critics, who are concerned that the DOJ’s strategy is ineffective against combating security threats, harmful to the Asian American community, and has also damaged American leadership in science and international collaboration on basic research. The most serious case of profiling occurred in 1999 when Wen Ho Lee, a scientist at the Los Alamos National Laboratory, was charged with leaking nuclear weapons designs to China. After nine months of pretrial solitary confinement, Lee was found guilty of mishandling classified material but not of espionage. Lee was immediately released and the trial judge apologized to Lee for the harsh treatment, for which he approved a $1.6 million settlement as the result of a civil suit brought by Dr. Lee against the government. After this case, many Chinese-Americans began to believe that no matter how long they were in the United States, the government would be suspicious that they were actually loyal to China and not to the U.S. government. In the wake of this case, a number of Chinese scientists working in the United States left, depriving the country of needed expertise.

There is little or no doubt that the PRC (and other countries) are targeting the trade secrets of American companies and confidential government information. There is also no doubt that this represents a threat to the economic well-being of the United States. Then judge Richard Posner of the Seventh Circuit remarked almost 30 years ago that the importance of trade secret protection to the American economy is not only an important part of intellectual property but the “[t]he future of the nation depends in no small part on the efficiency of industry, and the efficiency of industry depends on no small part on the protection of intellectual property.”

On the other hand, the United States is faced with a very serious dilemma. The vast majority of people of Chinese descent living in this country, especially Chinese Americans, are loyal citizens who contribute greatly to many scientific advances and the economic well-being of the United States. Racial profiling jeopardizes these contributions, and such targeting of an ethnic group has not ended well, the internment of Japanese-Americans being the foremost example.

Distinguishing Between Racial Profiling and Espionage

This does not mean to suggest that the United States should cease its pursuit of those individuals who seek to do harm to the United States through the misappropriation of trade secrets and other confidential information, but the Biden administration and the DOJ should review the China Initiative to determine whether prosecutions and investigations are based on the race, ethnicity or ancestry of the targeted individual, and if so to take remedial action to prevent such profiling in the future. Federal resources should be devoted to economic espionage prosecution and should focus on cases in which the evidence indicates that foreign governments directed the illegal activity under investigation, regardless of what nation is involved. The government should also implement sound policies to bridge the gap between academia and U.S. government agencies about how to best protect U.S. interests in fundamental research, while maintaining openness and successfully competing in the global marketplace for international scientific talent. The continued economic success of the United States depends on making these distinctions.