“The Supreme Court’s unanimous decision in favor of state sovereignty may be a bit surprising, given the skepticism expressed by several justices toward North Carolina’s case during oral arguments in the October 2019 Term…. But ultimately, in its March 23 decision, the justices looked in part to the Court’s previous decision in Florida Prepaid to establish stare decisis.” 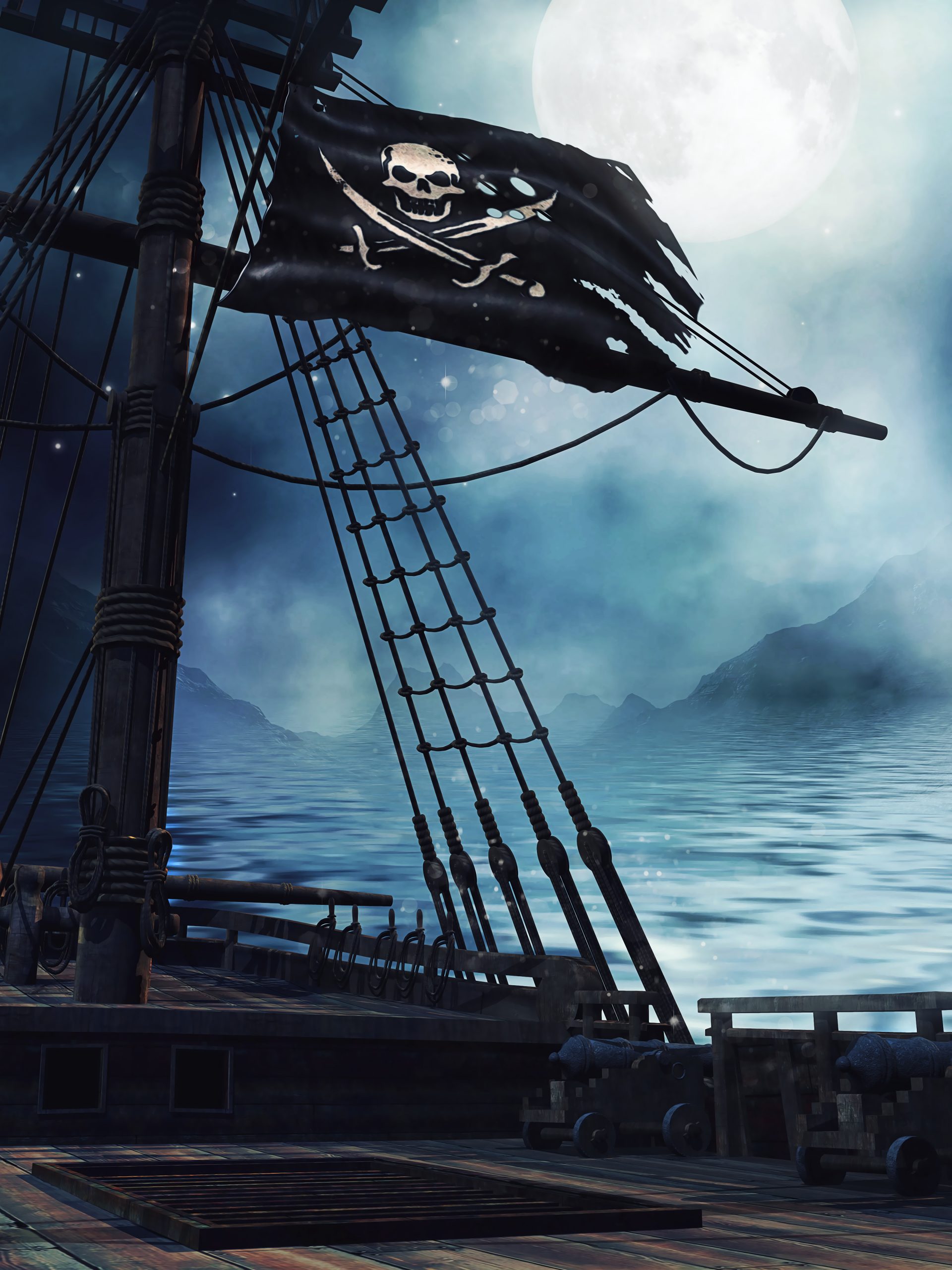 Blackbeard and his band of pirates pillaged and plundered up and down North Carolina’s Outer Banks more than 300 years ago, inspiring stories (both true and fictional) that capture imaginations to this day. On March 23, the battleground shifted from the watery landscape of Davy Jones’ Locker to the decidedly more law-abiding U.S. Supreme Court, where the justices unanimously ruled in Allen et al. v. Cooper, Governor of North Carolina, et al., 589 U.S. ___ (2020) that North Carolina’s display of copyrighted footage showing recovery of the legendary pirate’s ship is not subject to a copyright infringement action brought by the content creator. The Supreme Court’s decision is a key victory for advocates who say sovereign immunity should shield states from copyright infringement suits by an individual.

The copyrighted material in question involves a long-running documentary chronicling the salvaging of Blackbeard’s ship, the Queen Anne’s Revenge. The wreckage was discovered in 1996 off the coast of North Carolina, near modern-day Beaufort, where it had rested since sinking in 1718, effectively cutting short Blackbeard’s pirating escapades. The salvage company hired by North Carolina to recover the ship recognized that the state owned the wreckage, and contracted with Nautilus Productions to document the recovery efforts.

In 2013, the state posted Nautilus’ copyrighted videos and still images of the Revenge online as part of its tourism marketing campaign. Various Blackbeard-themed festivals are held along the North Carolina coast, and the state-owned North Carolina Maritime Museum has curated hundreds of artifacts from the wreckage. Nautilus’ visuals of the legendary pirate’s ship were used to further promote these tourist draws. Nautilus protested that its copyrights had been violated by these displays, and the state subsequently paid the company $15,000 in settlement and promised not to continue using the images. However, in a decisive act of seeming (content) piracy, in 2015, state lawmakers passed “Blackbeard’s Law,” which stipulates that material documenting “a derelict vessel or shipwreck or its contents, relics, artifacts, or historic material” is in the public domain. Blackbeard’s Law essentially was created to stifle any future copyright claims by Nautilus against the state’s using photos and video clips from the Queen Anne’s Revenge recovery project.

This modern-day piracy did not sit well with Nautilus. “After Nautilus spent nearly two decades creating works by photographing and filming (at considerable risk) underwater excavation of Blackbeard’s famed Queen Anne’s Revenge, the state brazenly pirated them,” the company wrote in its filings with the Supreme Court.

Previously, the Fourth Circuit sided with North Carolina in ruling that the 11th Amendment to the Constitution provides states with at least some protection from copyright infringement claims under sovereign immunity: “Judicial power of the United States shall not be construed to extend to any suit in law or equity, commenced or prosecuted against one of the United States by Citizens of another State.”

In their lawsuit, Nautilus argued that the 1990 Copyright Remedy Clarification Act (CRCA) created an exception to the 11th Amendment by reserving copyrights as an exclusive federal right, effectively abrogating states’ sovereignty against copyright infringement claims. Nautilus concluded that states effectively surrendered their immunity from copyright liability in the wording of the Article I Intellectual Property Clause of the Constitution, arguing that the Clause could not provide a “secure” or “exclusive” right for intellectual property holders if any category of infringer—government or otherwise—were left free to infringe without penalty. The company additionally cited the 14th Amendment’s protections against the deprivation of “life, liberty, or property, without due process of law” as proof that state immunity from infringement claims could not hold.

North Carolina held firm that the CRCA was ineffective in abrogating states’ sovereign immunity with respect to copyright infringement claims from individuals, pointing to the Court’s previous decision in Florida Prepaid Postsecondary Ed. Expense Bd. v. College Savings Bank, 527 U.S. 627 (1999), which tackled the Patent Remedy Act (PRA), a nearly identical statute to the CRCA, drafted to strip the states of sovereign immunity from patent infringement suits, and ultimately found the PRA to be ineffective in such efforts.

Only Congress Can Stop ‘Digital Blackbeards’

The Supreme Court’s unanimous decision in favor of state sovereignty may be a bit surprising, given the skepticism expressed by several justices toward North Carolina’s case during oral arguments in the October 2019 Term. For example, Justice Stephen Breyer asked, if states could not be held accountable for violating copyright law, what would stop California from posting Hollywood blockbuster movies on a state-owned website? The amici curiae supporting Nautilus’ case leaned into this concern, noting that, since the year 2000, victims of copyright infringement have filed 150 cases against states, with untold more small businesses and independent creators without the resources to detect such infringement or pursue a remedy being impacted.

But ultimately, in its March 23 decision, the justices looked in part to the Court’s previous decision in Florida Prepaid to establish stare decisis. The Court decided that the 11th Amendment protected North Carolina under sovereign immunity and that previous Supreme Court decisions “made clear that Article 1’s Intellectual Protection Clause could not provide the basis for an abrogation of sovereign immunity,” Justice Elena Kagan wrote, and the CRCA lacked a valid constitutional basis.

In her parting words, Justice Kagan threw a lifeline to opponents of state sovereignty over copyright infringement cases, noting that Congress could pass a new version of the CRCA that gives copyright holders additional protections while still passing Constitutional muster. “That kind of tailored statute can effectively stop states from behaving as copyright pirates,” she wrote. “Even while respecting Constitutional limits, it can bring digital Blackbeards to justice.”

A Work-Around in Ex Parte Young

Copyright holders need not fear that, until such a version of the CRCA is passed, states can be singing “it’s a pirate’s life for me,” while happily plundering creators’ copyright property with impunity. The Court’s decision in Ex Parte Young, 209 U.S. 123 (1908), provides a longstanding work-around for states’ 11th Amendment immunity. Though Ex parte Young does not enable a copyright owner to recover monetary damages from a state, the case does allow for an injunction against individual state employees responsible for the infringement, should the state follow Justice Breyer’s hypothetical suggestion of publishing the complete Marvel series to its state website for $5/download.

And barring a new, constitutionally valid version of the CRCA or an injunction, mutiny—or, more appropriately, voting out state-elected bad actors—is always a viable option for disgruntled creators against copyright privateering.

Kristin Lamb is an attorney in Womble Bond Dickinson’s. Houston office. She focuses on assisting clients in protecting their intellectual property rights in the areas of patents, trademarks, and copyrights, advising on [...see more]