“[T]he Fourth Circuit found that it was ‘readily apparent’ that Congress relied upon the Constitution’s Intellectual Property Clause in enacting [the Copyright Remedy Clarification Act] and not its authority under the Fourteenth Amendment.” 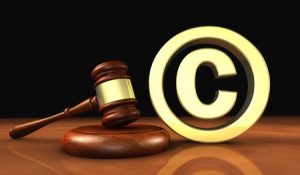 As we anxiously await a final decision from the U.S. Supreme Court in Iancu v. Brunetti, and decisions on pending petitions for certiorari in several other IP cases, the Court agreed to hear Allen v. Cooper on June 3. The case asks whether Congress acted appropriately in relying upon its powers under Article I of the U.S. Constitution to abrogate state sovereign immunity against federal copyright claims by passing the Copyright Remedy Clarification Act (CRCA) or if, as the Fourth Circuit held, Congress improperly abrogated state sovereign immunity by passing that law.

The underlying case involves copyrighted video footage and one photograph created by videographer Frederick Allen and his production company Nautilus Productions during a project to salvage the Queen Anne’s Revenge, a ship commandeered in 1717 by the famous pirate Edward Teach, also known as “Blackbeard,” which was abandoned in 1718 after it ran aground off the coast of Beaufort, North Carolina. After private research and salvage firm Intersal entered into an agreement to salvage the ship in 1998, Intersal retained Nautilus to document the salvage project. Allen subsequently obtained 13 federally registered copyrights, each covering one year of footage from the salvage project.

After the North Carolina Department of Natural and Cultural Resources, the state agency that signed the salvage agreement with Intersal, published Allen’s documentation of the salvage work on the Internet, Allen maintained that this infringed upon his copyrights in the work. In October 2013, Allen, Nautilus, Intersal and North Carolina entered into a settlement agreement that clarified Allen’s respective rights to the video footage, some of which was determined to be “commercial documentaries” and other work that was “non-commercial media.” Allen contended that North Carolina continued its infringement after the settlement agreement by displaying videos on a YouTube channel and using a still photograph in a newsletter on maritime museums.

In December 2015, Allen and Nautilus filed an infringement lawsuit in the Eastern District of North Carolina against the state’s cultural resources department as well as the state’s governor and six department officials. North Carolina moved to dismiss the claims under Federal Rule of Civil Procedure 12(b)(6), asserting Eleventh Amendment sovereign immunity as a defense to the claims made against the state and individual defendants. The district court denied North Carolina’s motions, finding that Eleventh Amendment sovereign immunity was validly abrogated by Congress through the CRCA.

North Carolina appealed from the district court’s denial of the state’s immunity defense and the case went to the Fourth Circuit. Last July, a Fourth Circuit panel reversed the district court’s denial of the sovereign immunity defense and remanded to the district court with instructions to dismiss all claims. On appeal, Allen and Nautilus had contended that the CRCA, which codified that states and state officials aren’t immune from copyright infringement suits in federal court, was properly invoked by Congress under the legislative body’s authority granted by Section 5 of the Fourteenth Amendment. However, the Fourth Circuit found that it was “readily apparent” that Congress relied upon the Constitution’s Intellectual Property Clause in enacting this law and not its authority under the Fourteenth Amendment. Citing to the Supreme Court’s 1999 decision in  College Savings Bank v. Florida Prepaid Post-Secondary Education Expense Board, a case involving a similar law abrogating state sovereign immunity in patent infringement suits, the Fourth Circuit found that such an abrogation wasn’t valid absent Congress’ invocation of its Fourteenth Amendment authority. The Copyright Remedy Clarification Act extends liability to states for all copyright violations, not just violations that implicate the Fourteenth Amendment, so the abrogation of state sovereign immunity under this law was “grossly disproportionate to the relevant injury under the Fourteenth Amendment.”

Allen and Nautilus filed their petition to the Supreme Court this January to challenge the Fourth Circuit’s holding that the CRCA didn’t validly abrogate state sovereign immunity. In the petition, Allen argued that the Fourth Circuit’s invalidation of federal statute warranted SCOTUS review. Allen also argued that the Supreme Court should weigh in on the constitutional authority held by Congress to abrogate state sovereign immunity from copyright suits. Citing to Florida Prepaid, the petition noted that Congress’ Article I power to abrogate state sovereign immunity wasn’t even argued to the Court in that case. Further, if the Supreme Court were to render the CRCA “a dead letter by default” by not reviewing the Fourth Circuit’s decision, the issue of copyright infringement by states would continue unabated. Allen’s petition cites to statistics identifying 154 infringement suits filed against states between 2000 and 2017, adding that actual instances of infringement “are vastly understated relative to actual incidence.” The CRCA provides adequate remedy for copyright holders given that injunctive relief doesn’t compensate creators for past infringement and is expensive to obtain.

The CRCA could be open to more challenge at the Supreme Court because it’s not limited to injunctive relief, according to Brian Esler, Partner at Miller Nash Graham & Dunn. “Giving a private citizen the right to sue a state for damages is less likely to be held to be a valid exercise of congressional power,” he said. “It’s not to say that Congress can’t, but there’s a higher level of scrutiny then as opposed to allowing only injunctive relief.”

In a July 2017 blog post on this case, Esler noted it was interesting that the copyrighted material at issue was about the Queen Anne’s Revenge given that the first British copyright law, from which U.S. copyright law is in part derived, was the Statute of Anne. This was the first law providing for the regulation of copyrights through the government and the courts rather than private parties. Esler, who taught British IP law in the early 2000s at the University of Hertfordshire, said that the Statute of Anne was very much in the Framers’ minds when they wrote the Intellectual Property Clause into Article I of the U.S. Constitution.

While SCOTUS upheld congressional abrogation of state sovereign immunity in Central Virginia Community College v. Katz (2006), and the bankruptcy provision in that case also derived from Article I of the Constitution, Esler noted that the Court held that the purpose of the Bankruptcy Clause was to maintain uniformity in U.S. bankruptcy law. “I don’t think you can say the same about the Intellectual Property Clause,” Esler said. “Although it certainly gave power to Congress to legislate in that area, it doesn’t demand uniformity.” Moreover, Justice Thomas authored the dissent in Central Virginia and now seems to have a majority for his expansive reading of state sovereign immunity under the Eleventh Amendment.