Waymo v. Uber Shows Even Epic Battles Can Be Resolved

There are many lessons to be drawn from Waymo v. Uber litigation. This is perhaps the most important. Lawsuits are about history, while business is about the future. 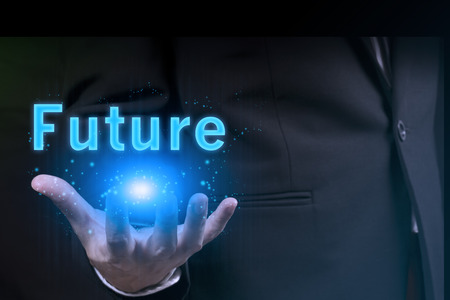 By the standards of most litigation, the suit by Waymo (a Google company) against Uber was fast-tracked, getting to trial within a year after it was filed. And what a year that was. Waymo started the case with forensic evidence showing that Anthony Levandowski, its former head of self-driving cars, had helped himself to 14,000 confidential files as he was leaving to form a start-up that Uber later acquired.

Then things started going downhill for Uber. Levandowski asserted his constitutional right not to testify. And the evidence extracted from Uber looked pretty damning. Motivated by what he called an “existential” need for autonomous vehicle technology, Uber’s CEO Travis Kalanick had secretly agreed in advance to buy Levandowski’s new company for $680 million and to give Levandowski $250 million in stock. He also agreed to indemnify Levandowski against his prior “Bad Acts” and even some future mischief. (For more details on this very unusual transaction, see my earlier article, The Most Dangerous Hire.)

The federal judge overseeing the case, William Alsup, told Waymo “You have one of the strongest records I have ever seen in a long time of anybody doing something that bad.” He issued a preliminary injunction against Uber, and he referred the case to the U.S. Attorney for investigation of criminal trade secret theft.

But Uber punched back, demonstrating that nothing from the Levandowski files had made its way into the company, and challenging Waymo’s trade secrets. Judge Alsup joined in, requiring Waymo to describe its claims with patent-like precision, and forcing the company to pick only 10 of 131 secrets to take to trial. Later, he disqualified Waymo’s damages expert and limited the damages it could claim.

While all this was going on, Uber replaced Kalanick, who had come under fire for other executive misbehavior. But each company, represented by some of the best lawyers and PR firms in the country, kept slugging it out in the courtroom and in the press. Then, just before trial, the court found that Uber suppressed an employee’s letter that seemed to confirm Waymo’s allegations of trade secret theft.

The lawsuit had all the earmarks of a classic trade secret fight, with each side emotionally invested in proving that the other was morally wrong, if not corrupt. The difference here was scale: two Silicon Valley giants acting out a riveting, continuous public drama about the next innovation wave in an already disrupted industry. So when it came to the trial, it was the hottest ticket in San Francisco.

And then at the end of the first week, to the surprise of hundreds of spectators, the case suddenly settled. Waymo would get Uber stock nominally work $245 million, and Uber’s new CEO would express contrition for having bungled the recruitment of Levandowski. An inspector would ensure that Uber’s autonomous vehicle program was uncontaminated with Waymo information. The civil case would be dismissed, leaving Levandowski without a job and under investigation for criminal trade secret theft.

What happened here? Is there anything useful we can learn from it? I think so.

Most trade secret litigation is fueled by emotional reactions to perceived wrongs. Plaintiffs feel betrayed and abandoned, and defendants feel blamed and misunderstood. Each side wants to fight in order to validate its perspective. So the lawsuit begins with great energy. But over time, new facts emerge, and the parties begin to reconsider the cost/benefit analysis of continuing the struggle.

Well before trial, Waymo had managed to achieve most of its basic objectives. Levandowski was gone from the scene. Uber in its defense had erected strong barriers against the migration of any Waymo secrets, and this prophylactic was reinforced by the judge with a pre-trial injunction. Uber had also undergone a profound shakeup at the top, and its new leaders had no attachment to the posturing of their predecessors.

Still, the lawsuit ground on for months, pushed by the momentum of early (if fleeting) victories coupled with competing hopes for a meaningfully favorable outcome. Presumably the executives of each company knew they had better things to do. But it can be hard to come to agreement when each team is engaged mostly among themselves, preparing for battle. Sometimes it takes the transparency of a public trial, where everyone sees the same facts unfolding before them, to get to yes.

The leadership of these two companies, together with their teams of advisors, have demonstrated that it is possible to recalibrate once rock-hard positions, and to shift attention to future opportunities instead of past disappointments. We should all take note.