The Most Dangerous Hire: Lessons from Waymo v. Uber 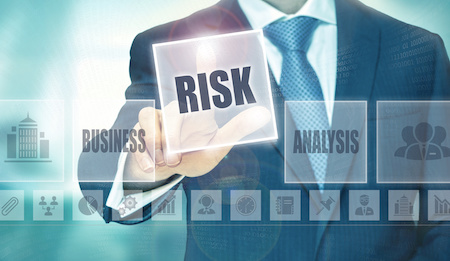 Every trade secret case is built around a story. Sure, the plaintiff’s story is different than the defendant’s, even though each draws on the same facts. For the rest of us that don’t have a dog in the fight, helpful lessons are available. But sometimes you have to look hard to find them. Here’s one.

When Waymo, the Google self-driving car company, filed its lawsuit against Uber earlier this year, the story was remarkable enough. Anthony Levandowski, the head of Waymo’s research team for several years, had left to start Otto, supposedly to make autonomous long-haul trucks. Six months later Uber had purchased the new company (for $680 million) and hired Levandowski ($250 million in Uber stock) to lead its own team. Thanks to an errant email, Waymo suspected Uber had accessed its secrets, and ultimately discovered that just before leaving Levandowski had downloaded over 14,000 confidential files.

The optics kept getting worse. It turned out that Uber had struck a deal with Levandowski immediately after he left, promising to buy the newly minted Otto months later. And because they knew that litigation was likely, they cloaked the transaction in a shared privilege. It looked like Otto had been just a cover to keep Waymo distracted, and that Uber may have known about the downloaded files.

When it came to the injunction hearing earlier this year, Uber made an impressive showing: 40 attorneys had interviewed 85 witnesses and reviewed over 300,000 documents, demonstrating beyond argument that none of the secret Waymo files had come over to Uber. But the judge persisted: what about conversations Levandowski might have had with the Uber team, making suggestions based on his knowledge of Waymo data? Levandowski wasn’t available to answer, since he had claimed a Fifth Amendment privilege.

But Uber had more to worry about than just Levandowski’s absence. Buried deep in the deal documents was an unusual provision that would illuminate and underscore the judge’s concern.

When the transactional records were released about a month later, they showed that Uber had agreed to indemnify Levandowski, promising to defend him and pay for any judgment based on trade secret misappropriation before the contract was signed. Presumably, this was mainly about the downloaded Waymo files. How could Uber justify taking on that responsibility? By tying the indemnity to a robust and independent investigation of what Levandowski had done. In that way, Uber would know exactly what it was getting into, and would be able to prove that none of the files were actually used at Uber.

It is unusual, but not rare, for a hiring company to indemnify a new employee against claims by a former employer. An indemnity commits the new employer to shared liability, although that risk might be reduced by careful investigation, as Uber apparently did here. And it can be evidence that both parties had something to worry about, and so can fit into a plaintiff’s narrative. A safer approach for the new employer is simply to require, in writing, that the recruit bring no information in any form, perhaps providing independent counsel to help ensure compliance. But where the risks can be managed, and when the perceived value of the new hire is great enough, companies occasionally give in to the demand for indemnity.

The Exception for Information Levandowski Remembered

In its deal with Levandowski, Uber went further. Having indemnified him against past “Bad Acts” (yes, that was the unfortunate term they used in the documents), it excluded coverage for future misbehavior that was fraudulent or intentional, including misappropriation of trade secrets. But Uber agreed to a significant exception to this exclusion: there would be indemnity for any use of “information . . . retained in [his] unaided memory.” In other words, so long as Levandowski didn’t deliberately memorize something by referring to the Waymo documents, he would be covered for using whatever he happened to recall.

Let’s pause here to briefly address three important points. First, trade secret misappropriation applies to information carried in one’s head, just as if it were on paper or in an electronic file. Second, liability doesn’t depend on direct copying of the information; in this context that means, for example, that suggestions made to Uber’s team could be actionable if based on what Waymo had found didn’t work or worked less well. Third, the kind of exception Uber agreed to here, when used in a nondisclosure agreement between businesses, is called a “residuals clause,” because it carves out from protection the “residual” information that people exposed to the secrets might later remember.

For large companies looking at possible acquisition of a technology or business, the residuals clause makes sense, because it protects against claims over similar activities that they might be pursuing independently in another division or at a later time. But the disclosing party always sees the residuals clause as a red flag and resists it, because the risk of losing valuable secrets is obvious and unpredictable. I have frequently seen transactions fail on this single issue, the discloser claiming that the “residuals” exception swallows the rule on confidentiality.

In effect, Uber granted Levandowski a residuals exception on Waymo’s secrets. Of course, this doesn’t necessarily mean that he misused what he knew from Waymo while guiding the team at Uber. It is at least theoretically possible, for example, that the technology platform at Uber is so different than Waymo’s that nothing from Waymo could possibly be relevant to Uber’s project. But trade secret cases are driven by appearances, and Uber has given Waymo the appealing argument that Levandowski was incentivized to misappropriate.

As I pointed out at the beginning of this piece, the issue is not so much the particular story as it is the lesson we can draw from it. Here, we’re talking about onboarding of high-level talent from a competitor, and the most important lesson for management is to understand the hidden risks. They begin with a fact we too often ignore: those with responsibility for the recruitment are seized with cognitive dissonance. While we say we want them to respect third party IP and avoid contamination of our own information assets, we also know that the recruit with relevant experience at a direct competitor is the “perfect hire.” Sometimes there is too much emphasis on the latter and very little on the former, and the “perfect” hire becomes the dangerous hire.

As we see from the Uber example, this tendency to underestimate or ignore risk can be amplified by a sense of urgency, such as a need to catch up in an emerging market. Paying a lot of money for high-level talent can be justified by the size of the opportunity. But by agreeing to indemnify Levandowski for what he remembered, Uber raised the stakes with risk.

No one can say for sure whether the prize was worth the cost for Uber, not least because there’s been no trial, and perhaps Waymo won’t be able to prove that anything about its project leaked from Levandowski’s brain to Uber’s team. But still, this case is instructive for any business considering hiring an executive from a competitor: be aware that the cost of this recruitment might include the legal fees, disruption and liability risk of a trade secret claim. Manage accordingly.