“My guess is most patent owners would be adamantly opposed to PTAB judges deciding petitions challenging patents brought by their former patent infringement defense clients.” 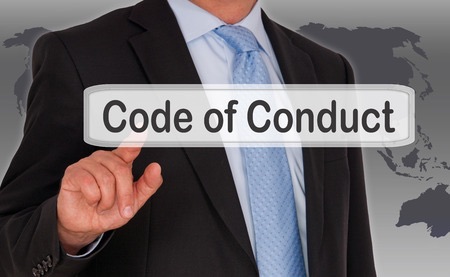 It is hard to imagine that a federal judge appointed for life under Article III of the United States Constitution would preside over a case where one of the litigants was a former client. Indeed, the Code of Conduct for Article III Judges of the United States has specific provisions that would seem to absolutely prohibit a judge from handling a case where a litigant is a former client.

Some may argue, perhaps correctly, that at some point any conflict requiring disqualification that might have existed as the result of an attorney-client relationship would subside, if not completely wash away. But after what length of time? Certainly, the answer is not after 18 months. 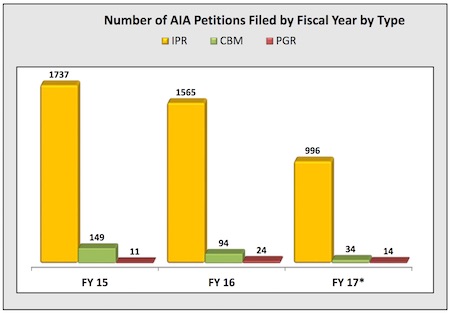 Since the start of fiscal year 2015 there have been 4,624 post grant challenges filed at the United States Patent and Trademark Office (USPTO). Apple is the largest filer of post grant challenges, but over the roughly three and one half year period from the start of fiscal year 2012 and the beginning of 2016, Apple filed 252 post grant challenges. There is simply no reason why the PTAB had to assign Clements cases where Apple was a petitioner seeking to invalidate patent rights. There were literally thousands of other cases on which Clements could have sat without any real or perceived conflict of interest.

Some have started to defend Clements actions based on their belief that the decisions rendered were legally correct, therefore there was no wrong. Whether these decisions are legally correct and whether there were any wrongs committed are two entirely different questions. Judges are supposed to act such that there can be no question with respect to their impartiality, and even a hint of impropriety is to be avoided at all costs. Whether the decisions Clements made and participated in making are correct misses the point entirely. Clements participating as a Judge in petitions brought by a former client so soon after he represented that former client is an egregious lapse of judgment by someone.

If an APJ making decisions in a case within 18 months of having represented a former client complies with whatever USPTO conflict rules or guidelines apply to PTAB judges, the USPTO conflict rules or guidelines are too lenient and must be changed. PTAB judges should not be deciding cases involving post grant petitions filed by former defense clients, and under no circumstances is 18 months long enough to alleviate any concerns of bias or take away the appearance of impropriety.

Code of Conduct for Federal Judges

Canon 2A of the Code of Conduct for Article III Judges, under the title “Respect for Law,” says: “A judge should respect and comply with the law and should act at all times in a manner that promotes confidence in the integrity and impartiality of the judiciary.” The commentary that goes along with Canon 2A begins by tackling the issue of an appearance of impropriety. The comment, in relevant part, reads:

An appearance of impropriety occurs when reasonable minds, with knowledge of all the relevant circumstances disclosed by a reasonable inquiry, would conclude that the judge’s honesty, integrity, impartiality, temperament, or fitness to serve as a judge is impaired. Public confidence in the judiciary is eroded by irresponsible or improper conduct by judges. A judge must avoid all impropriety and appearance of impropriety. This prohibition applies to both professional and personal conduct. A judge must expect to be the subject of constant public scrutiny and accept freely and willingly restrictions that might be viewed as burdensome by the ordinary citizen.

Canon 3C of the Code of Conduct for Article III Judges, under the title “Disqualification,” reads in relevant part: “A judge shall disqualify himself or herself in a proceeding in which the judge’s impartiality might reasonably be questioned…”

The judge may participate in the proceeding if, after that disclosure, the parties and their lawyers have an opportunity to confer outside the presence of the judge, all agree in writing or on the record that the judge should not be disqualified, and the judge is then willing to participate. The agreement should be incorporated in the record of the proceeding.

Of course, a federal judge could (and perhaps should) conclude that adjudicating a matter involving a former client creates a personal bias, which creates a per se disqualification. If that is not the case, then the parties would have to be notified and given the opportunity to discuss outside the presence of the judge. If and only if all parties agree in writing can the judge continue on the case.

Unlike federal judges who have a specific Code of Conduct that is available for everyone to see, there seem to be no similar public Code of Conduct rules or regulations that govern Administrative Patent Judges at the PTAB. I understand that there is an internal set of guidelines that govern conflicts of interest, and there is a two-year bar under those internal USPTO conflict guidelines. Assuming that is true and there is a two-year bar, Clements participating in at least several of Apple’s petitions seems to have violated even an exceptionally lenient internal USPTO conflict guideline by participating in cases involving Apple less than 2 years after he was representing them as defense counsel.

If identification of the real party-in-interest is so important perhaps that transparency should be a two-way street. Perhaps there should be a public Code of Conduct for PTAB judges, and perhaps the USPTO should give stakeholders the opportunity to be heard on whether 2 years is an appropriate length of time to ameliorate a conflict of interest, or the appearance of impropriety that exists when deciding cases dealing with former defense clients.

My guess is most patent owners would be adamantly opposed to PTAB judges deciding petitions challenging patents brought by their former patent infringement defense clients.

Final Written Decisions with Clements on the panel