Are conflicts of interest at the PTAB leading to preferential decisions for Apple? 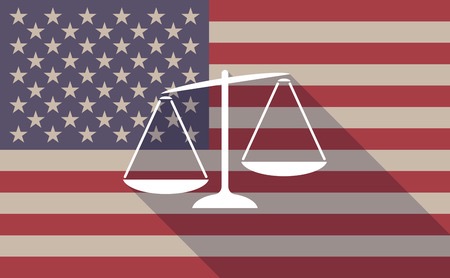 On May 26th, 2016, a panel of administrative patent judges (APJs) at the Patent Trial and Appeal Board (PTAB) entered a final written decision ending the proceedings of a covered business method (CBM) review of U.S. Patent No. 8336772, titled Data Storage and Access Systems. The final decision declared that four of the patent’s claims, including claim 1, were directed to subject matter that was invalid under 35 U.S.C. Section 101. The patent, owned by tech licensing firm Smartflash, covers data storage and access systems, which enable downloading and paying for many types of data, including audio, video, software, games and text.

The petition for the CBM review was originally filed on November 25th, 2014, by Cupertino, CA-based tech giant Apple Inc. (NASDAQ:AAPL) The ‘772 patent is one of six patents asserted by Smartflash in a patent infringement action filed against multiple defendants, including Apple, on May 29th, 2013, a year and a half before Apple’s CBM petition on the ‘772 patent at PTAB.

The Code of Conduct for United States Judges sets the rules judges presiding over federal courtrooms must adhere. In rules regarding the fair, impartial and diligent performance of a judge’s duties, the code of conduct outlines the circumstances under which a federal judge must disqualify himself or herself from a case because of reasonable questions of impartiality. These circumstances include when a judge has a personal bias concerning a party or the proceeding; when the judge served as a lawyer in the matter in controversy; or a judge has a financial interest in either the subject matter or a party in the case.

The lead APJ serving on the panel of multiple CBM reviews petitioned by Apple, who also wrote the final written decision on at least one CBM review petitioned by Apple and invalidated claims of the ‘772 patent, was Administrative Patent Judge Matt Clements. According to Clements’ LinkedIn profile, he has served as an administrative patent judge at PTAB since March 2013; up until that time he served as a patent attorney at international law firm Ropes & Gray going as far back to September 2006. While at Ropes & Gray, Clements was part of a legal team that represented Apple in patent infringement cases. According to legal party data made available by Law360, Clements served as counsel for Apple up to December 2012 and served on a team with fellow Ropes & Gray lawyer James Batchelder as well as Eric Albritton of the Albritton Law Firm. Both Batchelder and Albritton were counsel of record representing Apple in the Smartflash infringement case where the ‘772 patent was asserted against Apple. Batchelder and Clements both worked at Ropes & Gray’s East Palo Alto offices, where Batchelder served as managing partner, so there’s a distinct likelihood that Clements reported directly to Batchelder in his work with Ropes & Gray. The November 2014 petition by Apple for CBM review of the ‘772 patent was also filed by counsel from Ropes & Gray including Ching-Lee Fukuda, another one of the lawyers representing Apple in the Smartflash action. These types of relationships would have led to the recusal of a federal judge on a matter, but obviously did not affect the participation and decision making of APJ Clements.

When reached for comment on what appears to be a very troubling, actual and direct conflict of interest involving APJ Clements, a USPTO spokesperson declined to comment, saying: “The USPTO does not comment on cases.”

In recent years, Smartflash has been the victim of a corporate drubbing at PTAB and has faced a total of 46 petitions for CBM review filed against the patents it has asserted in its infringement case against Apple, including 10 CBMs targeting the ‘772 patent alone. Most of the petitions have been filed by Apple, although Korean consumer tech conglomerate Samsung Electronics (KRX:005930) and Mountain View, CA-based Internet services giant Google, now held by Alphabet Inc. (NASDAQ:AAPL), have also filed petitions against patents asserted by Smartflash in other patent infringement actions against those companies.

Given the fact that a potential conflict of interest exists with at least one of the APJs sitting on the PTAB panel deciding the validity of Smartflash’s claims, counsel representing Smartflash submitted a Freedom of Information Act (FOIA) request to the U.S. Patent and Trademark Office (USPTO) for the disclosure of documents and information held by the federal government pertaining to two items: the applications for APJ positions at the PTAB of all current APJs including job applications, submitted resumes, submitted references and records of contacting references; and records pertaining to PTAB procedures for assigning APJs to panels for CBM or inter partes review (IPR) proceedings including standard operating procedures, prior versions of standard operating procedures and records indicating why changes were made to standard operating procedures.

On March 17th, 2017, the USPTO sent an interim response to the FOIA request, which included documents pertaining to standard operating procedures for assigning APJs to reviews; the agency was still reviewing documents related to applications for all current APJs. Of the 57 pages of documents identified by USPTO as responsive to Smartflash’s request for operating procedure documentation, a total of 52 pages have been withheld, two pages have been partially redacted and only three pages related to the distribution of cases by trial type and technology are released in full. The two partially redacted pages include e-mails from a sender whose identity remains confidential, including a July 2014 e-mail distributed to America Invents Act (AIA) trial judges which asked those judges to return data on cases in which they were responsible for drafting a decision to institute or a final written decision.

In Smartflash’s case against Apple in the Eastern District of Texas (E.D. Tex.), Smartflash prevailed on all of the Section 101 invalidity challenges put forward by Apple in the case. A report and recommendation issued by an E.D. Tex. magistrate judge on January 21st, 2015, in response to Apple and Samsung motions for summary judgment for invalid subject matter under Section 101 found that the asserted claims of the Smartflash patents satisfied step two of the Alice/Mayo framework and thus were directed to patent-eligible subject matter. The magistrate judge’s rejected Apple’s argument that the Smartflash patents were similar to the claims invalidated in 2014’s Ultramercial Inc. v. Hulu LLC, a case in which patents which covered methods for viewing copyrighted content at no cost in return for viewing an advertisement were invalidated. E.D. Tex. officially adopted the magistrate judge’s findings and denied the motions for summary judgment on February 13th, 2015. Apple tried to reopen the Section 101 validity challenge by filing a renewed motion for judgment as a matter of law (JMOL) under Federal Rule of Civil Procedure 50(b). In a court order filed July 8th, 2015, the court declined to revise its summary judgment, stating that “The § 101 issue has already received full and fair treatment.”

Smartflash also prevailed on patent validity challenges raised under 35 U.S.C. Section 102 (novelty) and 35 U.S.C. 103 (non-obviousness) in Apple’s CBM petitions on the ‘772 patent. As the petition for CBM review filed by Apple notes, PTAB had previously denied institution to Apple’s petitions challenging validity under §102 and §103 because the Board concluded that Apple had not shown that it was likely it would prevail in demonstrating that cited combinations of prior art rendered obvious limitations of the Smartflash claims. In switching to its challenges of the ‘772 patent under §101, Apple argued that claims directed to “a data access terminal” essentially comprised a “general purpose computer.” Of course, it doesn’t take a computer expert to understand that general purpose computers in October 1999, the priority date of the application for the ‘772 patent, were not capable of the kind of data access technology covered by the ‘772 patent. It’s also important to note here that the ‘772 claims are directed to a handheld multimedia terminal. If those claims are directed to a “general purpose computer,” then what does that say about the patents Apple continues to obtain which are directed at computer-implemented methods?

On February 21st, 2017, Smartflash filed an opening brief with the U.S. Court of Appeals for the Federal Circuit in which Smartflash asks the Federal Circuit to consider whether the PTAB erred in determining that its patents were subject to CBM reviews and whether claims directed to a specific network architecture and distribution of functionalities, which enable convenient purchases of digital content while preventing piracy and allowing only permitted uses of proprietary content, are patent-eligible under 35 U.S.C. Section 101. Smartflash’s brief argues that while payment is an aspect of the claims, the inventions themselves are not used in any financial product or service. Further, the claims that have been deemed ineligible by the PTAB as “abstract ideas” actually describe novel distributions of functions among devices in a computer network, teaching specific solutions to technological problems associated with the distribution of content over the Internet. Smartflash’s brief cites numerous cases as a basis for this argument, including Federal Circuit decisions in 2014’s DDR Holdings, LLC v. Hotels.com, L.P., et. al. and 2016’s BASCOM Global Internet Services, Inc. v. AT&T Mobility LLC, et. al. Further, Smartflash argues that the conclusions of the PTAB were legally erroneous by dismissing individual claim elements as conventional without considering the claims as an ordered combination in violation of the standard set by the Federal Circuit in 2016’s Enfish, LLC v. Microsoft Corporation, et. al.

The current incarnation of the U.S. patent system is a nightmare for smaller players fighting legitimate claims of infringement against large, entrenched corporate interests, and every branch of the federal government has been complicit in the destruction of Constitutionally-protected property rights. The PTAB was created by Congress through passage and enactment of the AIA in 2011. The executive branch, which is ultimately responsible for the activities of the USPTO and PTAB, has failed to create a code of conduct which requires recusal and therefore cannot provide any reasonable assurance that justice is actually being served in the face of conflicts of interest. The swell of invalidity challenges under §101 are the direct result of the Supreme Court’s controversial decisions in Alice Corp. v. CLS Bank International and Mayo Collaborative Services v. Prometheus Laboratories, Inc. Normally one dead canary is enough to realize that it’s time to get out of the mine. The floors of PTAB are littered with an entire flock’s worth of dead claims that have been declared invalid, and it appears that those claims might be invalidated more at the behest of Apple and other tech giants than any cohesive rule of law.

Readers who are piqued by this story should stay tuned; this is not the last report we’ll have on the legal issues raised by the proceedings in Smartflash v. Apple.