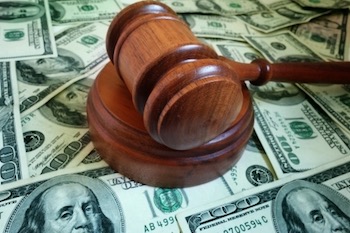 On Thursday, December 15th, a subsidiary of Kenilworth, NJ-based pharmaceutical developer Merck & Co. (NYSE:MRK) was awarded $2.54 in royalty damages in a case involving one of the  most popular available treatments for combating the hepatitis C virus (HCV). A federal jury decided that Gilead Sciences Inc. (NASDAQ:GILD), an American biotech firm headquartered in Foster City, CA, owed these royalties as a result of its infringement of patents for HCV treatments held by Merck’s Cambridge, MA-based subsidiary Idenix Pharmaceuticals. According to coverage of the verdict by Bloomberg, this $2.54 billion royalties award is the largest verdict for patent infringement in the history of the United States. The case was decided by jury in the U.S. District Court for the District of Delaware (D. Del.).

According to background information listed in the original complaint filed by Idenix in D. Del. back in December 2013, Gilead’s infringement activities date back to at least April 2013 when the company submitted a new drug application (NDA) with the U.S. Food and Drug Administration (FDA) for an HCV treatment including sofosbuvir. Sofosbuvir is a pharmaceutical agent which exhibits higher cure rates, less side effects and a reduced duration of treatment against multiple genotypes of HCV, improving upon conventional treatments for the disease. Gilead markets an HCV treatment named Sovaldi which contains sofosbuvir in combination with the antiviral agent ribavirin. Sofosbuvir is also a component of Harvoni, another HCV treatment marketed by Gilead.

In December 2013, the FDA awarded the breakthrough therapy designation to Sovaldi, fast-tracking the approval process used to get the treatment into the U.S. pharmaceutical market. Since that time, Sovaldi has been a major money earner for Gilead. Through 2014, Gilead earned a reported $10.3 billion in revenues for sales of the HCV medication, trailing 2014’s top pharmaceutical earner Humira, an autoimmune disease treatment marketed by American firm AbbVie Inc. (NYSE:ABBV), by a little more than $2 billion. That difference in revenues, however, is almost completely eliminated when including Gilead’s $2.1 billion 2014 revenues for sales of Harvoni. Sovaldi and Harvoni sales were down a bit throughout 2015’s fourth quarter but they still combined to produce $2.37 billion in revenues during that quarter. 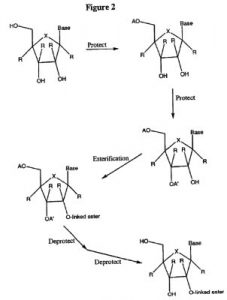 Idenix’s initial complaint alleged that Gilead’s sales of HCV treatments containing sofosbuvir infringed upon its IP asset U.S. Patent No. 7608600, titled Modified 2’ and 3’-Nucleoside Prodrugs for Treating Flaviviridae Infections. It claims a method of treating a host infected with HCV by administering to the host a medication in tablet or capsule form which contains hydrogen, an amino acid ester and then a base comprised of a specific amino acid like thymine or adenine. The application for the ‘600 patent had a priority date going back to June 2002, and the patent itself was granted in October 2009. The treatment was developed to combat HCV, which had reached epidemic levels worldwide, along with other flaviviridae diseases like dengue fever and yellow fever while exhibiting low toxicity in human hosts. 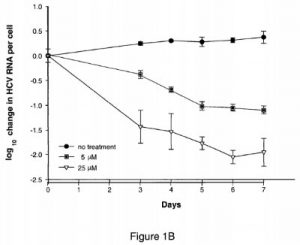 Gilead does have its own patents in the HCV treatment space but Merck alleged that Gilead’s related IP interferes with the ‘600 patent held by Idenix. Gilead holds U.S. Patent No. 8415332, titled Modified Fluorinated Nucleoside Analogues. This patent discloses a method of inhibiting the proliferation of HCV in a human subject by providing an antivirally-effective amount of a compound which is administered in combination or alternation with an antiviral, antibacterial or anticancer treatment. This patent also references the worldwide HCV epidemic and the need for low toxicity medications for the disease. The application for the ‘332 patent was first filed in September 2010 by Pharmasset, an HCV treatment developer which was purchased in 2011 by Gilead for a reported $11 billion in cash.

Although the ‘600 patent was only U.S. patent which was asserted by Idenix and Merck initially in this case, four additional Idenix patents were eventually asserted in the case. According to IP blog Patently-O, these include:

According to the jury verdict form, also provided online by Patently-O, Idenix was able to prove that reasonable royalties consist of 10 percent of the sale of Gilead’s infringing treatments. This led to the $2.54 billion verdict as the total dollar value of Sovaldi sales and adjusted sales of Harvoni through August 2016 was found to be $25.4 billion. This largest patent infringement verdict in U.S. history has an opportunity to be tripled, however, as the jury also found that Gilead had engaged in willful infringement of Idenix’s ‘597 patent. The jury’s verdict also upheld the ‘597 against challenges of invalidity which were brought by Gilead. Gilead did not prove that ‘597’s specification did not enable the asserted claims or that the specification does not contain an adequate written description of the asserted claims. Gilead also didn’t prove either that four claims of the ‘597 patent were invalid for anticipation or that 15 claims of the ‘597 patent were invalid based on obviousness to one skilled in the art.

This case could see further life as both Bloomberg and Reuters have reported that Gilead plans to file an appeal of the verdict. Idenix has also sought to enforce its patents in the European market, having filed multiple patent infringement suits against Gilead in March 2014. However, in December 2014, a court in the United Kingdom invalidated Idenix’s European patent asserted in the case, finding that the patent lacked novelty over previously published patent applications for similar compounds which were filed by Gilead.