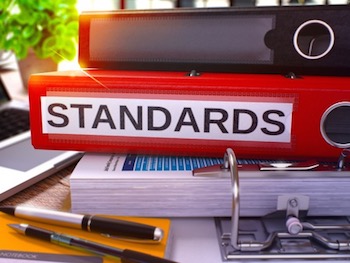 The process to develop such an interface specification resembles a joint product development project executed by a group of companies. Essential patents are often inventions that were made when the engineers encountered a problem during the development of the interface specification. Without these inventions the standard would not have worked and would not have been adopted widely. 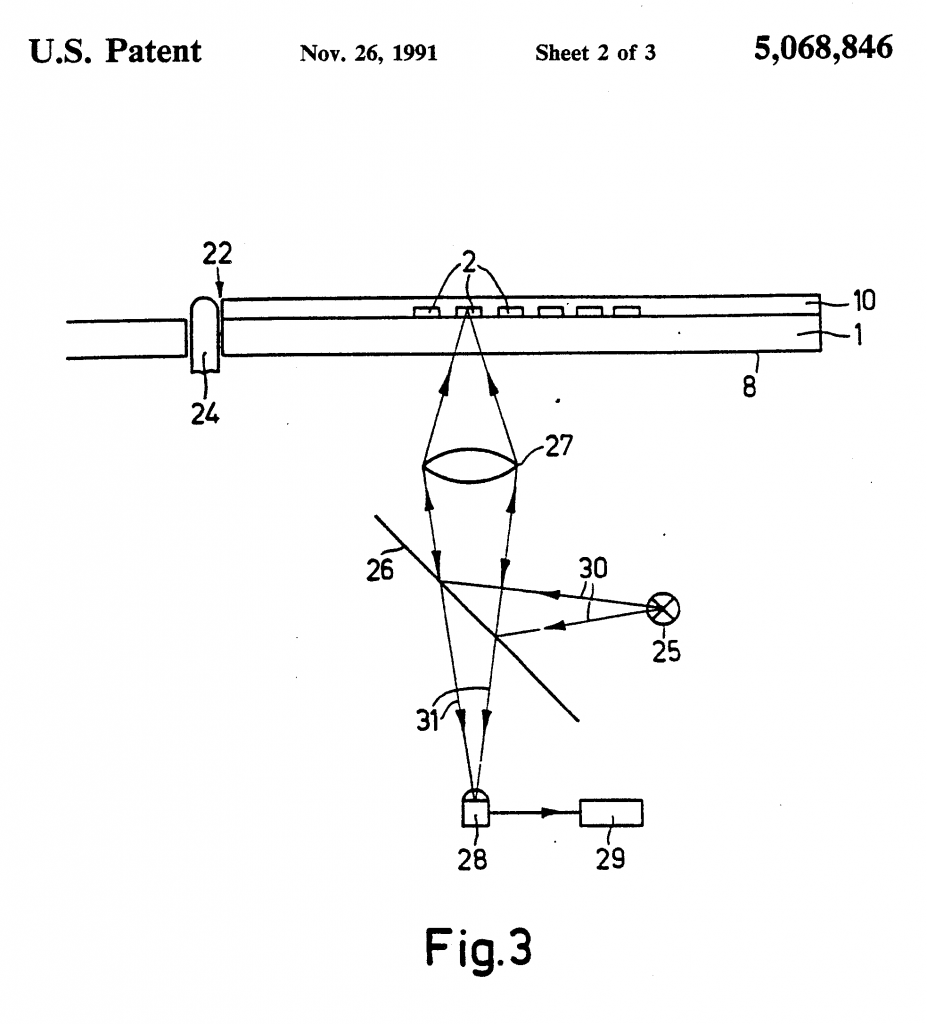 Here is an example of an invention that solved a problem on an interface: US patent 5068846 “Reflective optical record carrier”. It is one of the essential patents in the Compact Disc standard. The invention solves the problem that dust and scratches interfere with readout of the track that contains the audio information, causing high error rates unless the surface is perfect. With this invention, the information is no longer read out from the top (as with vinyl records) but from the back, through the transparent polycarbonate substrate. The result is that dust and scratches are not in the focus of the laser beam and the reliability of the compact disc is increased by orders of magnitude. This invention was made to solve a problem in the interface and was key to the success of the CD standard.

Interface specifications are not a collection of pre-existing technologies, contributed by the participating companies, and stapled together. It typically takes 1-3 years to develop the technical specification for an interface standard, sometimes longer. Take Wi-Fi, for example. The IEEE 802.11 working group was established in 1990. It took until 1997 before the first version of the Wi-Fi standard was approved. If standards development organizations need only decide which pre-existing technology should be included, it would not take 7 years. Developing an interface standard is usually a major engineering effort.

Despite what you might infer from the long time it takes to develop interface standards, most engineers are under tremendous pressure to deliver results. They are employees of companies that participate in the development. Sending teams of 2-5 engineers to regular meetings all over the world costs these companies a fortune. This time pressure promotes a healthy preference for using technologies that the participating engineers are familiar with.

This makes it difficult for a participating company to convince other participants to include their patented technologies into the new standard. It is really difficult to get engineers from other companies to agree with embedding exotic solutions for which they cannot foresee all implications. The patent owner will need to prove significant advantages to overcome sceptic objections from engineers that want to get the job done quickly with minimal risk. Convincing others to include your patented technology is much easier when the contribution solves a serious problem that doesn’t have a known solution.

The history of standardization is full of stories about competition between standards where only one survived.

Interface standards are subject to network effects. That means that the value of owning a product that implements the standard increases with the number of other products your product can interface with. The fax machine is a classic example. It is easy to see that, when two incompatible fax machine products are on the market, only one will be successful. The fax machine with the largest market share will out-compete the other product. Standards compete for adoption in products and, when the network effect is strong, only one standard survives, locks in, and achieves what economists call a ‘natural monopoly’.

When a standard faces competition, it is essential to be the first on the market with products and to establish the highest market share. The network effect will make it increasingly difficult for competing standards to get a foothold.

For mass-market consumer products, the network effect starts to become a strong market force when the installed base reaches between 20 and 50 million units. At that size, the market for Wi-Fi started to grow with 100% per year, and this was also the market size when VHS started to dominate over Betamax.

Two competing standards will, therefore, be under pressure to gain market share in the early stages of adoption by getting to market first, with superior performance, and with the lowest price. In view of the network effect, getting to market first is usually the highest priority. But in the early stages of adoption, being a little bit later with superior performance is still viable.

Most inventions contributed to the standard solve problems the engineers encountered during the development of the interface specification. Without these inventions the standard might have been later to market than the competing standard or its performance would have been inferior.

These inventions determine which standards wins the competition between standards.

Menno Treffers has lead standards development organizations and created patent license programs. He is chairman of the Wireless Power Consortium, an industry group that developed the Qi standard for wireless charging of [...see more]