Repetition of Junk Science & Epithets Does Not Make Them True 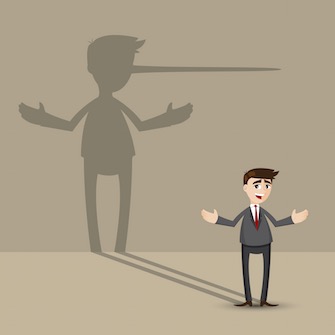 In their recent submission to the Washington Post’s series on so-called “patent reform” and “patent trolls,” James Bessen and Michael Meurer repeat the same junk science claims we’ve all heard many times before. In fact, the essay starts with a sky-is-falling, clickbait headline: “A third of the economy is at stake – and trolls are to blame.” This continues the pejorative and misleading “patent troll” narrative that has been used to urge policymakers to weaken the property rights of all inventors through sweeping changes to our patent system. But repeating junk science claims and rhetorical epithets makes them neither true nor legitimate.

Even when discussing real facts, Bessen’s and Meurer’s essay leaves out material information. For example, they note that “[o]ver six times as many patent lawsuits are filed today as in 1980,” but as award-winning economic historian Zorina Khan has shown, the average litigation rate has remained relatively steady for over 150 years (because we must assess the number of suits as a percentage of the number of patents in force). And they certainly don’t mention that a number of studies have shown that the uptick in the number of patent lawsuits after 2011 was a result of Congress’s changes to legal rules for patent litigation in the America Invents Act of 2011 (see here and here, for example). Furthermore, they don’t offer any evidence that these lawsuits are frivolous, and there’s nothing nefarious about patent owners simply enforcing their property rights against infringers.

Perhaps the most misleading part of Bessen’s and Meurer’s essay is its implication that the debate is over—that the “preponderant economic picture” supports their call for curtailing patent rights. But they choose to discuss only part of the evidence. Yes, as they say, patent litigation imposes costs. However, this is true of every law—from traffic rules to contract laws to real property rights. As other scholars have cautioned, one should not draw policy conclusions from the costs of patent enforcement without considering either the costs of infringement or the benefits of enforcement.

More troubling is that Bessen and Meurer ignore a large body of contrary evidence, while their preferred evidence includes studies that have been widely criticized as unreliable. This past March, I joined forty economists and law professors in a letter to Congress expressing “deep concerns with the many flawed, unreliable, or incomplete studies about the American patent system” that have been injected into the patent policy debate. That letter cites dozens of studies contradicting the evidence that Bessen and Meurer continue to put forth.

Worst of all is that Bessen and Meurer repeat claims based on nothing more than junk science. And, unfortunately, Bessen and Meurer themselves have produced some of this junk science. For example, they once estimated that litigation by so-called “patent trolls” cost the U.S. economy $29 billion in 2011. This figure has been thoroughly debunked and criticized for its fundamental and methodological flaws, such as using secret, proprietary data collected by a company that has a stake in lobbying for more legislative revisions to the patent litigation rules.

Another serious problem with the “patent troll” epithet is that the people using this term play fast and loose with the definition, rendering any data or statistical conclusions ultimately hollow. For instance, in their infamous claim about $29 billion in costs from “trolls” in 2011, Bessen and Meurer adopt a very broad definition of what counts as a “troll,” gathering up as many people and institutions as possible, including individual inventors, universities, and even manufacturing companies that license other patents they may own. Also, as I have pointed out for several years in articles (see here and here, for example) and in congressional testimony, their definition condemns great innovators as “trolls,” such as Thomas Edison, Charles Goodyear, Elias Howe, and Nikola Tesla. This should give anyone pause before blithely accepting their conclusions.

But even worse, when it comes time to describe the characteristics of these supposed “trolls,” they then apply a very narrow definition, describing the worst of the worst bad actors. They use these outliers on the margins as examples, together with the unscientific conclusions that include far more legitimate patent owners, to imply that these outliers are in fact the norm. Why? For the purpose of pressing for systemic “reforms” that invariably toss out the baby with the bathwater, weakening the rights of patent owners across the board and threatening the American innovation economy that is the envy of the world.

Another fact that is not mentioned in their essay is that many of the people that Bessen and Meurer claim would benefit from so-called legislative “reforms”—such as small firms and startups and the VCs that finance them—are opposed to sweeping legislation that revises the patent system. The National Venture Capital Association (NVCA) and the National Small Business Association wrote to Congress this past summer opposing the overbroad patent legislation of the sort Bessen and Meurer support. These trade associations explained that the bills that were almost passed into law this year “would dramatically weaken intellectual property rights and undermine a patent system that is vital to incentivizing innovation and job creation in our country.” Bessen and Meurer lament the “decline of billions of dollars of venture capital investment,” yet the chair of the NVCA is on record saying that many of the “reforms” favored by Bessen and Meurer “will have a devastating impact on startups trying to enforce their patents against large incumbents and on small companies facing legal challenges by larger, well-financed competitors.”

On the one hand, unscientific surveys and studies infected with bias and other methodological and substantive flaws are appealed to by advocates for revising the patent system. On the other hand, trade associations that speak for the industry are consistently clear in their defense of strong patent rights and the harms to innovation that would be caused by the sweeping structural revisions being pushed by Bessen, Meurer and others.

Again, continually repeating the same junk science claims and the same epithets year after year does not make them true. Congress should not be fooled by misleading rhetoric and junk science. The patent system is too important for it to be changed on the basis of anything but sound policy rooted in data-driven, rigorous scholarship. If anything, the advocates for revising the patent system keep proving time and again that this is exactly what is missing from their arguments.