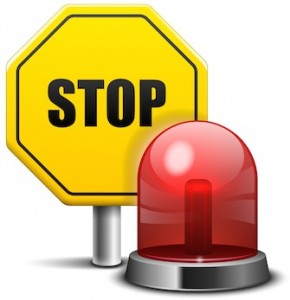 Earlier today 40 economists and law professors wrote to Senate and House Judiciary leaders explaining that the data it that keeps being cited to justify HR 9, otherwise known as the Innovation Act, is “flawed, unreliable and incomplete.” The professors caution Congress to proceed cautiously, particularly given the numerous misleading and flawed studies that “highly exaggerated claims regarding patent trolls.”

As the letter explains, one of the “studies” that is often cited as proof that patent trolls cost U.S. businesses $29 billion a year is pure fiction, has been thoroughly debunked, and the authors of the study have retreated significantly from their clearly erroneous conclusions. I have explained this issue in detail, as other have as well. Among the misrepresentations relied upon to achieve the $29 billion figure is counting transactions where property rights are acquired as a “cost,” which is simply not appropriate under any accounting model. Further, the authors defined patent trolls to include operating companies, which ensures that the estimate they reached is both extraordinarily high, but also lacks all credibility. Further still, it is well known that there is abusive patent litigation and bad actors, yet this particular study did nothing to define the problem or identify the nefarious actors, instead choosing to pretend that virtually all patent sales or patent licensing hinders U.S. businesses.

Although this professors’ letter does not mention it, another recent “study” is equally problematic and is already being used by those who support drastic patent reform. A paper written by Professors Robin Feldman and Mark Lemley actually concludes that patent licensing contributes nothing to innovation. They go as far as to say that this holds true even when Universities engage in licensing. There are a variety of problems with this serious flawed paper. Perhaps the largest problem is that Professors Feldman and Lemley rely on subjective evidence rather than volumes of objective evidence that contradict the self-serving responses from those who are licensing rights they are already alleged to be infringing. What else would you suspect from a homogenous subset of individuals who collectively don’t like the patent system very much? Collective bias seems a far more likely answer as to why there is “near unanimity,” as the Professors claim.

The claims in the Feldman-Lemley paper about universities don’t even pass the laugh test when you concern yourself with fact. Licensed university technology has resulted in over 10,000 start-ups being formed and many thousands of new commercial products created since 1980. Prior to Bayh-Dole being enacted zero drugs were commercialized from underlying university research. Since Bayh-Dole there have been over 150 new drugs reach the market that are directly related to university research. See TheRole of Public-Sector Research in the Discovery of Drugs and Vaccines, The New England Journal of Medicine, February 10, 2011. If only Professors Feldman and Lemley had cross checked their subjective survey results against objective data they would have discovered that in FY 2012 alone 591 new commercial products were created using university technology, and another 719 new commercial products were created in FY 2013.

There will be much more to write in the coming days, but for today, here is the press release and the letter sent to Congress along with the names of those professors who are standing up to the PR campaign, dubious studies and misrepresentations that are threatening the very foundation of the U.S. patent system.

As economists and law professors who conduct research in patent law and policy, we write to express our deep concerns with the many flawed, unreliable, or incomplete studies about the American patent system that have been provided to members of Congress. Unfortunately, much of the information surrounding the patent policy discussion, and in particular the discussion of so-called “patent trolls,” is either inaccurate or does not support the conclusions for which it is cited.

As Congress considers legislation to address abusive patent litigation, we believe it is imperative that your decisions be informed by reliable data that accurately reflect the real-world performance of the U.S. patent system. The claim that patent trolls bring the majority of patent lawsuits is profoundly incorrect. Recent studies further indicate that new patent infringement filings were down in 2014, with a significant decline in non-practicing entity (NPE) case filings. Unfortunately, these facts have gone largely unnoticed. Instead, unreliable studies with highly exaggerated claims regarding patent trolls have stolen the spotlight after being heavily promoted by well-organized proponents of sweeping patent legislation.

Indeed, the bulk of the studies relied upon by advocates of broad patent legislation are infected by fundamental mistakes. For example, the claim that patent trolls cost U.S. businesses $29 billion a year in direct costs has been roundly criticized. Studies cited for the proposition that NPE litigation is harmful to startup firms, that it reduces R&D, and that it reduces venture capital investment are likewise deeply flawed. In the Appendix, we point to a body of research that calls into question many of these claims and provides some explanation as to the limitations of other studies.

Those bent on attacking “trolls” have engendered an alarmist reaction that threatens to gut the patent system as it existed in the Twentieth Century, a period of tremendous innovation and economic growth. Indeed, award-winning economists have linked the two trends tightly together, and others have noted that it is exactly during periods of massive innovation that litigation rates have risen. We are not opposed to sensible, targeted reforms that consider the costs created by both plaintiffs and defendants in patent litigation. Yet, tinkering with the engine of innovation— the U.S. patent system—on the basis of flawed and incomplete evidence threatens to impede this country’s economic growth. Many of the wide-ranging changes to the patent system currently under consideration by Congress raise serious concerns in this regard.

That these proposed changes to the patent system have not been supported by rigorous studies is an understatement. We are very concerned that reliance on flawed data will lead to legislation that goes well beyond what is needed to curb abusive litigation practices, causing unintended negative consequences for inventors, small businesses, and emerging entrepreneurs. It is important to remember that inventors and startups rely on the patent system to protect their most valuable assets. Legislation that substantially raises the costs of patent enforcement for small businesses risks emboldening large infringers and disrupting our startup-based innovation economy. If reducing patent litigation comes at the price of reducing inventors’ ability to protect their patents, the costs to American innovation may well outweigh the benefits.

As David Kappos, the Director of the Patent Office from 2009 to 2013, stated in 2013 testimony before the House Judiciary Committee, “we are not tinkering with just any system here; we are reworking the greatest innovation engine the world has ever known, almost instantly after it has just been significantly overhauled” by the America Invents Act in 2011. “If there were ever a case where caution is called for, this is it.” As Congress addresses this important issue, we hope you will demand empirically sound data on the state of the American patent system.

Christopher A. Cotropia
University of Richmond School of Law