NPEs vs Patent Trolls: How to build a healthy innovation ecosystem 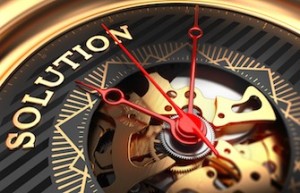 I work for a non-practicing entity, or NPE for those familiar with the term, a firm that does not commercialize any product or service, but fosters innovation by monetizing intellectual property rights (IPRs) through licensing and technology transfer. I work, in other words, for one of those entities that the world (and this administration, apparently) has come to hate. We are wrongly referred to as a patent troll.

But what are patent trolls? And is the monetization of intellectual property per se a troll behavior? Trolls are those entities that bully the market by asserting, or threatening to assert, in court invalid or bogus patent portfolios to industry players that do not have the resources to defend themselves or for which it does not make economic sense to fight back in court. They seek quick settlements by asking relatively (compared to the cost of defending against those patents in court) small sums. By creating risk and exploiting the exorbitant costs of litigation (especially in the US), patent trolls are often able to extort, in aggregate, significant sums. Many companies, especially in the past, settled in the fear of the residual risk. Trolls are not licensing firms. Patent licensing and monetization companies, on the other hand, help corporations, research centers, inventors and, more generally, the whole innovation ecosystem in three ways: first, making sure their intellectual property rights are not infringed through copycat products; second, guaranteeing that the whole market is in fact licensed, preventing free riding behaviors; lastly, and even more importantly, providing an additional revenue stream that is reinvested in further innovation.

The recent public discourse is purposely blurring the line between NPEs and trolls. Research labs and universities are all NPEs. But it would be not only incorrect but also ultimately ethically wrong to classify these entities as trolls. In fact, by taking away their right to technology monetization, we might undercut their ability to further investments in innovation, yet creating a vicious cycle. Ultimately, all companies – practicing or non-practicing – do R&D in areas where they will never bring a product to the market, and act as NPEs in specific market segments. Innovation requires multiple actors, including individual inventors. In times when R&D dollars are scarce, aggregators and patent licensing firms generate more resources to fuel innovation.

We contend that Congress should weigh all interests when acting upon patent reform. The economics of the innovation ecosystem are not as simple as some of the “big boys” want us to believe, and all players’ ROI should be taken into account when acting on behalf of society as a whole, and in the interest of innovation and competitiveness.

In a recent article on IAM, a prolific, individual inventor identifies a problem most individuals or small companies owning technologies and patents have come to face: the issue of what he refers to as “Patent Ogres”.

“A patent ogre is a large company that has a significant market position in a product or service category and protects its economic interest by suppressing, bullying and/or simply grinding into the ground smaller, more innovative competitors that have patented technologies. Faced with a small innovator with patents that potentially read on its products or services, the patent ogre […] may refuse to license the technology at market rates, […] create publicity campaigns to label the inventors as trolls, and drag them through endless legal maneuvers until they run out of money […]. Then the patent ogre continues to derive economic benefit from the technology that someone else invented or perfected.”

Congress should not make things even harder for smaller entities by raising costs and risks associated with patent enforcement. While courts worldwide have been far from consistent in addressing patent infringement cases – and the White House did not help by interfering with the International Trade Commission’s decision in the Samsung/Apple dispute – Congress should not make things worse by foregoing the interests of what arguably represents a large percentage of the innovation market. Furthermore, Congress must recognize, as it takes up patent reform, that using poorly designed blunt instruments such as overly broad legislation that fails to distinguish between legitimate, reasonable and appropriate enforcement activities on the one hand and the illegal and inappropriate extortion-like activities of trolls on the other hand, bludgeons the entire technology industry. Members of the IP Subcommittee of the House Judiciary Committee would be wise to seek the advice of multiple stakeholders (technology companies, universities, licensing entities, individual inventors, etc.) and not heed only those who shout loudest or with the deepest pockets.

Fueling R&D and innovation represents a societal benefit (measurable through GDP in the long run), not deadweight loss as some academics want us to believe. As a former colleague of mine puts it, patent licenses should be included in the bill of materials. There could certainly be competition on price between technology suppliers, but the cost of such licenses cannot be zero. What happens when large corporations strangle their suppliers by lowering their prices to unsustainable levels? Suppliers close down shop, people lose their jobs, and ultimately many end up condemning those actions. Why does the exact opposite have to happen for IP and technology suppliers like research centers, universities or even independent inventors?

Recently, there has been general support for the emergence of an “open market” for innovation and patents. That is all good, but they tend to forget one aspect: a patent asset is, in and of itself, a time-limited monopoly granted to the owner of said asset. Before acting, Congress should go back to the premises and motivations that brought the patent system into existence in the first place. A patent provides an incentive to the inventor to give access to his innovation and new technology to anyone, allowing the industry to advance and build further innovation upon others’ innovations. Collaborative exchanges of ideas are the strongholds of the patent system. By taking away those rights, or the ability to enforce those rights, more innovators may rely on trade secrets, and innovation may turn into a race to the bottom rather than a harmonized, successful (no one would deny that the rate of innovation has accelerated substantially in the last centuries) and virtuous cycle of innovation.

Finally, I would like to spend a few words trying to demystify a popular myth: litigation has recently increased substantially, especially in the mobile industry. An article by Ron Katznelson — A Century of Patent Litigation in Perspective — that went almost unnoticed does a remarkable job in comparing and normalizing (over several figures like total number of patents in force, GDP, etc.) litigation rates over more than a century. Katznelson’s results are surprising, especially when compared to recent overblown anti-patent rhetoric and arguments, but not entirely counterintuitive: normalized litigation rates did not change substantially over the past century, and relative increases can be associated with significant technology improvements. And we are certainly going through an era of significant technology advance.

We cannot expect emerging markets with yet-to-be-developed patent jurisprudence to follow course, protect the interests of technology developers and innovators, avoid protectionism and anti-competitiveness practices if the US and Europe keep giving misleading (wrong?) guidance with their own legislation.

Matteo Sabattini Matteo Sabattini is a Director of IP Policy for Ericsson. In addition to his duties with Ericsson, Sabattini also serves as Senior Vice President of Standards for the Licensing Executives [...see more]