“The petition claims that the Federal Circuit overruled its own precedent in adopting ‘an atextual interpretation of Section 315(e)(2) that applies estoppel to any ground that reasonably could have been raised in the petition filed before an inter partes review is instituted.’ 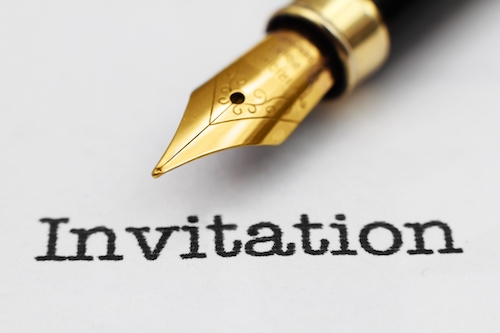 The case stems from a February, 2022, decision of the U.S. Court of Appeals for the Federal Circuit (CAFC) in which the court issued a mixed precedential decision that affirmed, vacated, and remanded in part a decision by the U.S. District Court for the Central District of California. That ruling related to a patent infringement suit filed by the California Institute of Technology (Caltech) against Broadcom Limited, Broadcom Corporation, and Avago Technologies (collectively “Broadcom) and Apple Inc. concerning Caltech’s U.S. Patent 7,116,710 (‘710 patent), U.S. Patent 7,421,032 (‘032 patent), and U.S. Patent 7,916,781 (‘781 patent).

As part of the decision, the CAFC affirmed the district court’s holding barring raising invalidity challenges based on known prior art after an IPR litigation. The court took the opportunity to overrule Shaw Industries Group, Inc. v. Automated Creel Systems, Inc. (Fed. Cir. 2016) and clarify that estoppel applies to claims and grounds not in the IPR but which reasonably could have been included in the petition.

Later, on February 22, 2022, the CAFC clarified in an errata that “estoppel applies only to the ‘challenged claims,’ i.e., the claims challenged in the IPR petition. Claims not challenged in the petition are not subject to estoppel.”

Apple appealed to the Supreme Court in September 2022, arguing in its petition that when an IPR of a patent claim results in a final written decision, “Section 315(e)(2) estops a petitioner from challenging the validity of that patent claim in district court on ‘any ground that the petitioner raised or reasonably could have raised during that inter partes review.” The petition claims that the Federal Circuit overruled its own precedent in adopting “an atextual interpretation of Section 315(e)(2) that applies estoppel to any ground that reasonably could have been raised in the petition filed before an inter partes review is instituted.”

In its reply brief, Caltech said the Federal Circuit’s interpretation of 35 U.S.C. § 315(e)(2) was consistent with the plain text and ordinary meaning of the statute. The brief further argued that Apple’s attempts to paint the district court’s view that Apple reasonably could have asserted its new invalidity grounds in its IPR petitions since it “undisputedly knew of all those grounds at the time of filing its petitions” as contrary to the statute is an “unnatural and implausible reading of the statute.” To adopt this interpretation would “limit estoppel to those grounds that a patent challenger actually included in its inter partes review petitions,” Caltech added.

Two amicus briefs have also been filed with the Supreme Court, both supporting petitioners. A brief filed on behalf of Patent Law Professors argues that the Federal Circuit decision should be reversed and the Court should hold that “estoppel following inter partes review (IPR) extends only to grounds that a party ‘raised or reasonably could have raised during that inter partes review,’
with ‘during that inter partes review’ meaning the time period between institution and final decision, as indicated by the statutory text.” The brief adds that a too-broad reading of the statute raises issues of fairness and complicates future proceedings by requiring determinations about what prior art petitioners should have known about at the time of filing.

Unified Patents’ brief similarly leans toward Apple’s view that estoppel should apply only to the time period after institution through the final written decision and urges the Court to “seriously consider” this argument, but ultimately supports granting certiorari chiefly to ensure “that petitioners and patent owners have a final, conclusive interpretation of the estoppel provisions.”