“As interoperability expands between different metaverses and physical and virtual worlds, the [Roblox] case could have wide implications on license and assignment language in Terms of Service and how metaverses treat IP related to user generated content.” 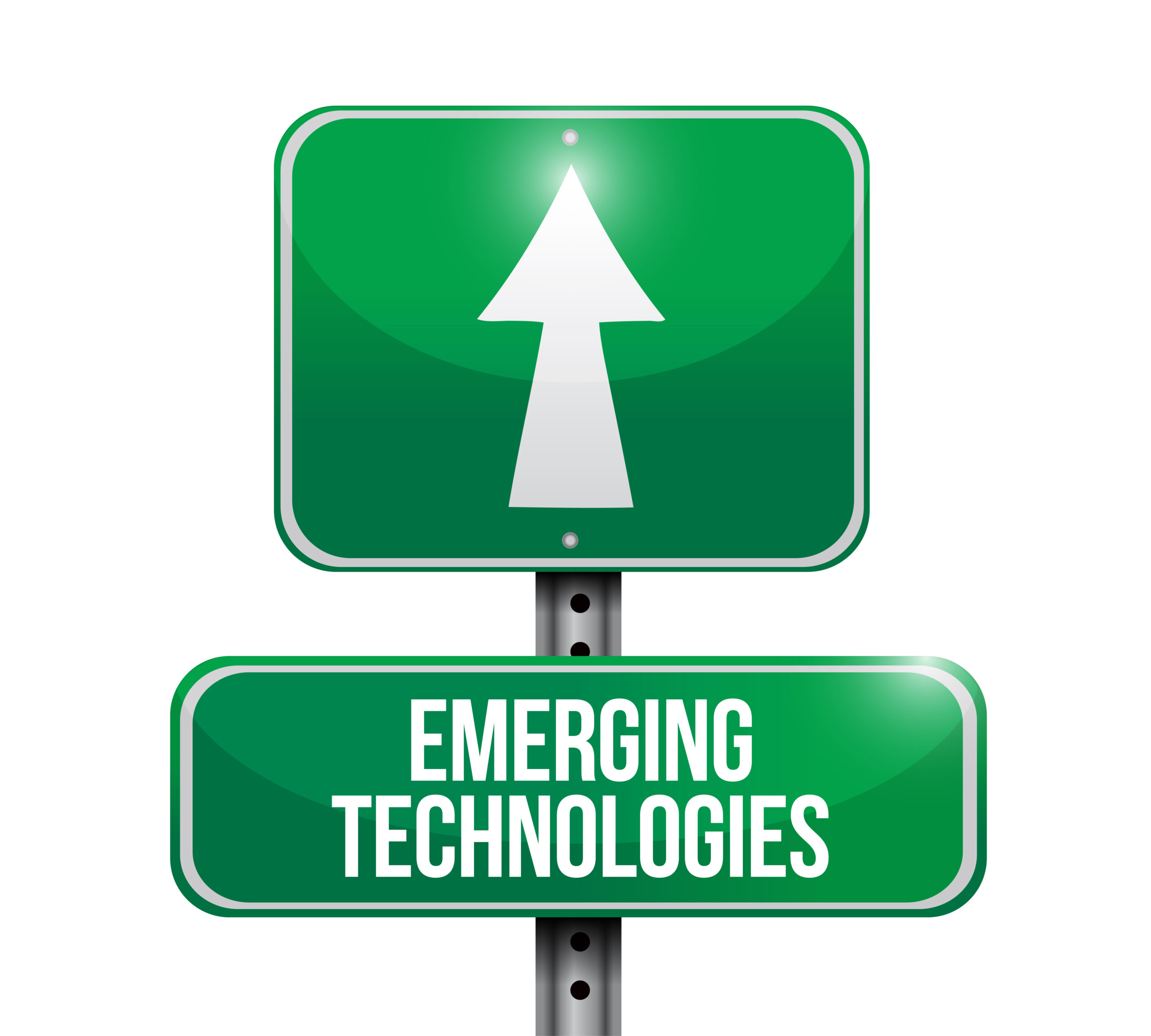 “Non-fungible tokens (NFTs),” “blockchain,” “metaverse,” “web3,” and “artificial intelligence (AI)” are buzzwords that solicited significant discussion and development in the area of intellectual property (IP) law in 2022. This overview covers five key topics in IP law that affected the growth and mainstream adoption of these emerging technologies last year.

Trademark applications involving blockchain technology and NFTs goods and services yielded a high volume in trademark filings with the United States Patent and Trademark Office (USPTO). In 2022, the number of applications doubled those in 2021. Many new filings span across various industries, such as hospitality, finance, pharmaceutical, entertainment, real estate, and more. Recognizable brands filing to protect goods and services using this technology include Nike, Gucci, Visa, Home Depot, University of Alabama, Universal Music Group, and more. 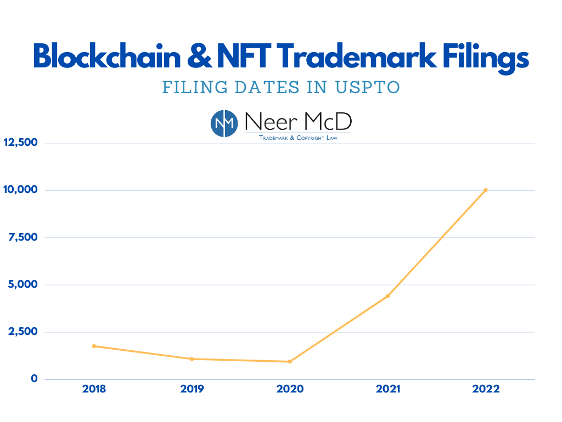 More applications also translates to more examinations in 2022 pertaining to these technologies.  Indefinite descriptions of goods/services and inadequate specimens were among the top issues raised in Office Actions and discussed in a recent USPTO webinar on Trademarks for Newer Technologies.

The 12th edition of the Nice Classification includes new items and amendments related to these technologies to help clarify their descriptions:

The USPTO adopted these changes when they became effective on January 1, 2023.

It is not surprising that the large volume of NFT-related filings in the USPTO reflects the diverse range of items that can be represented by NFTs, including but not limited to digital art, tickets, sneakers, clothing, and certificates of attendance. The three lawsuits mentioned below are among the first to be filed in the United States and the world, which can have major implications on examining trademark issues unique for this new vehicle of distribution.

In January this year, Hermès brought suit against artist Martin Rothschild for the launch of Rothschild’s “MetaBirkins” NFTs, which depict images resembling the well-known Hermès Birkins purse, but adorned in colorful fur. The lawsuit in Southern District of New York includes allegations of trademark infringement, and Rothschild claims he is protected by First Amendment rights and the Rogers test under Rogers v. Grimaldi, 875 F.2d 994 (2d Cir. 1989) should apply. On May 5, 2022, the court issued an order denying Rothschild’s Motion to Dismiss, and further expanded upon the order on May 18. Siding with Rothschild in part, the court found the Rogers’ test applicable “at least in part” for analyzing trademark infringement. Nonetheless, the motion was denied due to Hermès’ amended complaint containing sufficient factual allegations that Rothschild’s use of the trademark is not artistically relevant and that Rothschild’s use is explicitly misleading. On December 30, 2022, the court also denied Rothchild’s attempt to succeed on this argument through a summary judgment motion and denied Hermès’ summary judgment motion on trademark infringement and dilution claims. The reasoning for these rulings will be released on January 20, 2023 and trial is set for January 30, 2023.

In June 2022, Yuga Labs, a native web3 company and owner of the notable NFT collection, the Bored Ape Yacht Club (BAYC), filed suit against conceptual artist Ryder Ripps and others in the Central District of California due to actions related to Ripps’ duplicate NFT collection called RR/BAYC. The RR/BAYC collection features the same images in the BAYC collection by having each RR/BAYC NFT point to the image of a specific BAYC NFT with a disclaimer for purchasers via their website. The defendants are accused of using the same or similar trademarks owned by Yuga to promote and sell their own NFT collection. Yuga alleges unfair competition, false advertising, cybersquatting, and trademark infringement. Ripps brought an Anti-SLAPP motion to strike/dismiss, which was denied by the court, and the Anti-SLAPP motion was quickly appealed by the defendants. Defendants stated their actions are in relation to speaking out on a public issue about alleged neo-Nazi culture and racist communities, which defendants claim is insulated by artistic free speech under the Rogers test.

In what was initially a trademark-focused lawsuit, Defendants filed counterclaims on December 27, 2022 to seek declaratory judgment of no copyright by Yuga Labs, defamation, intentional infliction of emotional distress, and more. The case is set for trial this year.

Sneaker innovator, Nike, accused resale platform StockX of stepping too far when it launched NFTs to trade alleged authentic, physical shoes, including those by Nike. In February 2022, Nike brought suit against StockX in the Southern District of New York, alleging that StockX engaged in unauthorized and infringing use of Nike’s famous marks through minting NFTs that use Nike’s registered trademark and capitalize off Nikes goodwill. Moreover, Nike claims that despite StockX’s representations, StockX is not selling legitimate product. Specific allegations are trademark infringement, unfair competition, false designation of origin/unfair competition, trademark dilution, New York injury to business reputation and dilution, counterfeiting, and false advertising.

StockX counters that it utilizes NFTs to track ownership of legitimate, physical product in part by using the trademarks in a non-confusing way of referring to Nike. They claim their authentication process is top-notch, and even formerly praised by Nike. Moreover, Nike’s behavior is anticompetitive. StockX’s answer includes the following defenses: trademark fair use, first sale doctrine, Nike hasn’t been harmed, Nike failed to mitigate damages if such exist, estoppel, acquiescence, and lack of causation. The Parties are currently in the discovery phase and fact discovery is currently set to close in January 2023.

The case highlights supply chain and counterfeit issues as well as related advertising concerning the authentication of physical products through NFTs.

Popular online game platform Roblox and toy manufacturer Jazwares try to block WowWee’s physical dolls “born from the metaverse” by bringing a lawsuit against WowWee. In August, plaintiffs brought a complaint in the Northern District of California claiming that a line of physical dolls based on creations made in the Roblox ecosystem and from Roblox “stock-like” figurines violates Roblox’s copyrights and trademarks. Allegations related to additional avatars were added after the additional copyright registrations were obtained and the amended complaint filed in September alleges copyright infringement, false advertising, trademark infringement, false association/false designation of origin, trade dress infringement, intentional interference with contractual relations, breach of contract, California false advertising, and California unfair competition.

Defendants responded with a motion to dismiss that claims Roblox’s Terms of Service (ToS) expressly allowed user generated content to be owned by the creator, then the ToS were unilaterally changed just before filing suit. More specifically, it details that Roblox cannot sue based on copyright they don’t own (including that the avatars consist of unprotectable ideas and commonplace elements) and that plaintiffs cannot amend the complaint to include additional registrations. Further issues include failure to allege substantial similarity under copyright infringement, lack of protectible trade dress, and that certain claims fall under Roblox’s own arbitration provision. The motion is fully briefed and the court heard argument on the motion on December 16, 2022. 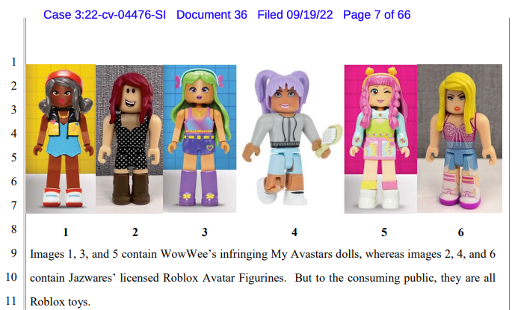 As interoperability expands between different metaverses and physical and virtual worlds, the case could have wide implications on license and assignment language in Terms of Service and how metaverses treat IP related to user generated content.

4. AI’s Role in Copyright and Other IP

As recognized by the USPTO and U.S. Copyright Office (USCO), and as recapped last month on IPWatchdog, IP issues regarding AI are complex and growing in urgency and importance. In August 2022, in analyzing who or what can be an inventor, the Federal Circuit affirmed that “Congress has determined that only a natural person can be an inventor, so AI cannot be.”  This was one of Dr. Stephen Thaler’s challenges around guiding discussion and rulemaking on IP and AI-generated works. Dr. Thaler was likewise met with resistance in the copyright context of the statutory requirements of human authorship. In February 2022, Dr. Stephen Thaler’s AI-generated artwork titled, “A Recent Entrance to Paradise,” had its copyright application denied registration by the USCO where the AI was listed as the author. In response, Thaler filed suit against the USCO in June 2022 to have the decision set aside and his application reinstated for registration of the AI-generated artwork. 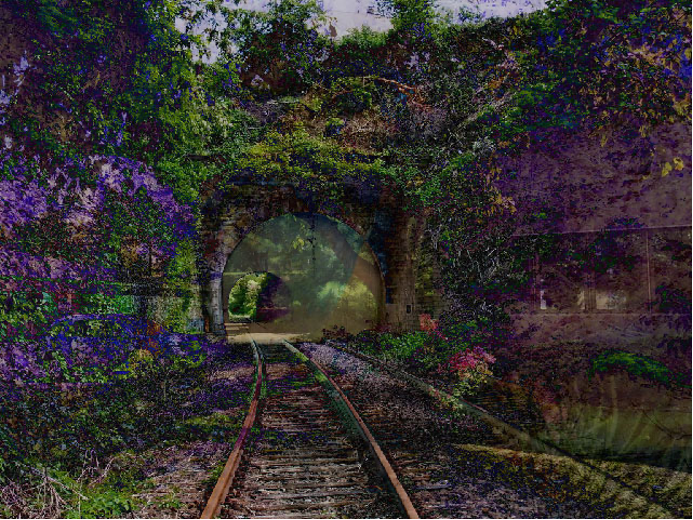 Questions linger as to where on the “creation-generation spectrum” (from entirely human created to entirely machine-generated) a work may be eligible for registration. As a result, various works such as artwork, graphic novels, articles, etc. remain in a AI-generated purgatory. While the U.S. Copyright Office and USPTO have each actively looked at issues involving the intersection of IP law and AI, a recent letter dated October 27, 2022 by Senators Tillis and Coons could be the impetus for a first cross-agency commission on the topic.

NFTs appeal to many artists for their ability to easily collect and distribute resale royalties via smart contracts. Resale royalties, also known as “droit de suite,” are fees paid to artists each time their work is resold on the secondary market. Some blockchains and NFT marketplaces are using smart contracts to automatically implement resale royalty payments as dictated by the artist, while others are leaving the decision to include the resale royalty payment up to the artists or buyers. This has brought heated debate among the web3 community as different blockchains, marketplaces, artists, and others players in the ecosystem explore managing or choosing to not manage resale royalties through smart contracts. Announcements and discussion from major players have varied and changed, though significant ones include Opensea, SuperRare, Coinbase NFT, Yawww, Magic Eden, Manifold, and Hedera. While downstream resale royalties may be difficult to enforce under contract privity concerns, there are “social contract” considerations at play, especially as public blockchains reveal where the money is going.

Special thank you to Kayla Lawless for assisting with research to support this article.