“According to the 2019 Policy Statement, the 2013 Policy Statement had been ‘misinterpreted to suggest that a unique set of legal rules should be applied in disputes concerning patents subject to a F/RAND commitment that are essential to standards…, and that injunctions and other exclusionary remedies should not be available in actions for infringement of standards-essential patents.’” 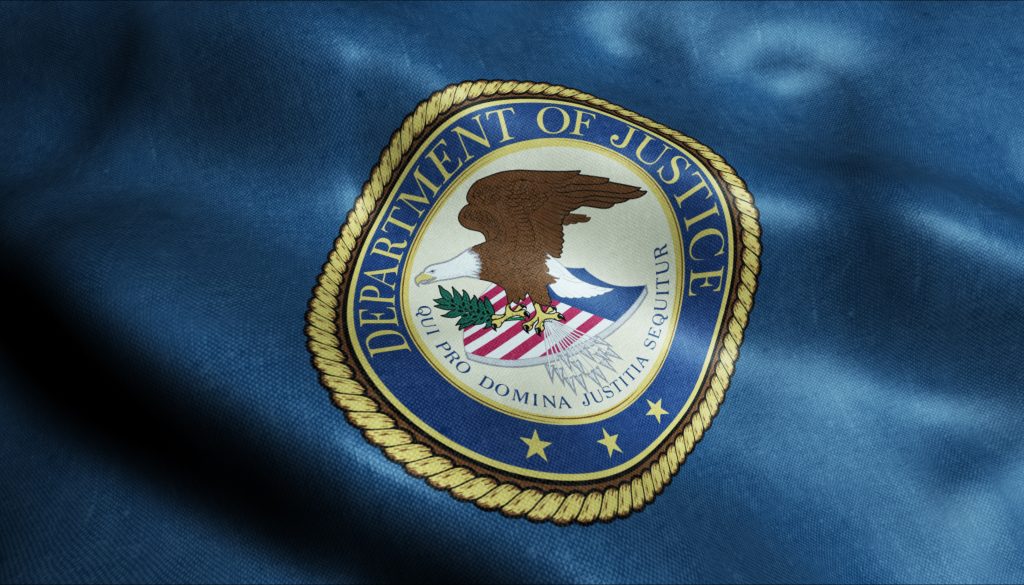 Much like a biological ecosystem, the development, commercialization, and licensing of standardized technologies involves a delicate balance among many diverse and competing participants. The 2021 Draft Policy Statement on Remedies for Standards-Essential Patents Subject to Voluntary F/RAND Commitments (hereinafter “the 2021 Draft Policy Statement”), however, appears to be primarily concerned with an issue faced exclusively by implementers when dealing with owners of larger patent portfolios, but without explicitly saying so.

According to the 2013 Policy Statement, its purpose was to provide guidance on “whether injunctive relief in judicial proceedings or exclusion orders in investigations under section 337 of the Tariff Act of 1930 are properly issued when a patent holder seeking such a remedy asserts standards-essential patents that are encumbered by a RAND [reasonable and non-discriminatory] or FRAND [fair, reasonable and non-discriminatory] licensing commitment.” A footnote to this statement provides adds the follows: “Although the focus of the present policy statement is on exclusion orders issued pursuant to 19 U.S.C. § 1337, similar principles apply to the granting of injunctive relief in U.S. federal courts, which is governed by the standards set forth by the U.S. Supreme Court in eBay Inc. v. MercExchange… (2006).”

Notwithstanding the United States Patent & Trademark Office (USPTO) and United States Department of Justice (DOJ) recognize the right to exclude others as being a fundamental right of a patent holder, and “typically… the appropriate remedy” for infringement, the 2013 Policy Statement points to “hold-up” as justification for the potentially different treatment of patents subject to a licensing commitment:

As a result, the owner of that patented technology may gain market power and potentially take advantage of it by engaging in patent hold-up, which entails asserting the patent to exclude a competitor from a market or obtain a higher price for its use than would have been possible before the standard was set, when alternative technologies could have been chosen.

Notably the agencies provide no further explanation of how hold-up occurs, nor any evidence of hold-up occurring and the negative impact it is having. Rather, the agencies simply state that hold-up may be a problem and proceed from there (emphasis added):

This type of patent hold-up can cause other problems as well. For example, it may induce prospective implementers to postpone or avoid making commitments to a standardized technology or to make inefficient investments in developing and implementing a standard in an effort to protect themselves. Consumers of products implementing the standard could also be harmed to the extent that the hold-up generates unwarranted higher royalties and those royalties are passed on to consumers in the form of higher prices

While the 2013 Policy Statement recognizes that an exclusion order for infringement of a patent subject to a licensing commitment “may still be an appropriate remedy in some circumstances… For example, if a putative licensee refuses to pay what has been determined to be a F/RAND royalty, or refuses to engage in a negotiation to determine F/RAND terms…”, it nonetheless “urge[s] the [U.S. International Trade Commission] USITC to consider whether a patent holder has acknowledged voluntarily through a commitment to license its patents on F/RAND terms that money damages, rather than injunctive or exclusionary relief, is the appropriate remedy for infringement.”

In hindsight, the most glaring omission from the 2013 Policy Statement is that, despite stating “the remedy of an injunction or exclusion order may be inconsistent with the public interest… where an exclusion order based on a F/RAND-encumbered patent appears to be incompatible with the terms of a patent holder’s existing F/RAND licensing commitment to an SDO” (emphasis added), no reference is made to any specific licensing commitment, or patent policy, of any Standards Development Organizations (SDO) or Standards Setting Organizations (SSO). As will be discussed in Part II, short of not providing notice of the potential infringement and, in some instances, a good faith offer, the notion that merely submitting a licensing commitment should deprive the patentee of the right to pursue an injunction for infringement is not supported by the language of the licensing commitment, patent policies or any patent / ITC / antitrust rulings related thereto, at least when it comes to the European Telecommunications Standards Institute (ETSI), the governing standards body at issue in the majority of FRAND licensing disputes.

In contrast to the 2013 Policy Statement, the 2019 Policy Statement is not solely focused on the availability of exclusion orders and injunctions, but instead begins with the following more general statement: “The USPTO, NIST and DOJ, offer the following views on remedies for standards-essential patents that are subject to a RAND or FRAND licensing commitment” (emphasis added), adding that “[w]hen licensing negotiations fail… appropriate remedies should be available to preserve competition, and incentives for innovation and for continued participation in voluntary, consensus-based, standards-setting activities.”  A footnote to the later statement sheds light on a matter of particular concern to the agencies in 2019, i.e. hold-out:

Regardless of a patent holder’s F/RAND commitments, under some circumstances, such as coordinated delay in agreeing to a license to drive down its cost, the DOJ could find such joint conduct to cause competitive harm, for example, through the collective exertion of monopsony power over a patent holder.

According to the 2019 Policy Statement, the 2013 Policy Statement had been “misinterpreted to suggest that a unique set of legal rules should be applied in disputes concerning patents subject to a F/RAND commitment that are essential to standards…, and that injunctions and other exclusionary remedies should not be available in actions for infringement of standards-essential patents.”  A footnote to this statement goes a step further and adds the following: “The 2013 policy statement may also have been misinterpreted to suggest that antitrust law is applicable to F/RAND disputes. Although the U.S. International Trade Commission may consider ‘competitive conditions in the United States economy’ as part of its public interest analysis, see, e.g., 19 U.S.C. § 1337(d)(1), that does not signify that F/RAND licensing disputes raise antitrust concerns.”

After formally withdrawing the 2013 Policy Statement, the 2019 Policy Statement says that the USPTO and the DOJ, together with National Institute of Standards and Technology (NIST) “clarify that, in their view, a patent owner’s F/RAND commitment is a relevant factor in determining appropriate remedies, but need not act as a bar to any particular remedy”, adding that “the general framework for deciding these issues remains the same as in other patent cases.”  A footnote in the same passage references both hold-out and hold-up and, with respect to the former, notes that hold-out can happen “where an infringer unilaterally refuses a FRAND royalty or unreasonably delays negotiations to the same effect”, which is understandable. With respect to hold-up the 2019 Policy quotes Ericsson v. D-Link as “explaining that hold-up may exist ‘when the holder of a SEP demands excessive royalties after companies are locked into using a standard.’” Like the 2013 Policy Statement, however, this footnote does not explain how hold-up actually occurs, i.e. how does merely demanding excessive royalties negatively impact an implementer that is already using the technology and that is entitled to a full hearing before any injunction would ever be put in place?

The 2019 Statement goes on to say that “[t]he rejection of a special set of legal rules that limit remedies for infringement of standards-essential patents subject to a F/RAND commitment is also consistent with the holdings of the U.S. courts to date”, and points to the Court of Appeal for the Federal Circuit’s (CAFC) decision in Apple Inc. v. Motorola which held “[t]o the extent that [a] . . . district court applied a per se rule that injunctions are unavailable for SEPs, it erred” and that patents subject to licensing commitments are to an analyzed under the eBay framework like all others.

Most refreshingly, in addition to “the individual circumstances” of any negotiation, the 2019 Policy Statement states that “the particular F/RAND commitment made by a patent owner” and “the SDO’s intellectual property policies … may be relevant in determining remedies for infringing a standards-essential patent, depending on the circumstances of each case”. Similarly, regarding the ITC, the 2019 Policy Statement says that the Commission “should continue to consider all relevant facts, including… 19 U.S.C. § 1337” (i.e. the governing statutory language). All sarcasm aside, the failure to consider any specific contractual language and governing law relating thereto is one of the main shortcomings of the 2021 Draft Policy Statement.

In Part II, we will consider the language of the specific licensing commitment made to ETSI and various legal pronouncements that have been made in relation thereto—for much has changed since 2013.

Comments on the 2021 Draft Policy Statement are due by February 4, 2021 and can be submitted here.