Director Iancu, and his successors, now have the power to truly create uniform, all-Office policy that will not only need to be followed by patent examiners, but must also be followed by the PTAB. 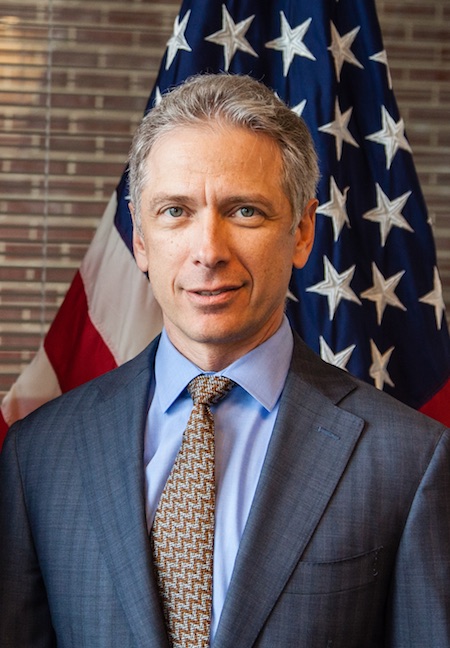 The issue of uniformity within the United States Patent and Trademark Office (USPTO), and having the Patent Trial and Appeal Board (PTAB) follow Office guidance, was raised by Bernie Knight, former General Counsel at the USPTO and current PPAC member, at the last Patent Public Advisory Committee meeting in August. Director Iancu answered Knight with a smile: “Let me just state the obvious: We are one agency.” At that time I wrote: “[I]f Director Iancu can truly get the USPTO to operate as one agency on the same page that would be a tremendous legacy.” It would appear that USPTO Director Iancu has come up with a process to deliver on his often stated desire for uniformity, predictability, and for the Office to be united — including the PTAB.

Earlier today the USPTO announced the substantial revision of Standard Operating Procedures (“SOPs”) for the paneling of matters before the PTAB (SOP1) and precedential and informative decisions (SOP2). The revisions deliver upon the repeated promises of USPTO Director Andrei Iancu to increase transparency, predictability, and reliability across the USPTO. These new SOPs update the procedures based upon feedback the Office received from stakeholders, courts, legislators, and six years of experience with AIA trial proceedings.

These new SOPs are a major change to how PTAB panels will be comprised, and how precedential opinions will be designated. Given Director Iancu’s speeches, actions and apparent desire to have a more patent owner and innovator friendly Patent Office, these revisions will likely be game changing.

Revised SOP1 explains the new procedures for panel assignment and for informing parties regarding panel changes. It also explains the process for designating panels with more than three judges, and notes that such panels should be rare and will only occur with the approval of the Director. “An expanded panel is not favored and ordinarily will not be used.” SOP1(III)(M).

SOP1 also puts an end to the practice of expanding PTAB panels without notice to the parties or the public, what we have referred to as phantom expanded panels.  SOP1(III)(M)(7)(a) reads:

Further, SOP1 also addresses the random changing of panels after the entry of a decision. SOP1(III)(M)(8) reads:

SOP1(III)(B) also addresses the important issue of conflicts of interest. Over the last six years there have been instances when Administrative Patent Judges (APJs) of the PTAB have decided cases dealing with former litigation clients, which for a lawyer would present an unimaginable conflict of interest that would lead to disciplinary sanctions. The PTAB does not, however, have any specific Code of Conduct that applies to APJs that is akin to the Judicial Code of Conduct that applies to federal judges. Of course, APJs on the PTAB are lawyers and as such are not absolved of their ethical obligations as lawyers. Unfortunately, that did not prevent one APJ from hearing and deciding 25 post grant challenges where his former litigation client was the petitioner.

SOP1(III)(B) instructs APJs on the PTAB to avoid conflict of interest. This is accomplished by requiring each APJ to provide a full list of conflicts, requiring that conflicts list to be updated as necessary, and preventing the paneling of an APJ “on any case having a conflict.” Of course, the ultimate responsibility is with the APJ. “Each judge is responsible ultimately for avoiding a conflict, and informing the designee(s) that re-paneling may be needed upon becoming aware of a conflict in a particular case.” SOP1(III)(B)(4).

SOP1(III)(L) also addresses the issue of panel changes after a panel has appeared and taken jurisdiction of a case, which has become a concerning issue in several cases. “For all proceedings in which the panel has appeared (e.g., in a decision or hearing), panel changes are disfavored.” SOP1(III)(L)(3). The rules do, however, take into account the necessity for recusal should a conflict become apparent, gives the PTAB the authority to reassign APJs to meet deadlines, and recognizes that judges may be unavailable for a variety of reasons including maternity leave, paternity leave, sick leave, or retirement. SOP1(III)(L)(1).

SOP1 also requires the panel assigned  to explain why one judge has been changed in the event a change must be made. SOP1 (L)(4)(a). This simple procedure is customary in virtually every court in the country, but has not previously been the practice of the PTAB. Explaining the absence or change with a footnote only increases transparency and is in keeping with legal norms. It will also prevent conspiracy theories and questions, and is a substantial but easy step toward greater transparency.

SOP2: Bringing Uniformity to the USPTO

Revised SOP2 creates a Precedential Opinion Panel (POP), typically comprising the Director, the Commissioner for Patents, and the Chief Judge of the PTAB. The POP will serve two primary functions: (1) it may be convened to rehear matters in pending trials and appeals, for example on issues of exceptional importance; and (2) it may assist the Director in determining whether a decision previously issued by the PTAB should be designated as precedential or informative. It is expected that the POP and the procedures described in revised SOP2 will, in most cases, replace the prior practice of expanded paneling under SOP1, with a process that is more transparent and predictable. It is also expected that revised SOP2 will result in more decisions being designated as precedential.

SOP2 also directly and in no ambiguous terms says: “No decision will be designated or de-designated as precedential or informative without the approval of the Director.”

SOP2(II)(B) addresses the composition of the Precedential Opinion Panel:

SOP2 also includes procedures for making routine panel decisions precedential. An Executive Judges Committee consisting of five members will make recommendations to the Director with respect to which decisions should become precedential (i.e., binding on all APJs and panels) or informative (i.e., decisions that set forth norms that should be followed in most cases absent justification). This Executive Judges Committee will include the Chief Judge, the Deputy Chief Judge and the Operational Vice Chief Judge, in order of seniority and based on availability. “If the Director determines that the decision or portion thereof should be designated as precedential or informative, the Director will notify the Chief Judge.” SOP2(II)(C).

The buck will now stop with the Director insofar as matters of the PTAB are concerned. Director Iancu, and his successors, now have the power to truly create uniform, all-Office policy that will not only need to be followed by patent examiners, but must also be followed by the PTAB. The Director has the power to pick which decisions are precedential and will have binding effect on the PTAB. This will force the PTAB to follow Office rules, regulations, and perhaps most importantly Office interpretations of the law, rules and regulations.

These changes are extremely positive and should bring much needed sanity and structure to the PTAB.

Updated: September 20, 2018 at 2:37 PM (The last paragraph under the heading SOP1: Assigning PTAB Panels was mistaken and has since been replaced with the paragraph beginning with SOP1 also requires…)