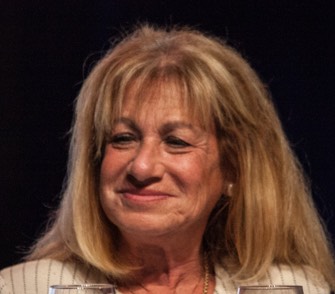 Earlier today the United States Court of Appeals for the Federal Circuit issued a decision in Rapid Litigation Management LTD v. Cellzdirect, Inc., which arrived to the Federal Circuit on appeal from the United States District Court for the Northern District of Illinois. The patent owner appealed the decision of the district court, which concluded on summary judgment that claims of U.S. Patent No. 7,604,929 were ineligible because they were directed to a law of nature. The Federal Circuit, with Chief Judge Prost writing for the majority, joined by Judge Moore and Judge Stoll, vacated and remanded the case after ruling that the ‘929 patent claims are not directed to a patent-ineligible concept.

“This is very heartening since the Supreme Court denied cert in Sequenom,” said Bob Stoll, former Commissioner for Patents at the United States Patent and Trademark Office and current partner at Drinker Biddle in Washington, DC. “It is great to see the CAFC apply the Supreme Court decisions more narrowly, as intended by that Court, and provide some relief to innovators that will help them to attract funding to develop their inventions.”

I couldn’t agree more! This decision could well mark a significant turning point and give real relief to innovators in the life sciences arena. Up until now the Federal Circuit has seemed reluctant to narrowly read the Supreme Court’s recent precedent in Mayo v. Prometheus and AMP v. Myriad Genetics. It is difficult to know exactly why that has been the case, but one strong possibility is that the Federal Circuit was looking to the Supreme Court to narrow the overly broad and unnecessarily expansive language that they used in Mayo and Myriad.

In fact, Judge Dyk, who has been on the wing of the Federal Circuit much more likely to find patent claims to be ineligible shared concerns of the other Judges writing in Sequenom that the Supreme Court’s test in Mayo was too restrictive. Dyk concluded, however, that it was for the Supreme Court, not the Federal Circuit, to set the record straight. See CAFC denies Sequenom en banc petition.

With the Supreme Court recently denying certiorari in Sequenom, perhaps at least some of the Judges on the Federal Circuit believe enough is enough and it is time for them to start to apply their own independent judgment and not blindly follow the extraordinarily overbroad language of the Supreme Court that has led to truly bizarre rulings on patent eligibility in the life sciences sector – where groundbreaking innovations have been ruled patent ineligible despite everyone agreeing the innovation was of extreme importance.

Hepatocytes are a type of liver cell that have a number of attributes useful for testing, diagnostic, and treatment purposes. Prior to the invention of the ’929 patent, scientists developed “cryopreservation” techniques to preserve hepatocytes for later use. These methods generally comprised freezing hepatocytes at frigid temperatures; then, when needed, thawing them and recovering the viable cells using density gradient fractionation.

The inventors of the ’929 patent discovered that some fraction of hepatocytes are capable of surviving multiple freeze-thaw cycles. As inventor Dr. Hardy testified, “initially we just proved that you could twice freeze the cells and still have viable cells… [T]he unexpected outcome was that cells twice frozen behaved like cells that were once frozen.”

Armed with this discovery, the inventors developed an improved process of preserving hepatocytes, claimed in the ’929 patent. In general, the improved process comprises: (A) subjecting previously frozen and thawed cells to density gradient fractionation to separate viable cells from non-viable ones; (B) recovering the viable cells; and (C) refreezing the viable cells. The claims specify that the resulting hepatocyte preparation can be thawed and used immediately, exhibiting 70% viability after the second thaw.

The district court explained that the claims are directed to a “natural law,” namely the cells’ capability of surviving multiple freeze-thaw cycles and, therefore, not patent eligible. The Federal Circuit disagreed because the claims are not directed to the ability of hepatocytes to survive multiple freeze-thaw cycles, but rather, the claims of the ’929 patent are directed to a new and useful laboratory technique for preserving hepatocytes. In other words, the inventors employed their natural discovery to create a new and improved way of preserving hepatocyte cells for later use.

The Federal Circuit explained that the proper analysis requires the first inquiry to be whether the claims are directed to a patent ineligible concept. If the answer is no, the inquiry is over and the claim is patent eligible. In this case, the Federal Circuit found that the claims were not directed to a patent ineligible concept and, therefore, the 101 inquiry ended with a finding that the claims were patent eligible.

Notwithstanding, the Federal Circuit went on to say that even if they were to agree that the claims were directed to a patent ineligible concept the claims would still be patent eligible under the second step, which asks whether, considered both individually and as an ordered combination, the additional elements transform the nature of the claim into a patent eligible application. In order to be patent eligible under step two more than well-understood, routine, conventional activity already engaged in by the scientific community is required in order to transform the claim into something significantly more than a patent upon the concept itself.

Prost explained that the claims covered an invention that provided a significant improvement for a variety of reasons, and also because the discovery was used to achieve a new and useful preservation process. The Federal Circuit also pointed out that while the individual steps of freezing and thawing were well known, the repeated steps of freezing and thawing where far from routine and conventional. In fact, the Court pointed out that the prior art taught away from multiple freezing and thawing steps, which was believed to severely damage the hepatocyte cells and result in lower cell viability. Thus, with the prevailing wisdom being that hepatocyte cells could only be frozen and thawed once there was nothing well-understood, routine or convention about multiple freezing and thawing cycles.

First, the Court explained, “patent-eligibility does not turn on ease of execution or obviousness of application. Those are questions that are examined under separate provisions of the Patent Act.” Interestingly, the Court cited Mayo for that proposition, which is really a stretch. Mayo purposefully conflates novelty and obviousness with patent eligibility and turns the patentability inquiry into a nearly one-inquiry test for software and life science related innovations. This statement by Chief Justice Prost is an important one that seems to signal that the Federal Circuit may be ready to apply the Statute rather and allow the different sections of the Patent Act to do the work for which they were designed, as required by the Supreme Court in Diamond v. Diehr, and ignore the purposeful conflation foisted upon the industry by the Supreme Court in Mayo.

Second, the Federal Circuit explained that pre-emption is no longer the test for determining patent eligibility, but that pre-emption concerns are certainly a key concern of 101 jurisprudence. In this case the defendant has already been able to engineer around the patent, which would suggest that pre-emption concerns are simply not at play. The Federal Circuit used the fact that the defendant had already engineered around as further proof that the conclusion that the claims are patent eligible is, in fact, the correct conclusion.