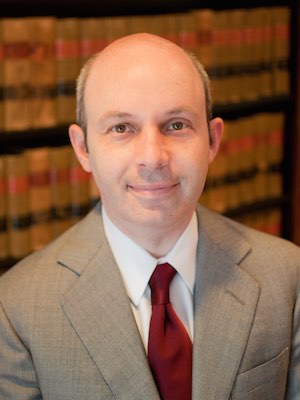 Yesterday, in a per curiam decision with only Judge Newman dissenting, the United States Court of Appeals for the Federal Circuit denied the Sequenom petition for rehearing en banc. See Ariosa Diagnostics, Inv. v. Sequenom, Inc. Sequenom, the patent holder, had already hired Thomas Goldstein, the founder of SCOTUS blog and renowned Supreme Court advocate, as a part of their appellate team. The case will now undoubtedly move to the Supreme Court. We can only hope the Supreme Court will take the case and once and for all decide whether they intended for all genomic innovations, no matter how revolutionary, to be patent ineligible.

If you look quickly at the per curiam decision you might mistakenly believe that there is a unanimity of thought at the Federal Circuit on the issue of patent eligibility. After all, the case was denied en banc rehearing. There were also three separate written opinions, two concurring with the denial and only Judge Newman dissenting. In truth, if you take the time to read the opinions you realize that all four of the Judges who signed opinions believe the Supreme Court is wrong on patent eligibility. Given Judge Linn’s concurring opinion at the panel level we can safely conclude that he too believes the Supreme Court is wrong as well.

Let us take a step back and start the story from the beginning.

In response to letters threatening claims of infringement, Ariosa Diagnostics, Inc., Natera, Inc. and Diagnostics Center, Inc. each filed separate declaratory judgment actions from December 2011 through early 2012 against Sequenom alleging that they did not infringe the U.S. Patent No. 6,258,540, which claims certain methods of using cell-free fetal DNA (“cffDNA”). Sequenom counterclaimed alleging infringement in each case. The district court related the three actions for pretrial purposes.

Ultimately, the Federal Circuit concluded that the discovery in question was “a significant contribution to the medical field,” but that did not matter insofar are patent eligibility is concerned.

The inquiry does not end here, however, because the claims at issue are drawn to naturally occurring phenomena, it is necessary under the Supreme Court’s so-called Mayo framework to ask a second question – whether the elements of the claim contain sufficient inventive conception to transform the claimed naturally occurring phenomenon into a patent eligible invention. The Federal Circuit concluded that the claims did not satisfy this second prong of Mayo.

The method at issue here amounts to a general instruction to doctors to apply routine, conventional techniques when seeking to detect cffDNA. Because the method steps were well-understood, conventional and routine, the method of detecting paternally inherited cffDNA is not new and useful.

Of course, this conclusion is the perfect illustration as to why Supreme Court jurisprudence on patent eligibility is objectively wrong. Judge Reyna openly conflates novelty and utility with patent eligibility. Indeed, the Supreme Court decision in Mayo v. Prometheus practically demands conflating the various parts of the statute. In Mayo the Supreme Court explicitly acknowledged that the claims in question did not cover a naturally occurring phenomenon, but rather that the added steps were conventional. Writing for the unanimous majority Justice Breyer wrote that the Court declined the invitation of the Solicitor General to analyze the claims under 102, 103 and 112, finding patent eligibility under 101 to be the better analysis. For more analysis see Killing Industry: Supreme Court Blows Mayo.

Of course that is nonsense. Driving the entire analysis into a patent eligibility context makes the analysis easier and in a litigation context means no discovery is required, but convenience does not make it the right conclusion. It is also the height of intellectual dishonesty to claim that 101 is the better place to handle the addition of conventional steps. The Supreme Court continues to cling to the fantasy that they have not overruled prior decisions, but numerous prior decisions of the Court had always cautioned lower courts against conflating different parts of the statute. In Diamond v. Diehr the Supreme Court specifically and unambiguously ruled that novelty is a separate and distinct issue from patent eligibility under the statute. Whether the addition of conventional steps renders a claim patentable is undeniably a question of novelty, so the Supreme Court either ignored Diehr or overruled Diehr. Sadly, the Court chose to operate under the impossible fiction, namely that Diehr was followed and remains good law.

Judge Linn wrote a separate concurring opinion concluding that given the unnecessarily sweeping language of the Supreme Court’s decision in Mayo he was constrained to agree that the patent claims at issue were ineligible. Judge Linn explained that the Supreme Court lumped all post-solution conventional activity together as if it necessarily had to be qualitatively the same.

The Supreme Court’s blanket dismissal of conventional post-solution steps leaves no room to distinguish Mayo from this case, even though here no one was amplifying and detecting paternally-inherited cffDNA using the plasma or serum of pregnant mothers. Indeed, the maternal plasma used to be “routinely discarded,” because, as Dr. Evans testified, “nobody thought that fetal cell-free DNA would be present.”

After the brief per curiam decision, several written opinions followed. First, Judge Lourie, who was joined by Judge Moore, wrote that while the claims at issue may be susceptible to challenge for being too broad or indefinite, “they should not be patent-ineligible on the ground that they set forth natural laws or are abstractions.”

Lourie would go on to conclude:

In sum, it is unsound to have a rule that takes inventions of this nature out of the realm of patent-eligibility on grounds that they only claim a natural phenomenon plus conventional steps, or that they claim abstract concepts. But I agree that the panel did not err in its conclusion that under Supreme Court precedent it had no option other than to affirm the district court.

Even Judge Dyk, who is more skeptical of patents than most of the other judges on the Federal Circuit, thinks the Supreme Court went too far in Mayo.

After explaining that he believes that the Mayo and Alice framework is necessary to purge the system from improvidently issued, “highly anticompetitive patents without the need for protected and expensive litigation,” Judge Dyk explained that he shares the concern of some of the other judges on the Federal Circuit who think Mayo is too restrictive. Dyk wrote:

I share the concerns of some of my colleagues that a too restrictive test for patent eligibility under 35 U.S.C. § 101 with respect to laws of nature (reflected in some of the language in Mayo) may discourage development and disclosure of new diagnostic and therapeutic methods in the life sciences, which are often driven by discovery of new natural laws and phenomena. This leads me to think that some further illumination as to the scope of Mayo would be beneficial in one limited aspect. At the same time I think that we are bound by the language of Mayo, and any further guidance must come from the Supreme Court, not this court.

Precedent does not require that all discoveries of natural phenomena or their application in new ways or for new uses are ineligible for patenting… The new diagnostic method here is novel and unforeseen, and is of profound public benefit… The panel’s decision to withhold access to patenting, now endorsed by the en banc court’s refusal to rehear the case, is devoid of support.

Judge Newman also went on to remind us all that patenting “facilitate[s] the public benefit of provision of this method through medical diagnostic commerce, rather than remaining a laboratory curiosity.”

It is unbelievable that the Federal Circuit could recognize that discovery is a significant contribution to the medical field but still not patentable. Such a narrow-minded view is in keeping with Supreme Court precedent, specifically Myriad, but does quite literally ignore the explicit terms of the statute – 35 U.S.C. 101 – which says that discoveries are patent eligible. But that is the state of patent eligibility in the United States.

The law of patent eligibility is created by the nine least qualified people to make such a determination; the Justices of Supreme Court of the United States. The Supreme Court arbitrarily chooses which of its own prior decisions to follow and ignore, refuses to read and enforce the laws passed by Congress even when the statue is but a single sentence (as is 101), and they openly legislates from the bench by creating judicial exceptions to patent eligibility where no such statutory prerogative exists.

It seems that collectively America has forgotten the purpose of patenting. The Supreme Court is driving ever more innovation to become nothing more than a laboratory curiosity, as Judge Newman aptly explains. Save a few well-intentioned Members, Congress seems wholly incapable of understanding the issue, or its importance. If the Federal Circuit will not step up and do the right thing and limit the lawless Mayo decision, which instructs lower courts to ignore the patent statute and drive 100% of the analysis into 101, the U.S. will forfeit our lead in the biotechnology and medical device industries. That will be bad for the economy, but far worse for public health.