When It Comes To Patents, John Oliver Takes The Easy Way Out 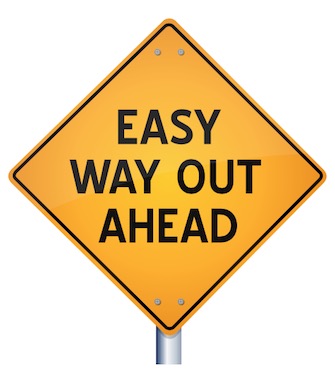 This past Sunday, John Oliver — host of HBO’s “Tonight With John Oliver” — took up the issue of patent trolls. Bravo to Mr. Oliver for bringing the subject of patents — which should be getting a lot more attention than it does — to his vast audience. But unfortunately, instead of using his platform to inform an important demographic about the complexities of intellectual property, Mr. Oliver took the easy way out, telling an outdated story in an attempt to influence public opinion.

If you are an innovator, entrepreneur, or consider yourself well-informed on today’s issues, you owe it to yourself to look past the easy laughs and understand the real state of today’s patent system. Because then, no matter your ultimate position on patents or the need for patent reform, at least you will know the whole story.

Yes, There Was a Big Problem In The Patent World

You don’t need a Wharton degree to see why patents are important. You need only do as Mr. Oliver suggests and watch the popular ABC series “Shark Tank.” Because as anyone who regularly watches the show knows, whenever a company that manufactures or sells a product asks for an investment, the first question they are always asked by the Sharks is the same — “Do you have a patent for that?” And inevitably, not having patent protection means no investment. Why? Because the investors need to know that the company has the ability to protect its products, as well as their investment. Patents provide those assurances.

But here’s the rub: patents give their owners the right to exclude others from doing things. And for many years — given the boom in internet-based businesses, the patent office improperly granting many broad software patents and the astronomical cost of defending a patent suit — much damage was indeed been done by patent trolls that took advantage of the situation by suing as many entities as they could, to extract settlements lower than the cost of defense.

As a former partner at a major international law firm practicing patent litigation, I have seen the damage that unscrupulous patent trolls can cause, and how easy it was to demand high settlement payments from defendants whose only option for defense was a $3-5 million litigation. And this is what happened, again and again.

But that is not the world we live in today. It’s just unfortunate that Mr. Oliver, who is clearly seeking to influence public opinion on the issue, left so much out.

As we all know, businesses that get sued a lot are not going to sit there quietly and take it. They are going to pick up the phone and tell Congress that things need to change. And when it comes to patents, oh have things changed. To begin, Congress passed the America Invents Act (“AIA”), a patent reform bill designed to curb patent troll litigation abuse that has made it significant easier and much, much cheaper for defendants sued in district court to invalidate a patent. Again, very important but omitted from Mr. Oliver’s story. Mr. Oliver tells us that companies faced with a patent troll letter generally settle because the only other option is patent litigation that will cost upwards of $5 million. Perhaps that was true two years ago, but not anymore. Not only has one of the AIA’s coveted new proceedings allowed defendants to invalidate patents in record numbers, it only costs a small fraction of district court litigation.

Mr. Oliver also rails against the damage being caused by patent trolls aggressively asserting overly broad software patents that shouldn’t have been granted in the first place. But again, very true two years ago, not so much today. Although omitted from his story, the Supreme Court issued a much-anticipated decision regarding software patents in the summer of 2014, known as Alice v. CLS Bank Int’l. While the Supreme Court didn’t put an outright ban on software patents, it’s ruling decimated a large swath of software patents in the U.S., particularly the overly broad business method patents that used to be a favorite of patent trolls. Add to that additional Supreme Court decisions making it significantly easier to invalidate vague patents, and for defendants to recover attorneys’ fees from losing patent trolls, and you start to see a different picture than the one Mr. Oliver paints.

Large verdicts for patent trolls are also a thing of the past. While juries do still occasionally award such verdicts, the reality is that the Court of Appeals in charge of patent cases throws these verdicts out time and time again. Just ask Vringo.

And let’s not forget about state attorney generals or the FTC, which are generally against bad actor patent trolls. The NPE that extorted small businesses into paying licensing fees for using scanners, which John Oliver highlights in his story, heard pretty loudly from the FTC and the NY Attorney General. But Mr. Oliver left that out as well.

The Story Mr. Oliver Should Have Told

Indeed, if Mr. Oliver wanted to tell the real story of today’s patent world, he would have had plenty of good material. Instead of relying on litigation statistics from 2012, for instance, he could have explained how current patent reform, in making it so much easier and significantly cheaper for defendants to win patent cases, has already caused litigation filings to drop markedly in 2014. After all, no one likes losing money, least of all NPEs.

Mr. Oliver could have also told the wonderfully ironic story of the new creature in today’s patent world: the patent ogre! That story goes as follows. Recognizing that recent reforms gave them the strong strategic and financial upper hand in litigation, many very large companies privately tell would-be licensees that they must bring a lawsuit to have any potential for a license. At the same time, these very same entities publicly decry how often they are sued because they know public sympathy can only lead to more advantageous reform.

And perhaps the greatest irony of all, which would have made great material for Mr. Oliver, is that the current reform has made it so financially and legally difficult for all but the best-financed companies to protect patent rights, that patent trolls are now more necessary than ever. Because in a world where patent deals are only done in the courtroom, and not the boardroom, patent trolls, with their deep pockets and litigation focused business models, are now often the only way companies or inventors can protect their patent rights. Again, the ironies are apparent.

At the end of Mr. Oliver’s admittedly humorous diatribe, we learn his real motivation: passage of the Innovation Act (HR 9) — the patent reform bill currently pending in the House that would no doubt benefit Mr. Oliver’s employers.

But even here, Mr. Oliver strongly misses the mark. It is not trial lawyers who are blocking the Innovation Act, as Mr. Oliver claims. Rather, it is a large swath of the technology community — from universities, to technology companies, to small businesses, to professors, and even venture capitalists — who understand that many innovators are now at a breaking point when it comes to patent rights and that the potential for further unintended consequences via additional reform is just too great.

So, in the end, no matter what side of the patent debate you are on, let’s remember that our patent system is a vastly complex, finely tuned equilibrium. While market realities require adjustments from time to time, going too far in either direction will cause devastating consequences for large swaths of businesses. Right now, the market remains anti-patent in many respects, to the disadvantage of those companies dependent on strong intellectual rights to bring in investment for a new technology or protect that technology from being copied by those with the easy means to do so. While it makes sense to continue weeding out bad actors and deceptive demand letters, reforms must be carefully tailored. Because going much further in the anti-patent direction will be no laughing matter.