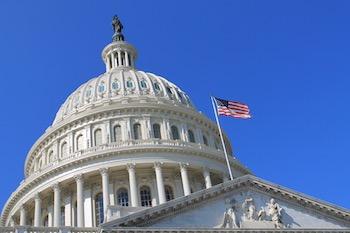 Senators Chris Coons (D-DE), Dick Durbin (D-IL) and Mazie Hirono (D-HI) have submitted alternative patent reform legislation. The Support Technology and Research for Our Nations Growth Patents Act, or STRONG Patents Act, is supported by the Biotechnology Industry Organization (BIO), the Innovation Alliance and at least several major university groups, including the Association of American Universities and the Association of Public and Land-grant Universities.

While there is much to digest, based on my first reading of the proposed legislation it appears that this legislation is clearly and overwhelmingly favorable to innovators and patent owners. This legislation stands in stark contrast with the Innovation Act submitted in the House by Congressman Bob Goodlatte (R-VA) and shows a very different, alternative vision for the patent system.

(1) Require that patent claims challenged in post grant administrative proceedings at the Patent Trial and Appeal Board be construed as they would in litigation in Federal District Court, which would do away with the PTAB practice of interpreting claims based on the broadest reasonable interpretation.

(2) Require that patent claims challenged in post grant administrative proceedings be presumed valid, which would place the burden on the challenger to prove that claims are invalid.

(3) Prohibit PTAB members who decide to institute a post-grant review from hearing the case on the merits.

(4) Eliminate Form 18 of the Federal Rules of Civil Procedure, which would effectively do away with Congressional authorization to file non-informing complaints that merely allege infringement of a patent based on nebulous, vague assertions.

(5) Eliminate USPTO fee diversion and give the Office the ability to access and spend the fees it collects without regard to fiscal year limitations.

(6) Amend 35 U.S.C. 284 with respect to willful damages and specifically authorize district courts to award enhanced damages at their discretion if “by a preponderance of the evidence” the infringement was demonstrated to be “willful or in bad faith.”

(7) Add 35 U.S.C. 271(j), which applied to divided infringement, specifically saying “it shall not be a requirement that the steps of the patented process be practiced by a single entity.”

(8) Grant the Federal Trade Commission (FTC) greater ability to go after those who send fraudulent and/or misleading demand letters. These provisions are targeted at those who send communications in bad faith, but specifically provides an affirmative defense that would not capture omissions or mistakes made in good faith. Further, if the sender can demonstrate that they normally do not engage in bad faith communications that would be enough to demonstrate good faith, which should address the concerns of research and development companies and universities.

The Strong Patents Act also contains 13 statements labeled as findings of Congress. The pro-patent and pro-innovation findings are state:

(3) patent protection has led to patient cures, positive changes to the standard of living for all people in the United States, and improvements to the agricultural, telecommunications, and electronics industries, among others;

(4) the United States patent system is an essential part of the country’s economic success;

(5) strong patent protection improves the chances of success for small companies and increases their chances of securing financing from investors;

(7) intellectual property-intensive industries in the United States account for more than one-third of the country’s gross domestic product; and

(8) in the highly competitive global economy, the United States needs to uphold strong patent protections to maintain its position as the world’s premier innovative country;

(9) Congress last enacted comprehensive reforms of the patent system only a few years ago, in 2011;

(10) unintended consequences of the comprehensive 2011 reform of patent laws are continuing to become evident, including the strategic filing of post-grant review proceedings to depress stock prices and extort settlements;

(11) the Judicial Conference of the Unites States is in the process of making significant revisions to rules governing pleadings and discovery in the Federal Rules of Civil Procedure, with changes scheduled to take effect in December 2015;

(13) efforts by Congress to reform the patent system without careful scrutiny create a serious risk of making it more costly and difficult for legitimate innovators to protect their patents from infringement, thereby weakening United States companies and the United States economy.

What follows is the press release issued by Senator Coons that announces the introduction of the Strong Patents Act.

ARTICLE UPDATED Tuesday, March 3, 2015 at 11:57am. An earlier version of this article incorrectly identified Congressman Goodlatte as a Democrat.

WASHINGTON – U.S. Senators Chris Coons (D-Del.) and Dick Durbin (D-Ill.), members of the Senate Judiciary Committee, and Mazie Hirono (D-Hawaii), member of the Senate Committee on Small Business and Entrepreneurship, will introduce legislation on Tuesday morning to strengthen America’s patent system and target abusers. The STRONG Patents Act takes a series of focused, thoughtful steps to make the patent system work for individual inventors and research-intensive companies from every sector of the economy. It would make it harder for firms to be targeted with frivolous patent lawsuits, level the playing field between small inventors and large companies, and ensure the U.S. Patent and Trademark Office has the resources it needs to ensure patent quality.

“Invention has long been the foundation of our nation’s prosperity and global leadership,” Senator Coons said. “As our economy continues to grow and diversify, we need to ensure our patent system works for everyone, including inventors from all sectors of the economy. We must stay true to that part of the American Dream that says anyone with a great idea can change the world. The STRONG Patents Actincludes targeted thoughtful reforms to combat abuse where it’s prevalent while ensuring our rich innovation ecosystem remains vibrant. From advanced biofuels to the lifesaving cures that give people a reason for hope, patents have fueled the innovations that help us meet some of our biggest challenges. I look forward to working with my colleagues to strengthen America’s engine of innovation.”

“It’s time to move past the false premise that the only way to deter ‘patent troll’ abuses is to enact sweeping reforms that weaken patent protections for everyone,” Senator Durbin said. “For generations, our carefully crafted system of patent laws has helped America lead the world in innovation. Rather than fundamentally rewrite those laws – for the second time in 5 years – at the request of a few industries, we should instead seek to narrowly target and deter abusive troll behavior while preserving the ability of legitimate patent holders to protect their innovations.”

“America’s strong patent system drives innovation and fuels long-term economic growth,” Senator Hirono said. “I am proud to join Senator Coons and Senator Durbin in introducing the STRONG Patents Act – a bill that supports our innovators by restoring balance and improving quality in the patent process.  Small businesses and entrepreneurs form the backbone of Hawaii’s economy, and the STRONG Patents Act takes important steps to protect businesses harmed by abuses in patent litigation without unnecessarily burdening innovative start-ups and inventors.”

The STRONG Patents Act would strengthen our patent system and combat abuse by:

In a statement of support, the Association of American Universities said, “We thank Senator Coons for introducing the STRONG Patents Act of 2015. AAU supports this legislation because it targets the abusive practices of patent trolls through judicious, carefully calibrated measures that would not make it more difficult and costly for all patent holders to enforce their patents and thus diminish the overall strength of the U.S. patent system. Universities’ ability to move their discoveries to the private sector for the benefit of the public through technology transfer depends on a strong patent system. It is our hope that Congress will take up this legislation in the coming weeks.”

The Association of Public and Land-grant Universities said, “The STRONG Patents Act of 2015 is a straightforward bill that would effectively crack down on the abusive practices of so-called patent trolls without weakening the U.S. patent system. Universities rely on a strong patent system to ensure that research discoveries can be transitioned to private sector entities, which can scale-up and develop marketable products that improve quality of life and fuel the economy. This measure would help ensure the strength of this technology transfer process, which significantly contributes to our nation’s leadership in science and technology.”

Biotechnology Industry Organization (BIO) President and CEO Jim Greenwood said, “BIO supports balanced reforms to reduce abusive patent practices, while maintaining the strong incentives necessary to sustain our nation’s global leadership in biotechnology innovation and the creation of high-wage, high-value jobs throughout our country.  The STRONG Patents Act of 2015 achieves this critical balance. I commend Senator Coons for his leadership in drafting legislation that cracks down on false or deceptive patent demand letters, re-balances post-grant proceedings to ensure fairness for patent owners and prevent growing abuses, eliminates diversion of PTO user fees and protects the rights of American entrepreneurial businesses. BIO supports the STRONG Patents Act of 2015 and will continue to advocate for passage of legislation to curbing abusive patent practices, while not undermining the ability of patent owners to defend their inventions and businesses against infringement.”

A copy of the full bill can be downloaded here: