“Insofar as specimens in Intent-to-Use applications need not be submitted for several years after a notice of allowance, [some] applicants are hoping that bills like the MORE Act or SAFE Banking Act will become law, thereby making the existing cannabis-related refusals to register obsolete.” 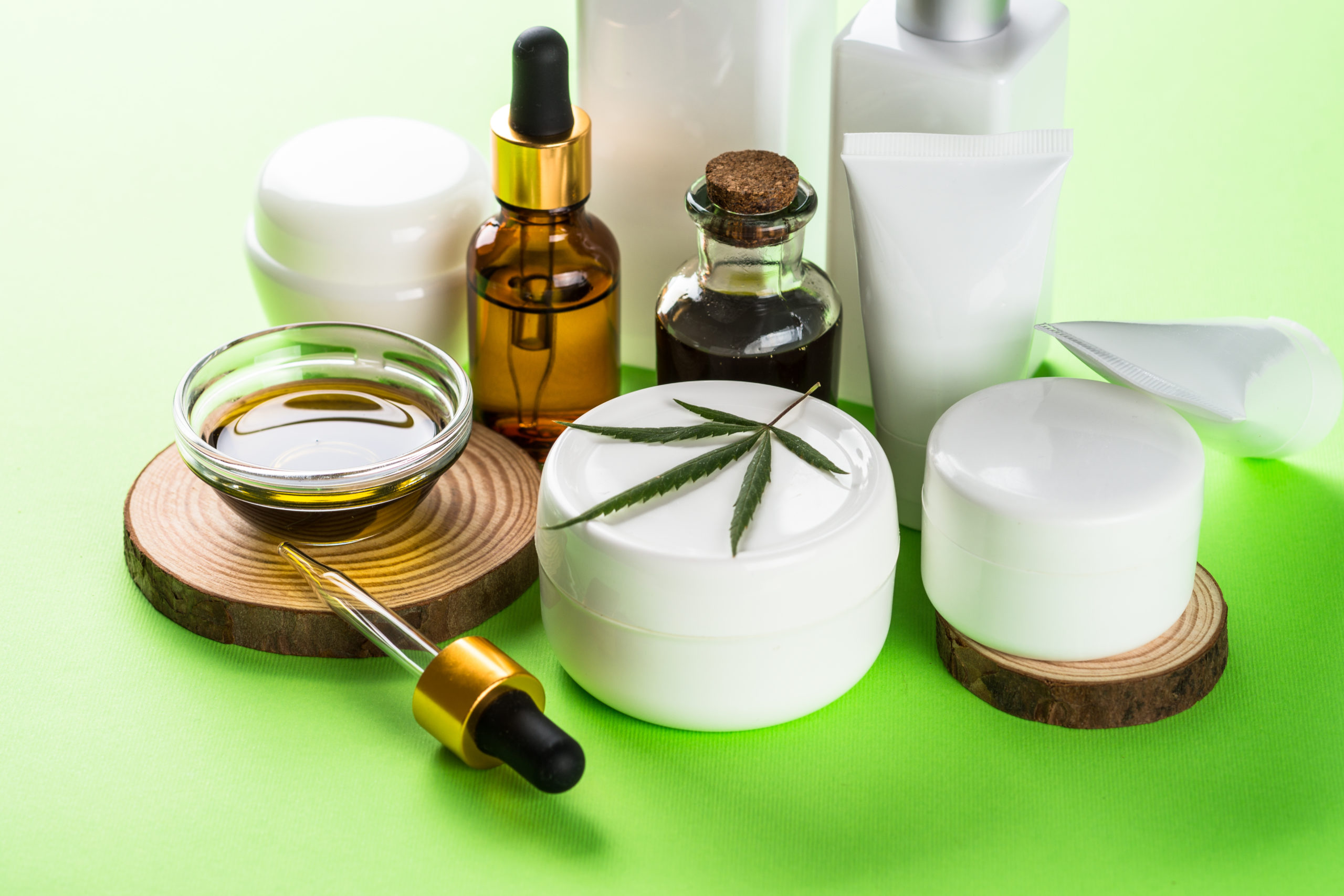 Despite efforts to legalize marijuana, cannabis remains unlawful under U.S. federal law. This means that it is not possible to obtain federal trademark registrations for marks used in connection with cannabis goods or services. Federal registrations for Cannabidiol (CBD) products or services are similarly very difficult to obtain.

The law on this topic is developing quickly. For those in this commercial space, it often feels as if the legal sands are shifting beneath their feet. Best practices for their brand protection can be difficult to navigate. The purpose of this article is to provide a brief overview of where the federal law currently stands and where it may be headed.

Federal Prohibitions on Cannabis and CBD – Where the Law Stands

Trademark Rule 2.69 (37 C.F.R. §2.69) states, “When the sale or transportation of any product for which registration of a trademark is sought is regulated under an Act of Congress, the Patent and Trademark Office may make appropriate inquiry as to compliance with such Act for the sole purpose of determining lawfulness of the commerce recited in the application.” So, the USPTO typically asks questions of applicants if there is any question as to whether a product or service is lawful under federal law.

The federal prohibition on cannabis and CBD falls under two Acts of Congress:  The Controlled Substances Act and the Food Drug and Cosmetic Act.

The Controlled Substances Act (CSA), 21 U.S.C. §§801 et seq., prohibits, among other things, manufacturing, distributing, dispensing, or possessing certain controlled substances, including marijuana. Cannabidiol (CBD) is a chemical constituent of the cannabis plant that is encompassed within the CSA’s definition of marijuana.

The 2018 Farm Bill changed this slightly. The Farm Bill Section 297A removed “hemp” from the CSA’s definition of marijuana. This means that cannabis plants and derivatives such as CBD that contain no more than 0.3% THC on a dry-weight basis are no longer controlled substances under the CSA. So such goods are not prohibited under the CSA, and use of a trademark in connection with such goods or services could be a valid use of the mark in commerce that could support rights under the Trademark Act.

But CBD that complies with the Farm Bill can still be prohibited under the Food, Drug, and Cosmetic Act, as discussed below.

The use in foods or dietary supplements of any drug or substance undergoing clinical investigations without approval of the U.S. Food and Drug Administration (FDA) violates the Federal Food, Drug, and Cosmetic Act (FDCA), 21 U.S.C. Chapter 9. The 2018 Farm Bill does not change this because it explicitly preserved the FDA’s authority under the FDCA to regulate products containing cannabis or cannabis-derived compounds.

CBD is an active ingredient in FDA-approved drugs and is a substance undergoing clinical investigations. Therefore, the USPTO refuses to register trademarks for foods, beverages, dietary supplements, or similar products containing CBD because such CBD (without FDA approval) is unlawful under the FDCA, even if it is derived from hemp and contains less than 0.3% THC on a dry-weight basis.

Pending Legislation – Where the Law May Be Headed:

Certain legislation has been designed to legalize marijuana, cannabis and CBD under federal law. The two most significant bills are: The Marijuana Opportunity Reinvestment and Expungement Act (The MORE Act), and the Secure and Fair Enforcement Banking Act (The SAFE Banking Act).

As discussed above, marijuana and cannabis are illegal under the CSA.

The MORE Act would decriminalize marijuana. Specifically, it would remove marijuana from the list of scheduled substances under the CSA, and it would eliminate criminal penalties for an individual who manufactures, distributes, or possesses marijuana. This would extend to CBD.

The MORE Act passed the U.S. House of Representatives. It is currently in the U.S. Senate Committee on Finance.

The SAFE Banking Act passed the U.S. House of Representatives. It is currently in the U.S. Senate Committee on Banking, Housing, and Urban Affairs.

Taken together, the MORE Act and the SAFE Banking Act would make marijuana, cannabis, and CBD legal in the U.S., and would allow for the registration of related trademarks under federal law.

When the USPTO examines a use-based trademark application, the examining attorneys will scrutinize the identification and specimens of use to see if they indicate that the identified goods or services are illegal under federal law. If the specimens of use indicate that the goods or services involve cannabis related activities, then registration will be refused.

This has led to some creativity.

In attempts to avoid such refusals, some applicants that are seeking to register trademarks related to cannabis related goods or services have submitted identifications in Intent-to-Use applications with qualifying language, such as, “…all goods compliant with federal law” or “…all the foregoing not including any goods noncompliant with U.S. federal law.”  This creative strategy is designed to avoid any need to disclose specimens of use to the examining attorneys, and to rely on an intention to only use the trademark in connection with legal goods or services. Insofar as specimens in Intent-to-Use applications need not be submitted for several years after a notice of allowance, these applicants are hoping that bills like the MORE Act or SAFE Banking Act will become law, thereby making the existing cannabis-related refusals to register obsolete.

But the USPTO is refusing to register many applications with such language. The USPTO Trademark Trial and Appeal Board (TTAB), which ultimately oversees the examination of trademark applications, has not yet opined on this practice. Several appeals are pending, but no decisions have issued. Applicants involved in such appeals are arguing that it is impermissible for a CSA or FDCA refusal to rely upon conjecture, extrapolation, speculation, or presumption.

On the other hand, at least two applications employing this strategy have matured to registration.

Application 88253721 for VERTICAL BOYZ matured into Registration 6694565, and Application 88253953 for LOOKS LIKE SUGAR SMELLS LIKE GAS matured into Registration 6694566. Both identify the services as “Business consulting services in the field of horticulture and construction design, all the foregoing not including any services noncompliant with U.S. federal law.”  The specimens of use show a plant – although the type is not specified: 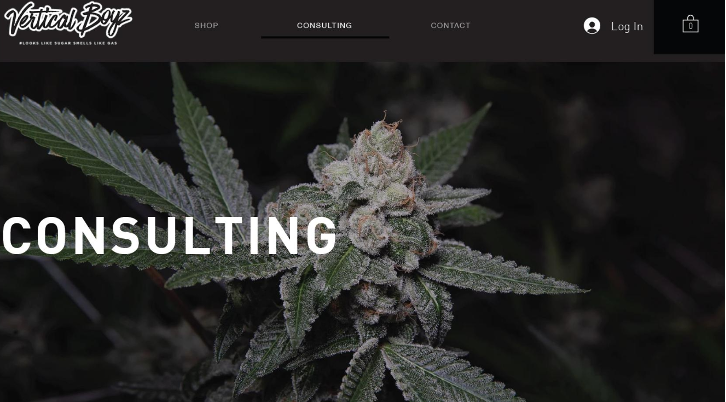 Given that the USPTO is refusing applications that incorporate such qualifying language, and insofar as the TTAB has not yet rendered a decision, applicants should adopt this strategy at their own risk.

Developments in Litigation – Guidance for Applicants and Registrants

The recent U.S. district court decision in BBK Tobacco & Foods LLP v. Central Coast Agriculture Incorporated, et al., No. 2:19-cv-05216 (07/19/2022) is worthy of note because of how it handled several issues related to cannabis products. This can provide some guidance to applicants and registrants in that commercial space, as they navigate the application and registration process.

Ultimately, the court found on summary judgment that no confusion between the trademarks of the parties would be likely because of the differences between the marks, absence of actual confusion, and low confusion rates shown by surveys.

But that does not tell the whole story. The plaintiff actually received favorable rulings in three key respects:

The plaintiff successfully voided four Intent-to-Use applications filed by the defendant for lack of bona fide intent to use the marks in U.S. commerce.

The defendant could not produce any evidence of its bona fide intention to use the subject trademarks in connection with the goods identified in four applications. The evidence produced during discovery only showed the defendant’s general interest in entering the hemp market at some unknown future date. But the evidence said nothing about dried herbs, candy, bakery products, essential oils, electronic cigarette liquid, or any other products identified in the challenged applications.

The court found that such isolated, generalized discussions do not demonstrate a bona fide intent to use the applied-for mark in connection with the identified goods. So, the defendant’s four challenged applications were declared void.

Plaintiff’s Registrations Not Cancelled for Fraud on the USPTO:

The defendants argued that the plaintiff knowingly and intentionally made false statements, and thereby committed fraud on the USPTO, by not disclosing during the application process that the rolling papers and other goods were used with cannabis.

But the court disagreed with the defendant.

The court ruled that the fact that the plaintiff’s products can also be used for unlawful purposes does not render its use-in-commerce statement false. Trademark registrants are not statutorily required to identify all existing or potential unlawful uses of products that also have legitimate and lawful uses. Moreover, the court stated that while misleading omissions can form the basis of a fraud claim, any omissions by the plaintiff in this situation were not misleading because the goods had lawful uses.

Plaintiff’s Registrations Not Cancelled for Unlawful Use – CSA Tobacco Exemption:

The defendant also sought to cancel the plaintiff’s trademark registrations, asserting that the goods were actually illegal “drug paraphernalia” that did not fit into a CSA exemption. But again, the court disagreed with the defendant.

Drug paraphernalia is defined in the CSA as any “equipment, product, or material of any kind which is primarily intended or designed for use” in conjunction with a controlled substance. 21 U.S.C. § 863(d). The CSA outlines several factors to be considered in determining whether an item constitutes drug paraphernalia, including “instructions, oral or written, provided with the item concerning its use,”  national and local advertising concerning its use,” “the manner in which the item is displayed for sale,” and “expert testimony concerning its use.” Id. § 863(e).

The CSA, however, exempts from the definition of drug paraphernalia “any item that, in the normal lawful course of business, is . . . traditionally intended for use with tobacco products, including any pipe, paper, or accessory.” Id. § 863(f)(2). This is commonly called the “tobacco exemption.”

In disagreeing with the defendant, the court relied on the Supreme Court decision in Posters ‘N’ Things, Ltd. v. United States, 511 U.S. 513 (1994), and ruled that the plaintiff’s rolling papers did fall within the tobacco exemption. The court concluded that the goods identified in the challenged registrations did fall within the tobacco exemption, because such goods were expressly exempted. The court recognized that the defendant’s evidence unmistakably showed that the plaintiff advertised such products for use with cannabis. But that evidence was simply irrelevant for purposes of the exemption.

In sum, these three rulings show certain aspects of what is permissible – and impermissible – when seeking to federally register trademarks in connection with cannabis goods and services. Owners of trademarks in that commercial space can adjust their application strategy accordingly.

Again, the law on this topic is developing quickly. It is expected that these topics will evolve as laws are passed and more decisions are issued. But for now, this summary can be used by owners of trademarks in the marijuana, cannabis, and CBD commercial space to “thread the needle” and focus their resources on best practices for their brand protection.