‘I Shall Be Released’: A Favorite Song Among SEP Implementers

Absent evidence a patent owner was not prepared to grant FRAND licenses, how then can the obligation to be prepared to grant licenses…be used by those who act without permission so as to compel releases? No other ‘licensing’ regime that we’re aware of works this way. 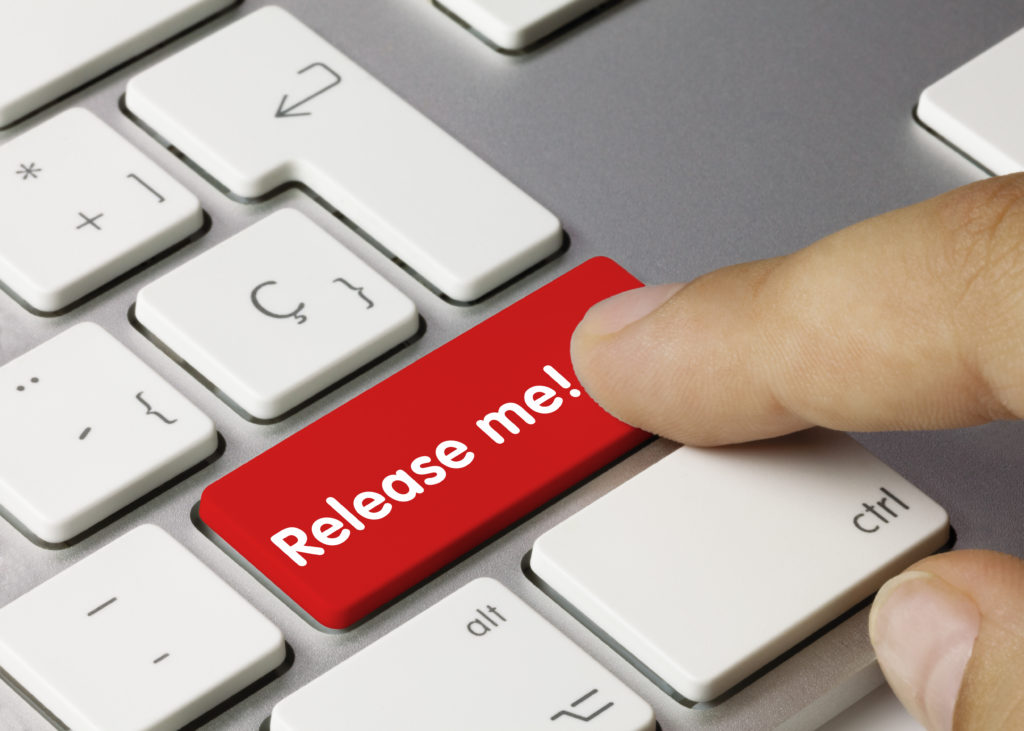 As we have previously explained, many implementers wish to require patent owners to establish (1) the need for licenses, and (2) that any terms offered are in fact fair, reasonable and non-discriminatory (FRAND), but without having to make any commitment to accepting FRAND licenses, and without ever losing entitlement to the same. With respect to the latter, recall, for example, Apple’s position it its case with PanOptis, namely that PanOptis had “no legal right under U.S. law to impose on Apple an obligation to negotiate a license to Plaintiffs’ portfolios of declared-essential patents or forfeit any defenses for failing to do so” (Apple Inc.’s Motion to Dismiss Count VIII for Lack of Subject Matter Jurisdiction, Optis Wireless Technology, LLC, Optis Cellular Technology, LLC, Unwired Planet, LLC, Unwired Planet International Limited, and PanOptis Patent Management, LLC v. Apple Inc., Civil Action No. 2:19-cv-00066-JRG (E.D. Texas, June 22, 2020)) [hereinafter Optis v. Apple]. Basically, such implementers want the option of capping their exposure at FRAND rates if ever found to infringe. We refer to this as an implementer wanting to have its FRAND cake and eat it too.

An example of this approach in action can be seen in Optis v. Apple wherein, after being found to have infringed, Apple had what Judge Rodney Gilstrap described as a “post-trial epiphany regarding the absence of FRAND evidence” and successfully sought a new trial on damages (see the Order regarding Apple’s Motion for New Trial). In another article we questioned how Apple managed to get a new trial on damages, on the basis that because “…the patents found to be infringed are FRAND-encumbered SEPs, any royalty awarded must be FRAND”, despite no FRAND related claims remaining in the case (for reasons explained here). The result was particularly perplexing when one considers that Apple carried the burden of proof regarding any FRAND based counterclaims or affirmative defenses, and not only had essentiality (a condition to any obligation to be prepared to license on FRAND terms and conditions) not been established, Apple, in fact, argued against the same. See for example, Apple Inc.’s Motion for Summary Judgment on Plaintiffs’ Claims of Pre-Suit Damages, wherein Apple argued that it was not notified of infringement for purposes of pre-suit damages based on licensing declarations made to the European Telecommunications Standards Institute (ETSI):

Notably, this position is inconsistent with Apple’s characterization of Optis’ patents as “declared-essential patents” for purposes of its argument regarding its entitlement to FRAND licenses (i.e. not forfeiting any defenses for failing to negotiate a license to Optis’ portfolios).

In any event, even if one assumed, arguendo, that FRAND was somehow at issue, and the patents were in fact essential, an unexercised contractual right of a third-party beneficiary is not a defense to patent infringement and, therefore, not relevant to damages. Further, we know from the United States Court of Appeals for the Fifth Circuit’s decision in HTC Corp. et al. v. Telefonaktiebolaget LM et al., case number 19-40643, that U.S. patent law and French contract law, the latter of which governs licensing commitments made to the ETSI, are two different things (as we wrote about here).

But even if one were to assume that the unexercised rights of third-party beneficiaries set forth in French contracts were somehow relevant to damages for infringement of a U.S. patent, what is the evidence of breach when it comes to prior unlicensed acts of infringement undertaken by an implementer who refused FRAND licenses (i.e. who held out and made the patent owner prove the need for a license)?

You Can Lead a Horse to Water…

Note that the declarant does not promise ETSI that they will grant irrevocable licenses. Rather, reflective of the fact that licenses cannot be imposed on others, one merely declares that they are “prepared to grant irrevocable licenses”. To establish a breach of this obligation would require, therefore, an implementer to show that the owner of a patent subject to a licensing declaration was not prepared to grant irrevocable licenses on FRAND terms and conditions. Presumably, the only way to do that would be for the implementer to show that it sought to obtain FRAND licenses and was refused (by way of analogy, you can’t very well argue someone was not prepared to shake hands if you never took your hand out of your pocket). But this is not the situation where an implementer holds out and fights against the need for licenses in the face of a patent owner that makes an unconditional offer to grant FRAND licenses (e.g. as decided by an arbitrator) or a specific offer that is FRAND (or at least not a breach of FRAND, to the extent there is a difference). Consistent with the scope of this obligation Judge Rodney Gilstrap has held that, “as a matter of French law, a member of ETSI who has submitted a licensing declaration pursuant to Clause 6.1 of ETSI’s Intellectual Property Rights (“IPR”) Policy satisfies its FRAND obligation by either (1) offering a license on FRAND terms and conditions, or (2) negotiating in good faith towards a FRAND license.” (see Memorandum Opinion and Final Judgment, HTC Corporation, HTC America Inc v. Telefonaktiebolaget LM Ericsson, Ericsson Inc, Case No: 6:18-CV-00243-JRG (E.D. Texas, May 22, 2019)) (emphasis added).

Perhaps the most important thing to recognize about the commitment made by patent owners to ETSI is that the commitment is with respect to granting licenses. According to Black’s Law Dictionary, a license is defined as follows (emphasis added):

“[t]he permission by competent authority to do an act which, without such permission, would be illegal, a trespass, a tort, or otherwise not allowable” (emphasis added). Another definition provides “Certificate or the document itself which gives permission. Leave to do thing which licensor could prevent” (emphasis added).

By way of contrast, a release is defined as follows (emphasis added):

“A writing or an oral statement manifesting an intention to discharge another from an existing or asserted duty. The relinquishment, concession, or giving up of a right, claim, or privilege, by the person in whom it exists or to whom it accrues, to the person against whom it might have been demanded or enforced. Abandonment of claim to party against whom it exists, and is a surrender of a cause of action and may be gratuitous or for consideration.”

What this means is that patent owners do not “license” acts of infringement that have already happened, but rather can only “release” infringers from existing rights, claims, etc. stemming from the infringement.

Absent evidence a patent owner was not prepared to grant FRAND licenses, how then can the obligation to be prepared to grant licenses (i.e. permission to commit future acts of infringement) be used by those who act without permission so as to compel releases? No other “licensing” regime that we’re aware of works this way. For example, while the price of a fishing license is $54 in California, the fine for fishing without a license is between $100 and $1,000 per offense (and between $250 and $1,000 if the second offense occurs within five years of the first). The penalty for driving without a license is even more severe—up to six months in jail if charged as a misdemeanor.

Even if a patent owner who had previously been prepared to grant FRAND licenses refused to do so after a finding infringement, that would still not have any bearing on acts taken by an implementer before permission was sought. Rather, the only damage resulting from such a refusal would be with respect to future royalties paid in excess of FRAND (which no implementer would ever voluntarily pay), or something along the lines of what Microsoft alleged in Microsoft Corp. v. Motorola, Inc., 795 F.3d 1024, 1040 (9th Cir. 2015) (i.e. damage resulting from the costs of defending against unwarranted injunctive actions or having to relocate a distribution facility due to the threat of injunctions).

As we previously wrote, the main problem with this convergence of damages for infringement and FRAND licensing rates is that it facilitates hold out. Why would anyone ever put money in a parking meter if the fine was no more than the original fee? Especially if they had a chance of getting away without paying at all, including by making it economically unfeasible for the fine to be enforced. Another problem with this convergence is that it overlooks the fact that licensing rates take into consideration the risks of not being able to show infringement and validity, which is not the case once such issues have been decided in court.

It has often been said that “it’s easier to ask for forgiveness than to get permission”. While it may be true if one is satisfied they can deliver a positive result by not following the rules (see Bill Barilko for example), this cannot be the case for licensing regimes where there is no possible upside for those whose permission is not sought (rather, the only benefit is to those avoiding the cost / requirements of the license).