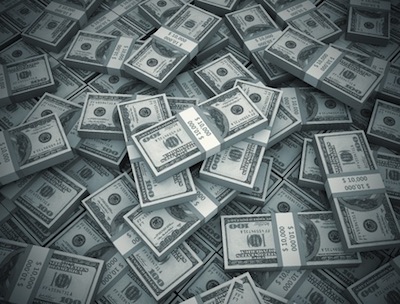 During a recent panel discussion at IP Watchdog’s SEP 2020 Conference, a question arose as to the difference, if any, between a reasonable royalty for infringement of a U.S. patent and a fair, reasonable and non-discriminatory (FRAND) rate for licensing standards essential patents (SEPs). The following discusses this question and highlights some recent related judicial developments.

Are FRAND and Reasonable Royalty the Same?

According to an article titled “The Effect of FRAND Commitments on Patent Remedies”, appearing in the Utah Law Faculty Scholarship (hereinafter “Contreas et al.”), “there appears to be nothing in U.S. law that compels courts to utilize either the Georgia-Pacific framework, or patent damages law in general, to determine royalties complying with an SEP holder’s FRAND commitment”. The authors further note that “these two concepts (patent damages and FRAND royalty rates) arose via different historical pathways and are intended to achieve different goals”; the former being rooted in statutes and case law, the latter being contractual in origin.

One way in which FRAND license rates are distinct from reasonable royalties for patent infringement is that a FRAND royalty must take into consideration the issue of royalty stacking. See In re Innovatio IP Ventures, LLC Patent Litigation, Case No: 1:11-cv-09308 (N.D. Ill., Sept. 27, 2013). This limitation is reflected in the “top-down” approaches used to determine the value of SEPs, which start by taking a total aggregate royalty for all SEPs related to the standard and work backwards to determine the value of a given patent or portfolio, often basing the aggregate royalty on statements made by the patent owner and other SEP owners to the relevant standardization body or about a particular standard. See, for example, Unwired Planet International Ltd -and- (1) Huawei Technologies Co. Ltd (2) Huawei Technologies (UK) Co. Ltd -and- Unwired Planet LLC, [2017] EWHC 2988 (Pat) (In The High Court of Justice Chancery Division Patents Court), and Microsoft Corporation v. Motorola, Inc., et al., and Motorola Mobility, Inc., et al., v. Microsoft Corporation, Case No: C10-1823JLR (W.D. Washington, April 25, 2013).

U.S. courts have, nevertheless, treated these two concepts as largely interchangeable, leading to what Contreras et al. refer to as “an apparent convergence of contractual FRAND damages and ‘reasonable royalty’ patent infringement damages” adding that “because the term ‘reasonable’ is used in these two different contexts – patent damages and FRAND licenses – the temptation to recruit one (the extensive body of case precedent relating to patent damages) for use when addressing the other (the proper level of FRAND royalties) has proven too tempting to resist for U.S. courts.”  As explained by Contreas et al., one problem with this convergence is that it facilitates hold out:

Thus, an opportunistic manufacturer of standardized products could decide that the most efficient course of action is not to seek a FRAND license from a SEP holder at all, but instead to delay until it is sued for infringement, at which point its maximum liability (assuming that both patent validity and infringement are established) would only be the FRAND royalty it otherwise would have paid ex ante. As discussed elsewhere, this form of conduct by standards implementers has been termed “hold out.”

A recent case reflecting the convergence of patent damages and FRAND licensing rates is Godo Kaisha IP Bridge 1 v. TCL Communication Technology Holdings Limited et al., Civ. No. 15-634-JFB (Delaware, April 24, 2019). Following a jury verdict which found the SEP owner was entitled to $950,000 in damages, IP Bridge argued that it should be awarded ongoing royalties at three times the rate found by the jury, and enhanced  damages for the past.

With respect to the award of ongoing royalties, IP Bridge argued that the rate should be higher on account of TCL’s “pre-complaint holdout and ongoing infringement” and because “there is a difference between a hypothetical negotiation at the time of infringement and a hypothetical negotiation once validity and infringement have been determined.”  In response to the latter, the Court said, without explanation, that such arguments have “less force in the context of a standard essential patents”, adding that “[a] SEP patent must be licensed at a fair, reasonable and nondiscriminatory rate.” (emphasis added).

Regarding past infringement, IP Bridge argued that damages should be enhanced because of TCL’s “conduct in failing to negotiate a license to SEPs subject to FRAND”. The court, however, found that IP Bridges’ allegations “have no relevance in view of the jury’s verdict” which found no willful infringement on TCL’s part.

Judge Bataillon’s statement that a patent must be licensed at FRAND rates seems to rest on the assumption that entitlement to FRAND rates cannot be lost. Some recent cases, however, suggest that that assumption may not be correct. In fairness to Judge Bataillon, IP Bridge did not seek declaratory judgement regarding TCL’s loss of entitlement to FRAND, instead unsuccessfully attempting to shoehorn such issues into patent damages law.

One scenario in which patent damages have been awarded in excess of FRAND rates is when willful infringement has occurred. See Core Wireless Licensing S.a.r.l. v. LG Electronics, Inc. and LG Electronics Mobilecomm U.S.A., Inc., Case No. 2:14-cv-912-JRG (E.D. Texas, November 1, 2016), wherein Judge Gilstrap enhanced the damages awarded by twenty percent (20%) in view of the jury’s finding that LG’s infringement was willful.

More recently, Apple was found to have willfully infringed PanOptis’ SEPs, but without the jury knowing of any constraints imposed by FRAND. This approach was taken because the Plaintiffs were trying to show Apple forfeited its entitlement to FRAND licenses and, if successful, the jury would not need to know about any FRAND issues. As of the time of writing this article both parties have submitted competing proposed findings of fact and conclusions of law addressing, among other issues, PanOptis’ claim for a declaration that Apple breached French contract law by not negotiating in good faith which, PanOptis claims, precludes Apple from raising any FRAND defenses. According to Apple “Plaintiff’s First Amended Complaint identifies no legal obligation imposed by U.S. law on Apple to negotiate a license to Plaintiffs’ portfolios of declared-essential patents or forfeit any defenses for failing to do so.”  (See Apple Inc.’s Proposed Findings of Fact and Conclusions of Law, Optis Wireless Technology, LLC, Optis Cellular Technology, LLC, Unwired Planet, LLC, Unwired Planet International Limited, and PanOptis Patent Management, LLC v. Apple Inc., Civil Action No. 2:19-cv-00066-JRG (E.D. Texas, September 10, 2020)). Time will tell whether or not the jury’s verdict regarding damages award will change in view of the finding of willfulness and/or PanOptis’ FRAND commitments.

Enhanced damages for willful infringement of an SEP were also discussed by the Court of Appeals for the Federal Circuit when considering Motorola’s entitlement to an injunction in Apple, Inc. and Next Software Inc. v. Motorola, Inc. and Motorola Mobility, Inc., 2012-1548, -1549 (Fed. Cir., April 25, 2014). Specifically, Chief Judge Prost stated that “if a trial court believes that an infringer previously engaged in bad faith negotiations, it is entitled to increase the damages to account for any harm to the patentee as a result of that behavior”, seemingly rejecting the notion that SEPs must always be licensed at FRAND rates.

Though the Court of Appeals for the Federal Circuit ultimately ruled that Motorola was not entitled to an injunction, the Court did find that there was no per se rule precluding injunctions for SEPs. Given an injunction is the antithesis of a license to practice an invention, this ruling also seems to support the idea that entitlement to FRAND licenses can in fact be lost. If that is the case, then it stands to reason that damages for patent infringement in excess of FRAND rates should be available (e.g. lost profits, enhanced damages and even a reasonable royalty if shown to be greater than FRAND rates).