Reflections on the Impacts of the Bayh-Dole Act for U.S. Innovation, on the Occasion of the 40th Anniversary of this Landmark Legislation

The following is a transcript of remarks given during a video webinar jointly hosted by the Bayh-Dole 40 Coalition and IPWatchdog on October 28 to commemorate the 40th anniversary of the Bayh-Dole Act. 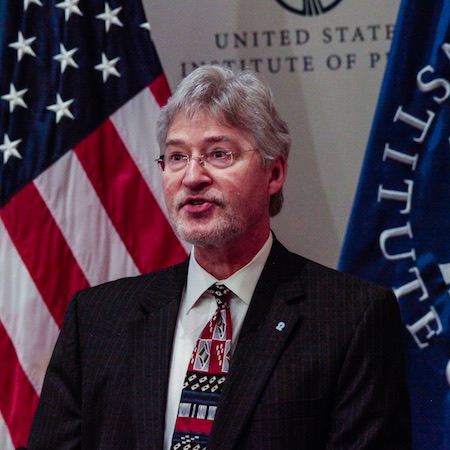 It’s an honor to be sharing a virtual stage today with Senator Bob Dole and with Chris Bayh in celebrating the 40th anniversary of the passage of the Bayh-Dole Act.  I’d like to thank the Bayh-Dole 40 Coalition members for their tireless advocacy as champions for the enduring impacts of this seminal legislation.

40 years ago, Senators Birch Bayh and Bob Dole had a shared vision – that innovations arising from federally funded research could have monumental economic and societal impacts for American citizens.  They led the bipartisan charge in writing the Patent and Trademark Law Amendments Act of 1980, which today is widely known by their names – the Bayh-Dole Act.

Bayh-Dole is considered among the most inspired pieces of legislation to be enacted in America.   The Act was born from the recognition that breakthrough discoveries were not making their way from the Nation’s universities and small businesses into use as new products and services that would benefit the people and the American economy.

Before the Bayh-Dole Act, non-profits such as universities and research institutes were often unable to take ownership of inventions made with federal funding, much less grant exclusive licenses to promote practical application.  Invention rights would stay with funding agency, and would just sit on that agency’s shelf.  Before the Bayh-Dole Act, there were no real incentives to patent inventions arising from federally funded research for technology-based innovation.  There was very little drive for public-private partnerships or for entrepreneurship.  Without intellectual property protections or exclusivity, companies and investors were not making the major additional investments so often needed to move technologies arising from federally funded research into production, into the market and to benefit people.

Then the Bayh Dole Act passed!  Since its implementation in 1980, the Act has directly contributed to well over $1.3 trillion in U.S. economic growth, more than 4.2 million jobs, and over 11,000 new startup companies from the nation’s universities. When we further consider collaborative research with federal labs and research institutes, Bayh-Dole’s effect for innovation and American competitiveness has been massive.

For us at the U.S. Department of Commerce, the Bayh-Dole Act is a critical element in fulfilling our mission to “promote job creation, economic growth, sustainable development, and improved living standards for all Americans.”  Nations around the world have recognized the genius of the Bayh-Dole Act, and have enacted similar legislation.

Among its widespread impacts, its passage revolutionized the biotechnology industry.  Prior to 1980, no new drugs or vaccines had been commercialized from the results of federally funded research.  Since the Act’s passage, over 200 drugs and vaccines have been developed and approved.  Countless people are alive today and with better quality of life because of lifesaving therapies, diagnostics and disease prevention strategies invented at universities and transitioned to the private sector.  These have been so important for our nation, but they are only a fraction of the benefits we realize from this amazing innovation driver.  The Bayh-Dole Act has enabled the commercial development of firefighting drones, new communications technologies, improved airport scanners, transportation safety, artificial intelligence and internet search, renewable energy and the smart grid, along with many other technologies.  And, it has improved quality of life at home, through advancements in healthy food products, new materials like neoprene, and even High Definition TV.

The Bayh-Dole Act accelerated American entrepreneurship by making possible new classes of public-private partnerships.   By allowing ownership of federally funded inventions to reside in awardees empowered to license exclusively, the Act encouraged and enabled innovators and investors to make the risked-based investments so critical to get from the laboratory to the market.  The strength and reliability of the US patent system and associated licensing rights enabled by the Bayh-Dole Act, then, are vital to America’s risk-takers, and to millions of Americans who are the beneficiaries of the risks taken.

Furthermore, an entirely new profession – the profession of technology transfer – was created as a result of the passage of the Bayh-Dole legislation. At universities across the country, hard-working professionals are dedicated to ensuring that the inventions funded by American taxpayers are put to work in the economy in the form of innovative products and services, new companies, new high value jobs, and in vibrant, resilient communities.  These professionals have a shared passion for putting inventions to work – for creating a return on investment for the nation’s taxpayers – returns from federally funded R&D.  Every year, these professionals collectively manage over 30,000 disclosures of new inventions funded by federal investments, nearly 20,000 new patent applications, and about 10,000 licenses and license options.

These inventions are the seed corn from which America may reap many future harvests, ensuring the future of America’s economy and our quality of life.  There is also broad recognition that technology transfer is not about universities and research organizations making money.  It’s about deploying technologies for the public good, as we have clearly seen in the COVID era.  This has fueled the nation’s research enterprise in a passion for technology transfer, for making a difference, enabled by the Bayh-Dole Act.

Four decades ago, Norman Latker, who had long served at the National Institutes of Health, moved to the Department of Commerce to work with Dr. Bruce Merrifield.  They were charged with drafting the first set of implementing regulations for the Bayh-Dole Act.  Today, America’s Innovation agency, the National Institute of Standards and Technology, or NIST, continues their legacy. On behalf of the nation and the Department of Commerce, NIST has stewardship responsibilities for the Bayh-Dole Act.  We take this obligation very seriously as we look to the future of US innovation and competitiveness.

NIST also has responsibilities for an important companion piece of legislation for innovations from the federal sector, the Stevenson-Wydler Act, also celebrating 40 years, which charges Federal laboratories to make technology transfer an integral part of their missions. NIST is dedicated to upholding our responsibilities to care for and continue to advance both acts.

We must recognize that these pieces of legislation – so robust in their effects – are actually quite delicately balanced.   Some would like to upend that delicate balance, and would see them used for different purposes than those for which they were intended.

The Bayh-Dole Act has a provision for march-in rights by federal agencies, which some think, I believe incorrectly, should be used to impose product price controls in the market.  They take, perhaps, a cynical view of entrepreneurs; they ignore how so very frequently the risks taken result not in success, but in failure.

Being an entrepreneur is hard work.  I know this personally.  You put it all on the line to move an exciting technology to practical application.  The Bayh Dole act has enabled many innovators – myself included – to dream, to plan, to take risks, and to make really big investments.  These follow-on investments dwarf those made initially in funding the research that led to a discovery.

NIST is a convener, bringing together the expertise of communities to achieve a greater good. NIST’s Return on Investment initiative for Unleashing American Innovation is just one recent example. Over the course of a year, we heard from hundreds upon hundreds of diverse stakeholders on how to advance technology transfer effectiveness so that U.S. innovation remains the world leader.

Recognizing the fragility – the delicate balance – of the Bayh-Dole Act, we understand that even well-intentioned changes bring with them some risk.  That is why we carefully considered nationwide input in developing our ROI Green Paper findings in NIST Special Publication 1234, which reaffirmed the framework of the Bayh-Dole legislation.   This effort also exposed opportunities to provide regulatory clarity, the need to improve access to make it easier to find technologies, and the importance of removing undue burdens.

The Bayh-Dole Act was visionary 40 years ago, and it is integral to our country’s innovation engine today and for the future.  We’re grateful to Senators Bayh and Dole for their foresight to create such a monumental piece of legislation at a pivotal moment in American history, which changed the landscape of technological impacts over the past four decades.Working together, we can guarantee the future that’s provided by the Bayh-Dole Act for the nation and for our innovators today, and for decades to come.  Models of innovation will continue to evolve; new ecosystems will nurture entrepreneurship, and these will spring up and flourish across America.  At their core will ever be the Bayh-Dole Act.

The Act’s underlying principles must continue to ensure that the entire nation receives the economic, societal, and national security benefits of its research and development investments.  NIST is a steward of, and a torch-bearer for, the Bayh Dole Act.  We have been proud to work with all of you who have stoked the fires of America’s spirit of innovation over the last 40 years, and, as we celebrate the Bayh-Dole Act together here today, we look forward to continuing to support the success of American innovation over the next 40 years.