“In light of Supreme Court Takings Clause precedent, the Federal Circuit may want to either request supplemental briefing [in Celgene] to decide whether it should have addressed the constitutional question in the first place, or potentially even revise the panel opinion and leave this issue to be decided in another case.” 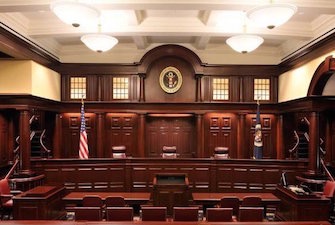 Nearly four months ago, the Federal Circuit for the first time addressed the applicability of the Takings Clause of the Fifth Amendment to IPRs, holding in Celgene Corp v. Peter “that the retroactive application of inter partes review (IPR) proceedings to pre-America Invents Act (AIA) patents is not an unconstitutional taking under the Fifth Amendment” Celgene Corp. v. Peter, 931 F.3d 1342, 1362 (Fed. Cir. 2019). Since then, the court has continued to reject similar Patent Trial and Appeal Board (PTAB)-related Takings Clause claims on the merits. E.g., Collabo Innovations v. Sony Corp., No. 2018-1311 (Fed. Cir. Aug. 5, 2019). Unsurprisingly, Celgene filed a request for an en banc rehearing, and the government has just this week filed its response. Both Celgene’s en banc petition and the government’s response address the merits of Celgene’s constitutional claim—but as we hinted at in an earlier article analyzing the Celgene decision, there is a serious question whether the Federal Circuit should have even reached the merits of the Takings Clause issue in its panel opinion. In light of Supreme Court Takings Clause precedent, the Federal Circuit may want to either request supplemental briefing to decide whether it should have addressed the constitutional question in the first place, or potentially even revise the panel opinion and leave this issue to be decided in another case.

To recap, Celgene involved a series of IPR challenges to two patents owned by Celgene and directed to methods for safely providing teratogenic agents (such as thalidomide) to patients without risking distributing the drug to patients who are pregnant or may become pregnant. After receiving adverse decisions at the PTAB Celgene appealed, asserting that the Board erred in finding these claims obvious and that retroactive application of IPRs to these patents—which were filed and issued long before the AIA’s effective date of September 16, 2012—was an unconstitutional “taking” of private property under the Fifth Amendment.

After affirming the PTAB’s obviousness finding, the Federal Circuit considered whether the pre-AIA patents’ cancellation through an IPR effected an unconstitutional taking. The Federal Circuit looked to the nearly 40-year history of the U.S. Patent and Trademark Office (USPTO) being able to revisit the validity of patents in post-grant proceedings such as ex parte and inter partes reexaminations, and found the mere fact that different procedures were now being used by the USPTO was not sufficient to effect a taking under the Fifth Amendment. As such, the court rejected the constitutional claim.

In late September, Celgene filed a petition for en banc rehearing. In support of its petition, Celgene argued that the panel opinion is contrary to Supreme Court precedent and the issue addressed is one of national importance. Relying on Supreme Court cases both young (such as Return Mail, SAS Institute, and Festo) and old (McClurg), Celgene argued that retroactive application of the AIA’s new IPR regime to patents issued before IPRs existed impairs patent owners’ vested property rights without compensating them for the loss of such rights, and is therefore unconstitutional. Celgene explained that the IPR regime “differs fundamentally” from prior post-grant validity proceedings, such as ex parte and inter partes reexamination, and alleged that the procedural changes are so dramatic that they go beyond mere procedure to affect substantive entitlement to relief.  As such, Celgene argued that whether IPRs are viewed under the rubric of a “physical” or “regulatory” taking, they violate the Fifth Amendment.

On November 19, the government filed its response to the en banc petition. The government argued broadly that just as the Federal Circuit had previously rejected takings-related challenges to ex parte reexamination, it should reject the takings challenge here and deny the en banc petition—particularly because at the time Celgene applied for and received the patents, it knew that they were subject to post-grant challenge on the same substantive grounds (anticipation and obviousness) and on the same burden of proof (preponderance of the evidence) through both ex parte and inter partes reexamination. The government pushed back on Celgene’s argument that the change in procedure from inter partes reexamination to IPR was relevant to the takings analysis, arguing that the Supreme Court has held that no one has a vested right in any given mode of procedure. The government also argued that while there is no question that “a valid patent is private property for the purposes of the Takings Clause . . . an invalid patent is not.”  Therefore, regardless of whether Celgene’s takings claim is positioned as a physical or regulatory one, the government said, it fails.

Insecticides, Bike Paths, and Scooters Might Provide Guidance on the Way Forward

One issue not substantively addressed by either party is whether the Federal Circuit should have addressed the merits of Celgene’s constitutional challenge in the first place, or whether it was unripe and should be left for another day. After all, the Takings Clause doesn’t prohibit the government from taking private property—it simply imposes limits on that taking (it must be for a “public use”) and requires that the property owner be paid “just compensation” if there is a taking.  Because the Tucker Act (28 U.S.C. § 1491 et seq.) grants jurisdiction to the United States Court of Federal Claims to decide claims for monetary damages arising out of the Constitution, courts have commonly found that a Takings Clause claim must be brought to the Court of Federal Claims in the first instance—unless, that is, Congress has expressly or implicitly withdrawn Tucker Act jurisdiction. Eastern Enterprises v. Apfel, 524 U.S. 498, 520 (1998).  At least one Federal Circuit judge, Judge Hughes, speculated earlier this year that patent owners should “go to the Court of Federal Claims” to assert a takings claim once their patents are cancelled rather than raise them in an appeal from the PTAB decision itself. See Oral Argument, Trading Tech. Int’l v. IBG LLC, No. 2018-1443 (May 9, 2019).

The Celgene panel decision is silent on the issue of ripeness, and there is likewise very little relevant discussion in the parties’ en banc briefing: Celgene expressly states that “[t]he PTO certainly does not dispute this Court’s jurisdiction to decide the takings challenge” and argues that “a Fifth Amendment takings claim may be raised as a defense where, as here, the taking is ‘final’ and there is no ‘adequate process for obtaining compensation.’”  The government, for its part, states that even if administrative cancellation were assumed to “take” property, because that cancellation does not occur until after the Federal Circuit affirms the PTAB and the Director issues a cancellation certificate, no “taking” of a valid patent occurred here. But no one—not the court, Celgene, or the government—addressed the question of whether Congress, in the AIA, withdrew Tucker Act jurisdiction over PTAB-related takings claims.

Given the importance of the issue, at the very least it would seem wise for the Federal Circuit to request supplemental briefing from the parties on the question of whether Congress affirmatively withdrew the Tucker Act jurisdiction—much as it recently did in the Arthrex and Polaris cases on another constitutional issue (the Appointments Clause).

Failing that, the court could also follow the cautious path it took in Swagway v. ITC (923 F.3d 1349, 1357 [Fed. Cir. 2019]) earlier this year. The original panel decision in Swagway included a portion addressing the question of whether trademark-related decisions issued by the U.S. International Trade Commission have preclusive effect on district courts. But the intervenor in the appeal, Segway, filed a combined petition for panel rehearing and rehearing en banc, arguing in part that the Federal Circuit should not have reached the preclusion issue. After considering Segway’s petition and the Commission’s and Swagway’s responses, the Federal Circuit granted Segway’s petition for panel rehearing and vacated the portion of the original decision on the issue of the preclusive effect of the Commission’s trademark decisions. It is certainly possible that, upon further review, the panel or en banc Federal Circuit decides that the more prudent course of action would be to vacate the portion of the Celgene panel decision addressing the merits of the takings claim, and let that issue be decided in a future case instead. As noted in our previous article, there is a case percolating at the Federal Circuit where a patent owner brought a PTAB-related Tucker Act claim, which was dismissed by the Court of Federal Claims. Christy, Inc. v. United States, 141 Fed. Cl. 641, 659-60 (2019) In that appeal (Christy Inc. v. United States, No. 19-1738), Christy’s reply brief is due on November 27, and oral argument is expected some time in early 2020.

The Risks of Acting Too Soon

A failure to fully flesh out this issue (or at least wait for an appropriate case in which to do so) would risk the Supreme Court finding the takings claims to be unripe and reversing the Federal Circuit—just as the Court did with the takings claims at issue in Ruckelshaus and Preseault. Given the Supreme Court’s continued interest in both intellectual property and takings-related matters, this is a case (and an issue) worth keeping an eye on.