“Most non-big tech lobbyists reason that the positive effects of eliminating 101 exceptions are greater than the negative effects of 100 and 112, so they will support it. But they misjudge the future. Software is already everywhere and will permeate more and more products. Soon, this will harm them too.” 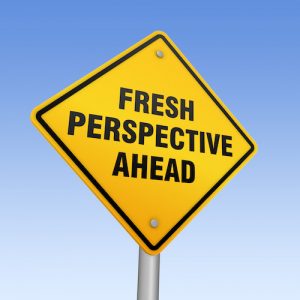 When it was announced that I would be testifying to the Senate Judiciary Subcommittee on IP about Section 101, I was surprised. Not only did they grant a critic of the 101 roundtables a chance to speak, but not one inventor who used patents to fund a startup has testified in any patent-related hearing in decades.

This gave me faith that Senators Tillis and Coons are serious about fixing 101 right by considering what inventors need.

When the hearing was announced, several inventors contacted me. They wanted to personally tell their stories to Congress. They trusted the government to protect them, but instead lost their careers, their secrets, and their investments of hard work and money. A few even lost their families, their home, or their health.

Six years ago, I started walking the halls of Congress. I also crossed the country in my pickup to visit inventors in the majority of the lower 48 states. I met many inventors who had their companies crushed, but it didn’t sink in until those phone calls. I had just become the only voice speaking for all of them.

The inventors were happy about eliminating all 101 exceptions, but the draft language of 100(k) and 112(f) transfer the damage to those sections.

100(k) will bring back 101 exclusions because “technology” will be interpreted by the same anti-patent courts. No doubt business methods and software will be excluded, but there will be others.

Software can be made to do anything because software code is made of multi-purpose building blocks that can be woven together in almost infinite ways to accomplish the same thing.

But under the proposed 112(f), every possible way of coding the same thing must be disclosed in the specification.  For any given thing, it is impossible to think of every way to arrange the building blocks in all 571 coding languages.

If even one is not disclosed, a hole is created that an infringer can slither through by simply rearranging the building blocks to perform the invention but avoid infringement. And if a new coding language comes out after the patent is filed, the patent will not cover it.

Code is also encrypted and compiled to machine language, which will make it impossible to determine infringement prior to filing suit and getting discovery.

Establishing an “equivalent” under the current 112(k) will be difficult for the courts. Each programming language has a unique set of keywords and a special syntax for organizing program instructions. The same thing coded in a different language will not appear equivalent and courts will struggle determining equivalence.

In the end, nothing will change. Inventors betting their careers and sacred fortunes will be duped into disclosing their secrets to infringers under the promise of patent protection, only to be betrayed.

112(f) narrows the property lines of hundreds of thousands of issued patents, effectively taking that property, which will trigger litigation under the takings clause with billions of dollars in damages.

Big Tech’s Role in the Debate

101 exceptions have also served big tech by eliminating competition from uppity inventors with better technology. It is a shield protecting the core of their monopolies. But it also protects big tech megamarkets that they fully control through app stores because apps are built on business methods and software.

For example, Apple has 1.4 billion active devices—four times the population of the United States. The only way to put a product on this market is through Apple’s App Store. 101 exceptions make apps untouchable, and therefore shield Apple’s monopoly control over its megamarket.

Eliminating 101 exceptions threatens the very core of big tech monopolies. But, when other industries objected to codifying 101 exceptions, Senators Tillis and Coons eliminated the exceptions. Big tech then pushed the 100 and 112 changes into the draft to stealthily preserve 101 exceptions under those provisions.

Huawei released phones with 5G long before Apple. Huawei also has superior technology in many other areas. While Apple’s phone sales are dropping because of being out-teched by Huawei, their services revenue is rising. The bulk of Apple’s services revenue comes from the App Store. So, Apples’ focus is not on better phone technology. It is focused on increasing phone app revenue.

It is not surprising that Apple has lobbied hard to eliminate patent protection for phone app technologies. Both the app store and the apps can only be disrupted by patented business methods and software.  It’s about preserving their monopoly.

But in China, business methods and software are protected by patents. Huawei uses Android to provide its phone apps, so its focus is on developing phone technology in a patent system that protects it.

It should surprise no one that Huawei leads Apple in technology.

Most non-big tech lobbyists reason that the positive effects of eliminating 101 exceptions are greater than the negative effects of 100 and 112, so they will support it. But they misjudge the future. Software is already everywhere and will permeate more and more products. Soon, this will harm them too. But at least they can get back to business now.

But for small inventors and startups that will not be the case. We will not get back into business. Our choice is to be shot in the front of the head or the back.

I’ve sat for the last couple of weeks arguing with myself. If the 101 language is retroactive and the 100 and 112 language is not, the gap created between the effects of 101 and 100/112 would allow me to defend my patents. Since my patents begin expiring next February, this may be my last chance to recover the 20 years of my life lost to a failed patent system. We could ask Congress for that and they may do it if we agree to support the legislation.

But this patent debate is not inconsequential. It is about the future of America. We are deciding whether America will continue to lead the world in technology, or we will yield that position to China.

If we pass the draft legislation, China will certainty overtake us in artificial intelligence and other technologies critical to our economic and national security. Big tech monopolies will continue to be protected until someday years from now we look back to figure out what happened. But by then, it will be too late.

I’ve made my decision. If the draft legislation codifies 101 exceptions, or if it includes the draft changes to 100 and 112, I am going to do everything that I can to kill the legislation. I hope that other inventors will join me.