“The Affordable Prescriptions for Patients Act would codify the definitions of both product hopping and patent thicketing into the FTC Act, [and] both would be considered anticompetitive activities that the FTC could take enforcement actions against.” 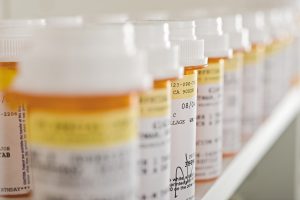 On Thursday, May 9, the Affordable Prescriptions for Patients (APP) Act was introduced into the U.S. Senate by Senators John Cornyn (R-TX) and Richard Blumenthal (D-CT). If passed by Congress and signed into law, the bill would modify the Federal Trade Commission (FTC) Act to give the FTC additional antitrust authority to challenge the anticompetitive nature of certain actions by pharmaceutical patent owners in the service of providing more consumer access to generic and biosimilar drugs.

In a press release announcing the introduction of the bill, Sen. Cornyn offered the following statement:

“Drug companies have taken advantage of the patent system to maintain their monopoly on certain drugs and prevent generics from coming to market. These tactics mean Americans are forced to pay more for the life-saving medications they need. This bill puts patients first and reforms the system to encourage the availability of cheaper generics.”

A one-page background document on the bill sets up the argument for why the bill should be passed, although that argument is predicated on an arguably shaky foundation. First of all, it says that every patent by nature is anticompetitive because “after all, a patent is a government-sanctioned monopoly.” Informed observers will note that a patent is not a monopoly and that, indeed, patents in the hands of startups provide an anti-monopoly. But leave that aside for the moment. Supporters of the bill are concerned about drugs protected by dozens of patents and certain usual suspects are cited, including AbbVie’s autoimmune disorder treatment Humira and Sanofi’s insulin product Lantus.

Two specific anticompetitive practices are discussed in the one-page background. The first is “product hopping,” a situation in which a pharmaceutical developer creates a reformulation of a drug and uses the market approval process regulated by the U.S. Food and Drug Administration (FDA) to prevent generic substitutions tied to the old formulation from entering the market. Secondly, the bill targets “patent thicketing,” or the obtaining of large patent portfolios covering methods of manufacture, uses, formulations and other aspects of a single drug. Generic and biosimilar competitors then have to work around or challenge the validity of these large portfolios in order to enter the market. “These behaviors are intentional and problematic, and they result in higher drug prices for consumers,” the background document states.

A draft copy of the bill shows that it would codify the definitions of both product hopping and patent thicketing into the FTC Act as found in Title 15 of the U.S. Code. Both product hopping and patent thicketing would be considered anticompetitive activities that the FTC could take enforcement actions against unless pharmaceutical patent owners demonstrate either to the FTC or to a U.S. district court that the anticompetitive nature of the action does not outweigh the pro-competitive effects of the action, or otherwise achieves some clinically meaningful improvement in safety or therapeutic benefits. The bill would also allow the FTC to rebut representations made by pharmaceutical patent owners if the Commission doesn’t feel that the consumer harms outweigh the consumer benefits. IPWatchdog contacted the offices of Sens. Cornyn and Blumenthal and asked for a statement on how many patents would constitute a thicket. An aide from Cornyn’s office responded that the bill doesn’t define any specific number, but that the FTC may determine a thicket of patents as a grouping of patents with demonstrated anti-competitive intent.

If the FTC has reason to believe that a pharmaceutical patent owner has engaged in either of these activities, or is about to engage in them, the Commission may institute a proceeding at the agency or bring a suit to U.S. district court to seek remedy against the offending patent owner. This would include equitable remedies of disgorgement of any unjust enrichment resulting from the violation of this bill. The statute of limitations for the Commission to seek this disgorgement is five years tolling from the latest date on which any unjust enrichment is received.

What Would Be the Impact of the APP Act?

Enactment of the bill as currently written would likely impact the enforcement of pharmaceutical patents, the prosecution of those patents, and the desire of companies to improve known drugs, said Kevin Buckley, patent attorney and Founder of Torrey Pines Law Group. Buckley has 20 years of experience as a patent attorney and has represented both branded pharmaceutical and biopharmaceutical manufacturers, as well as generic drug makers, so he has seen the issue of generic availability from both sides.

One way in which the bill could affect the prosecution of pharmaceutical patent applications is through limited disclosures of information to the U.S. Patent and Trademark Office (USPTO). Buckley noted that the bill allows manufacturers to make rebuttals against FTC determinations of patent thicketing based on evidence of four criteria: 1) clinically meaningful and significant therapeutic or safety benefits; 2) significantly improved product purity or potency; 3) significant gained efficiencies in manufacturing; or 4) other improved product attributes having substantial benefits for consumers or patients. Product hopping allegations can also be rebutted by manufacturers who provide evidence that the follow-on product provides a significant health benefit, that it was the least likely means to reduce competition, and that the manufacturer had substantive financial reasons apart from reduced competition to introduce the follow-on product.

As Buckley points out, many of these disclosures that would need to be made to the FTC overlap with those made to the USPTO during the prosecution process. “You need to show that a pharmaceutical is nonobvious and novel at the USPTO level, and that could mean providing clinically meaningful and significant safety benefits,” Buckley said. “That’s an improvement on a known drug that is for the safety of the subject being administered the therapeutic.” He added that the disclosures to the USPTO and the FTC seemed to be juxtaposed in a way that isn’t perfect. “It seems like similar information would be used for different purposes, so pharmaceutical companies may potentially want to be more careful with their disclosures at the USPTO so that it doesn’t affect them at the FTC,” he said.

“The pharmaceutical and biopharmaceutical industries spend millions and millions of dollars in finding new therapeutic uses or safer ways of administering drugs to patients,” Buckley said. “If an old compound is effective in treating a new disease, that’s huge, and if it’s novel and nonobvious it should be patented.” By treating such inventions as anticompetitive “patent thicketing” activity, that could have a chilling effect on research and development, not just at branded manufacturers but also with generic drug makers, who do file patent applications on inventions like pharmaceutical reformulations. At a recent House Intellectual Property Subcommittee hearing, USPTO Director Iancu noted how AZT was a failed cancer drug before it was a blockbuster treatment for HIV/AIDS. If the APP Act were to pass as is, Buckley said more companies would treat such pharmaceutical formulations as “one-and-dones.” “Why would you bring that formulation back into the lab, through the FDA approval process and onto the market if it’s going to be inherently anticompetitive?” he asked.

While Buckley did think it was unfair that U.S. consumers paid much more for prescription drugs than consumers around the world, he felt that this particular bill was a “blunt instrument” for dealing with an issue that would be better dealt with by harmonizing other aspects of drug pricing with international law and treaties on the subject. As well, there are other techniques employed by drug companies within the U.S. that drive up drug prices outside of the issuance of a patent, such as pay-for-delay agreements or withholding documentation from generic drug producers. While this bill could be consolidated with others bills that have been introduced to deal with the issue of prescription drug prices, the APP Act by itself will spark debate, but doesn’t seem to have much chance of being passed due to problematic language. For example, not only is there vagary around the number to determine how many patents make up a thicket, the five year statute of limitations for the FTC to bring an action could give the agency the ability to declare a violation five years after a branded pharmaceutical loses exclusivity.

PhRMA Responds to the APP Act

Tom Wilbur, a spokesman for Pharmaceutical Research and Manufacturers of America (PhRMA), offered the following statement:

“The research and development process for biopharmaceuticals doesn’t stop just because a company is granted a patent on a medicine. After that initial development, our companies continue to find new ways to make the medicine, new populations who can benefit from its use, better ways to get it to and into patients, and new versions that expand options for patents. As long as these new medical advances meet the statutory requirements for patentability, they rightfully deserve patent protections.

“We are committed to working with Senators Cornyn and Blumenthal to address potential outlier behavior. As drafted, however, this legislation fails to appreciate the role and importance of medical advances post-FDA approval to patients, competition and the health care system. Virtually any innovation made after filing of an original new drug application or biologics license application would be presumed to be anti-competitive and could be subject to significant new and existing penalties under the FTC Act. It would exponentially increase uncertainties for innovative biopharmaceutical companies, which could lead to the net result being less innovation and less competition.