“While the critics argue that Cohen-Boyer would have had the same impact without patent protection, there are other more likely scenarios… It took a lot of work from Reimers before U.S. companies recognized its potential. That effort would not have been made to promote a scientific paper.”

Today, the United States has the most powerful economy in the world: With less than 5% of the world’s population, it still accounts for almost a quarter of global GDP. America has the world’s highest standard of living apart from a handful of countries with small populations… It also dominates the industries that are inventing the future– intelligent robots, driverless cars, life-extending drugs.  The fact that 15 of the world’s top 20 universities are based in the U.S… suggests that it is well placed to dominate the ideas economy. (emphasis added) 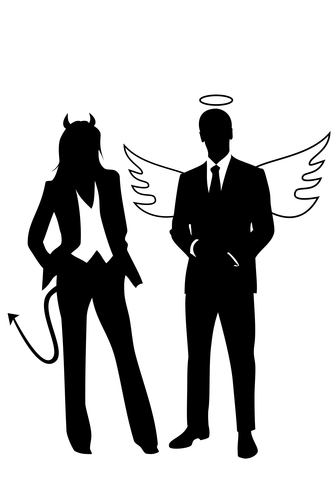 That university discoveries are recognized as critical national assets is because the Bayh-Dole Act gave academic institutions the ability to own and manage inventions made with federal funding.  Previously, the government made them freely available and few were developed here. Bayh-Dole recognized that those who create inventions are their most effective managers. That includes declining to patent if that’s the appropriate option.

The law fostered university-industry partnerships that helped lift the economy out of the doldrums of the 1970’s, re-establishing America’s leadership in every field of technology.

But there’s another narrative.  “Universities: The Fallen Angels of Bayh-Dole?”   by two long time patent critics alleges universities’  “behavior as patent seekers, patent enforcers, and patent policy stakeholders often seems to work against the commercialization goals of the Bayh-Dole Act and is difficult to explain or justify on any basis other than pursuit of revenue.”

We’ll leave for another day claims like universities shouldn’t enforce their patents against infringers.  But let’s consider their assertion that platform technologies, which help create new industries, shouldn’t be patented:

Many university inventions, however, do not require substantial post discovery investment and the assistance of faculty inventors to achieve commercial application.  Some of the most lucrative university patents covered broad enabling technologies that would have been ready for widespread use with or without  university patents.  These included the Cohen-Boyer patents on basic recombinant DNA techniques… Such technologies face little risk of languishing in academic archives if they are published without patents. Patenting them may provide revenue for universities, but it does not further Bayh-Dole’s explicit goal of promoting the development and dissemination of new technologies… they make commercial development more costly by imposing a need to negotiate and pay for licenses.

Cohen-Boyer is widely considered to have jump started the U.S. biotechnology industry.  Is it true there was “little risk of it languishing in academic archives” or that it would have the same impact if it wasn’t patented?  Here’s the Cohen-Boyer story.  Judge for yourself.

First, consider this from IPVision:

Stanford University made $255 million from the licensing of three fundamental Gene Splicing patents by Stanley Cohen and Herbert Boyer. The main patent is US Patent 4,237,224 “Process for producing biologically functional molecular chimeras“, which together with a patent for proteins produced using recombinant prokaryote DNA and a patent for proteins from recombinant eukaryote DNA defined the Recombinant DNA technique of modern molecular biology. This technology gave birth to the biotechnology industry which began in 1976 when Genentech was founded. By the year 2000 over 2,000 biotechnology companies had been launched.

The Cohen-Boyer inventions were fundamental and revolutionary but it was the licensing strategy of Stanford University that extracted significant value from this technology while facilitating the explosive birth of the biotech industry. Stanford wrote non-exclusive licenses with a small upfront licensing fee and small percentage running royalties on any products that were developed using the gene-splicing technology. Since the licensee only had to pay if and when it got a product in the market it was relatively easy to get companies to sign up. 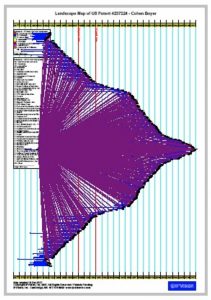 The man behind that licensing strategy, Niels Reimers, came to Stanford  from industry in 1968.  Previously patent management was contracted out, generating  $5,000 in royalties over 13 years. Niels established an in-house licensing program that brought in $55,000 the first year.

Stanford’s clipping service flagged stories about the school so in 1974  Niels received a  New York Times article about one of their scientist’s papers. The reporter intended to write about MIT but the researcher declined the interview. To meet his deadline the reporter hurriedly wrote about Dr. Stanley Cohen’s work in recombinant DNA instead.

Intrigued, Reimers contacted Dr. Cohen and came away impressed. He thought the work, conducted with the University of California, might interest industry if it was patented. That was a new concept on campus but eventually the researchers approved. Niels reached agreement with the University of California to file for a patent. He would manage it and both universities would split any royalties. 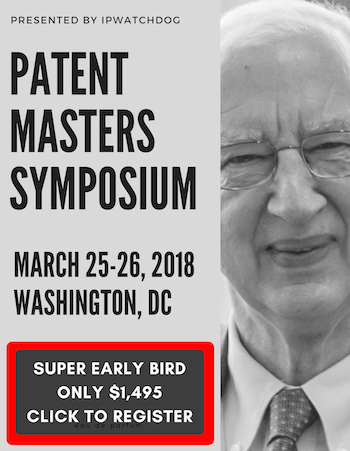 The research was funded by the National Institutes of Health, the National Science Foundation and the American Cancer Society before the Bayh-Dole Act so  Reimers needed their permission to proceed.  He finally got the green light.

Since the invention was disclosed, foreign patent rights were lost but the U.S. patent application was filed in October, 1974– one week before the deadline.  At that time biotechnology was a new and controversial field. The previous year the PTO rejected Dr. Chakrabarty’s attempt to patent an oil eating micro-organism. His appeal was slowly working its way through the courts.

Many feared the dangers of biotech. Part of Reimers’  plan was requiring any licensee to adopt NIH’s guidelines for responsibly using the technology. He went back to NIH offering to let them have the invention if they felt university ownership wasn’t appropriate. NIH considered putting the invention into the public domain — or stopping its development– but concluded that allowing Reimers to continue was the best option. Stanford then made public their patent prosecution process.

Reimers worked with the International Trade Commission so  foreign infringers could “have their socks sued off” if they attempted to sell products in the U.S.

For six years Stanford went back and forth with the PTO on the application. It’s probably not a coincidence that it didn’t issue until after the Supreme Court ruled in Diamond v. Chakrabarty in favor of biotech patenting.  In another stroke of fortune, the patent emerged in December, 1980, just as Congress passed the Bayh-Dole Act.

Stanford’s plan was to make the technology widely available through non-exclusive licenses. When offered big bucks for exclusive rights or when an alumni suggested jacking up the royalty, Reimers declined, saying that neither was in the public interest.

However, licensees didn’t automatically roll in. Few companies recognized Cohen-Boyer’s  potential.  Stanford developed an educational campaign explaining how the technology worked  and spent a lot of time answering questions and providing additional information. The initial trickle of licensees eventually became a flood as word got out that others were signing on.  Soon spin out companies began forming around U.S. universities. Although it was many years before new products hit the market, the biotechnology revolution was on.

While the critics argue that Cohen-Boyer would have had the same impact without patent protection, there are other more likely scenarios. It could have languished on the shelf as did many other published, but not patented, discoveries. It took a lot of work from Reimers before U.S. companies recognized its potential. That effort would not have been made to promote a scientific paper.

There’s another scenario that frequently played out before Bayh-Dole.  While few domestic companies considered universities as sources of important discoveries there were those who did. The Japanese, like the Chinese today, spent considerable time, energy and money scouring academic publications while sending “study teams” to universities and federal labs looking for leads. It was no secret that  Japan intended to dominate biotech. The U.S. lagged behind the U.K.  and it looked like another emerging industry was being lost. Congress determined to stop the giveaway of taxpayer funded R&D by enacting Bayh-Dole. Then a remarkable transformation took place.

Cohen-Boyer alerted American companies to the value of universities as research partners. Bayh-Dole made federally funded discoveries economic, not just scientific, assets. The Chakrabarty decision and the creation of the Court of Appeals for the Federal Circuit assured entrepreneurs that our patent system would protect risky investments in biotechnology.  Driven by start-up companies the U.S. industry took off, leaving our competitors far behind.

It’s true that Reimers later described his licensing strategy as a tax and minimized its impact.  Knowing Niels, I believe he was both being flip and modest, not wanting to toot his own horn.

But if patenting Cohen-Boyer was the price required to have the technology  managed, not given away, and developed in a responsible manner, it one of the most effective taxes in history.  Plus, the royalties funded more Stanford/UC research, rewarded their inventors and paid the tech management costs. That sounds like pretty good stewardship of a public asset to me.