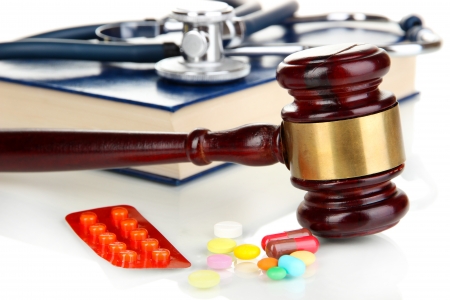 In mid-2016 the Federal Circuit issued two decisions, Enfish v. Microsoft (“Enfish”) and Rapid Litigations v. Cellzdirect (“Cellzdirect”), in which it provided additional information and clarification on the inquiry for identifying an abstract idea (Enfish) and a law of nature (Cellzdirect).  In these decisions, the court found claims patent eligible based on the determination that they were not directed to a judicial exception in step one of the Mayo/Alice two-step subject matter eligibility test.  Analysis under step two was therefore not necessary.  The court observed that the formulation by the U.S. Supreme Court of a two-stage inquiry – involving first determining whether the claims at issue are “directed to” a patent ineligible concept – implied that the “directed to” inquiry was a substantive inquiry, and not limited to simply asking if the claims involved a patent-ineligible concept.  Enfish at 10.  As the Federal Circuit continues to refine the standard for subject matter eligibility, it is of interest to see how these decisions are influencing the outcome of patent eligibility disputes.  Vanda Pharmaceuticals, Inc. v. West-Ward Pharmaceuticals (“Vanda”), decided April 13th, 2018, provides an interesting example in this regard.

In Vanda, Chief Judge Prost, one of the judges on the CellzDirect panel, dissented from the majority’s decision that found claims patent eligible for not being directed to a judicial exception in step one of the Mayo/Alice test.  What differences between the claims in Vanda and those in CellzDirect led Judge Prost to dissent?  Can these differences shed further light on the characteristics necessary for a claim to be found not directed to a patent-ineligible concept in step one?

Vanda Pharma markets Fanapt® (iloperidone), approved by the FDA for the treatment of schizophrenia.  As explained in the background section of the Majority opinion, FDA approval for iloperidone was obtained based, at least in part, on the invention disclosed in U.S. Patent 8,586,610 (“the ’610 patent”) owned by Vanda Pharma.  Majority Op. at 4.  The patent relates to a method of treating schizophrenia patients with iloperidone in which the dosage range of iloperidone is based on the patient’s cytochrome P450 2D6 (“CYP2D6”) genotype.  CYP2D6 encodes an enzyme known to metabolize a large number of drugs, including iloperidone.  The ’610 patent teaches that treatment of a patient having lower than normal CYP2D6 activity with a drug (e.g., iloperidone) that is pre-disposed to cause QT prolongation and is metabolized by the CYP2D6 enzyme, can be accomplished more safely by administering a lower dose of the drug than would be administered to a person who has normal CYP2D6 enzyme activity.  Id. at 3.  QT interval is the time between the Q and T waves of heart rhythm.  QT prolongation can lead to serious cardiac problems.

West-Ward Pharma (“West-Ward”) sought FDA approval to market a generic version of Fanapt®, asserting that the ’610 patent was invalid and/or not infringed.  Id. at 6.  The Delaware district court found West-Ward to have induced infringement of the ’610 patent and also that the asserted claims were not invalid under § 101, § 103, or § 112.  Id. at 6-7.  West-Ward appealed.  As to patent eligibility, it contended that the claims were ineligible under § 101 as they were directed to a natural relationship, namely, the relationship between iloperidone, CYP2D6 metabolism, and QT prolongation, and added nothing inventive to those natural laws and phenomena.  Id. at 26.

A finding that a claim is not “directed to” a judicial exception ends the patent eligibility inquiry.  If, on the other hand, the claim is found to be “directed to” a judicial exception, step two requires determining whether additional elements transform the nature of the claim into a patent-eligible application.  The second step is described as the search for an inventive concept.  As to how one might conduct a “directed to” inquiry, the Federal Circuit wrote in Enfish that “the “directed to” inquiry applies a stage-one filter to claims, considered in light of the specification, based on whether “their character as a whole is directed to excluded subject matter.””  Enfish at 10 (citations omitted).  Based on this reasoning, the claims at issue in Enfish were found to be directed to a specific implementation of a solution to a problem (in the software arts), not to an abstract idea.  Id. at 18.

In CellzDirect, decided soon after Enfish, the Federal Circuit found claims directed to a method of producing hepatocytes capable of being frozen and thawed at least two times, in which greater than 70% of the hepatocytes were viable after the final thaw, as not directed to a judicial exception.  The CellzDirect court observed that the claims were simply not directed to the ability of hepatocytes to survive multiple freeze-thaw cycles (the natural law), but to a new and useful laboratory technique for preserving hepatocytes – a type of constructive process carried out by an artisan to achieve “a new and useful end,” and precisely the type of claim eligible for patenting.  CellzDirect at 8 (emphasis added; citations omitted).  The court explained that when it had found claims to be “directed to” a patent-ineligible concept, they amounted to nothing more than observing or identifying the ineligible concept itself (e.g., a claim reciting methods for detecting a coding region of DNA based on its relationship to noncoding regions).  Id. at 9.

In Vanda, the majority observed that while the inventors recognized the relationships between iloperidone, CYP2D6 metabolism, and QTc prolongation, that is not what they claimed; rather, they claimed an application of that relationship – an application that required a treating doctor to administer specific amounts of iloperidone based on the CYP2D6 metabolizer status of the patient.  Majority Op. at 30.  The court explained that the claims were a new way of using an existing drug that was safer for patients because it reduced the risk of QTc prolongation.  Id.

Judge Prost disagreed.  The judge questioned the majority’s conclusion that because the claims recite a specific application of the natural law (and not simply the natural law), they are not directed to ineligible subject matter.  Vanda, Dissenting Op. at 1-2.  Instead, the judge found that the claims, while not solely stating a law of nature, also did no more than simply direct the relevant audience to apply it.  Id. at 2.  The application of the natural law was no different from the very law, the judge noted, pointing out that the patent itself identified the invention as “compris[ing] the discovery that treatment of a patient, who has lower CYP2D6 activity than a normal person, with a drug that is pre-disposed to cause QT prolongation and is metabolized by the CYP2D6 enzyme, can be accomplish[ed] more safely by administering a lower dose of the drug than would be administered to a person who has normal CYP2D6 enzyme activity.”  Id.

The judge pointed to the Supreme Court’s scrutiny of the Mayo claim 1 recitation “that if the levels of 6-TG in the blood (of a patient who has taken a dose of a thiopurine drug) exceed about 400 pmol per 8×108 red blood cells, then the administered dose is likely to produce toxic side effects,” and reminded that although such precise correlations were not known to the people in the field, the Mayo Court regarded them as nothing more than researchers’ findings identifying the correlations with some precision.  Id. at 3-4 (internal citation omitted).  Therefore, specific dosages could not distinguish the administering step in Vanda from that in Mayo, the judge concluded.  Unlike the majority, which viewed the ’610 patent as claiming a method of treating schizophrenia with iloperidone that is safer for patients because it reduces the risk of QTc prolongation, the judge found the claims to be no more than an optimization of an existing treatment of schizophrenia, just as the claims in Mayo were an optimization of the therapeutic efficacy of thiopurine drugs.  Id. at 5.

Finally, the judge clarified that her conclusions were not at odds with CellzDirect.  In CellzDirect, the “end result” of the claims was “not simply an observation or detection of the ability of hepatocytes to survive multiple freeze-thaw cycles” but rather “a new and useful method of preserving hepatocyte cells,” the judge explained.  Id. at 7-8.  In contrast, the end result of the claims in Vanda was no more than the conclusion of a natural law, the judge observed.  The fact that a reduction of iloperidone dosage in poor metabolizers may reduce QTc prolongation, was both the means and the ends of the claim; specific dosages added no more than a conventional application of that natural law, the judge clarified.  Id. at 8.  The judge saw no distinction from Mayo.

In Vanda there was no disagreement between the majority and the dissent that a claimed method is not “directed to” an ineligible concept if it provides a new and useful application of the ineligible concept.  The two sides differed on whether the claims actually met this threshold.  While the majority found that the claims were a new and safer way of using an existing drug, to the dissent the claims simply disclosed the natural law that a known side effect of an existing treatment could be reduced by administering a lower dose.  Given that the mechanism underlying the side effect of iloperidone was known, it was predictable that using a lower dose in patients having a CYP2D6 poor metabolizer genotype would be safer.  This did not dissuade the majority, but proved to be a hurdle for the dissent.  Biotechnology inventors should take heed that in claims reciting both diagnosis and treatment steps, if the diagnosis steps are patent ineligible, the treatment steps may not save the claim in step one of the Mayo/Alice test, if the results of the treatment would have been predictable.